January 19, 2019 U.S. Comments Off on Tempe police release the body of the police camera by shooting a teenager while fleeing the police 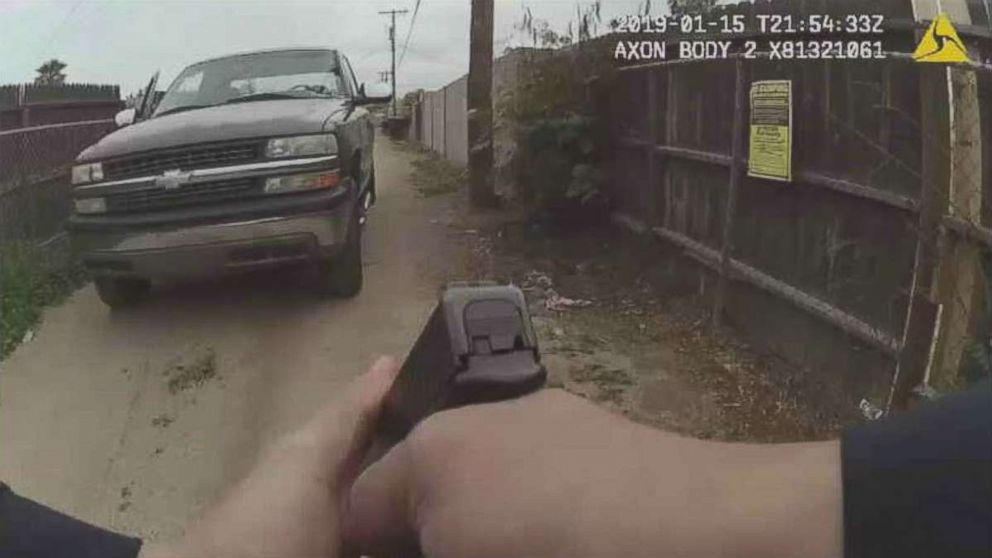 Police posted pictures of a body camera on Friday of a gunfight earlier this week in which a 14-year-old boy was shot to death while running away from an officer of the Tempe Police Department. The video shows the teenager, who ended up armed with a replica of airsoft gun instead of a real gun, with his back to the officer and at the end of an alley when he was shot.

The boy, Antonio Arce, was allegedly entering a car in the central city of Arizona when a police officer responded to the scene on Tuesday afternoon.

The video shows the officer, identified by the police as Joseph Jaen, entering an alley where the teenager was inside a gray Chevy truck. He pulls out his gun and hides behind a trash can before calling Arce "hey."

The adolescent flees in the opposite direction to Jaén when he comes out from behind the garbage can.

Jaén pbades in front of the truck, sees Arce and shouts: "Let me see your hands!"

"One of those rounds hit the suspect in the scapula area," Tempe police chief Sylvia Moir said at a news conference where the images were posted.

The video clearly shows the teenager fleeing the remote officer, an apparent contradiction to what the Tempe police sergeant. Ronald Elbad said Tuesday: "The suspect turned to the officer, at which time the officer perceived a threat and fired his service weapon."

Arce continued to run after hitting, at which point the radios of Jaén dispatched and they said: "He has a gun."

Jaén reaches the end of the alley, at which point the body camera released by the police department ends before showing the body of Arce. Moir said the officer found the suspect "lying between the sidewalk and the street" and Jaén's radio traffic for the office revealed that "they did not shoot at me, the suspect did, and it seems that he is not breathing anymore."

The officers began CPR and took him to a local hospital where he was pronounced dead.

"If they want to tarnish my son, they're wrong," Sandra Gonzalez, Arce's mother, told ABC affiliate ABC KNXV through a translator on Wednesday. "Apart from the fact that they killed him, they want to destroy him. No, I will not allow it, I want justice."

The family had not seen the images of the body camera at that time.

Jaén has been placed on administrative leave pending an investigation into the shooting.

"I only know he's better and now he's in a better place," his brother, Jason Gonzalez, 14, told KNXV. "I mean, the police officer has a Taser, right? I mean, why does not he shoot a Taser? He sees a boy." My brother would not shoot, I know he would not shoot.