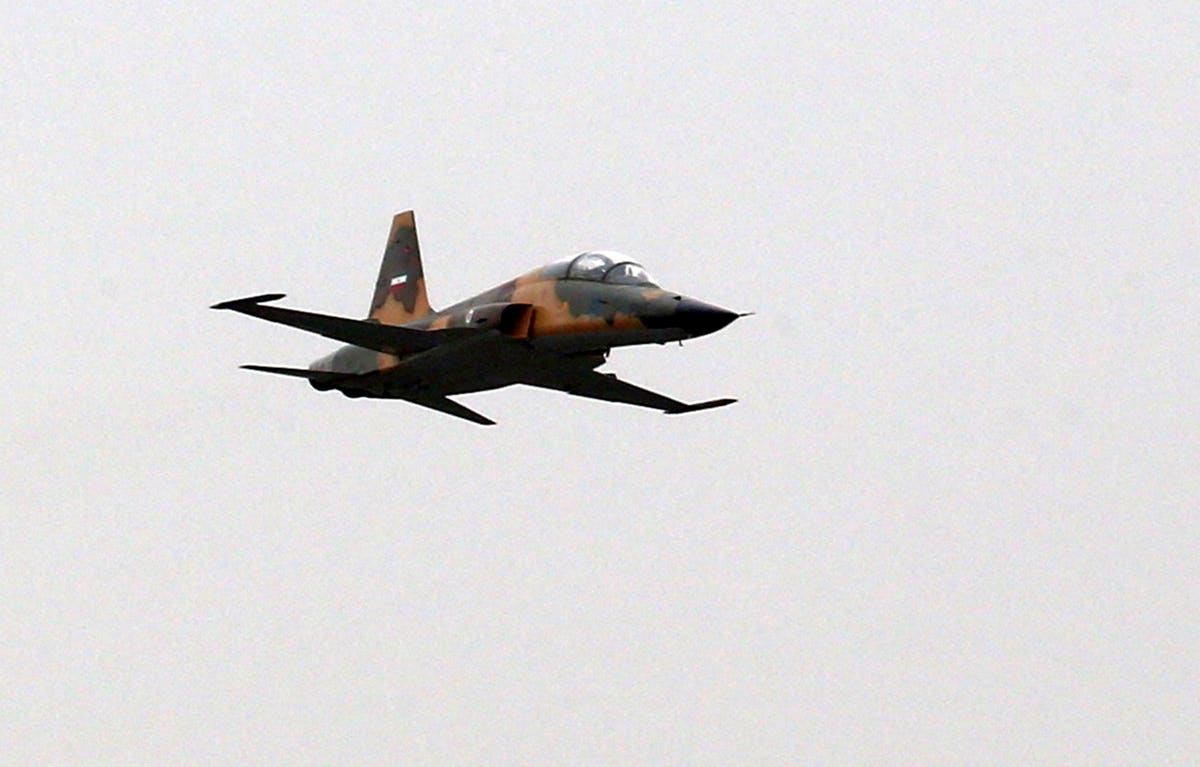 Iran is again showing its ability to manufacture combat aircraft domestically. However, these aircraft are largely based on old American aircraft, and the Islamic Republic of Iran Air Force (IRIAF) fleet still primarily consists of outdated aircraft.

On June 25, Iran’s Tasnim News Agency reported that three new HESA Kowsar aircraft built in the country were turned over to the army. In a ceremony marking the handover, military officials once again praised Iran’s self-sufficiency in building military aircraft.

While Tasnim describes it as a “fourth-generation all-indigenous interceptor aircraft,” the Kowsar appears to be a rebuilt third-generation F-5 fighter jet in the United States. Iran still owns several of these planes that were purchased during the reign of the last Shah.

The Kowsar’s presentation in August 2018 was largely analyzed by analysts, as the fuselage of the fighter is identical to that of the American two-seater F-5F rather than an entirely original indigenous Iranian design.

The Kowsar relies heavily on the F-5F fuselage, though probably with new avionics and additional updates. It is also the latest in a long line of F-5 derivatives built in Iran, such as the previous HESA Azarakhsh (first introduced in 1997) and HESA Saeqeh (introduced in 2007).

The IRIAF’s arsenal is primarily made up of fighter jets left over from the Shah’s huge military acquisitions in the 1970s. Tehran, quite impressively, has managed to keep many of the sophisticated F-14 Tomcats it purchased to date. .

In doing so, he refuted Western news reports in the 1970s that presumed that Tehran would not be able to keep these fighter jets operational without continued American maintenance and technical support.

In 2007, the US decided to completely destroy its entire fleet of iconic Tomcats for fear that the replacement parts could end up on the black market where Iran could acquire them.

However, IRIAF remains a largely outdated air force. And while Tehran repeatedly touts its ability to build what amounts to upgraded F-5s, it still wants the option of buying much more modern fighter jets in the near future.

In October, the United Nations embargo against Iran will expire as agreed in the 2015 Iran nuclear deal. The Trump administration is vehemently opposed to this and is fighting to extend it indefinitely.

Iran’s UN Ambassador Majid Ravanchi insists that extending the embargo would be “a very, very big mistake” and warned that if this happens, “Iran will have no restrictions on what course of action it should take.”

United States Secretary of State Mike Pompeo is particularly adamant that the arms embargo must be maintained. On June 23, he tweeted that if the embargo expires, “Iran will be able to buy new fighter jets like Russia’s SU-30 and China’s J-10.”

“With these highly lethal aircraft,” Pompeo continued, “Europe and Asia could be in Iran’s sights. The United States will never allow this to happen. ”

Pompeo’s Tweet included a map showing the respective ranges of the J-10 and Su-30SM, although if, as journalist Seth J. Frantzman pointed out, they were going to make a one-way trip.

While Iran might consider buying new Russian or Chinese fighters for its old air force, that is if the embargo expires and if Tehran can afford to make significant acquisitions anytime soon, it probably would not use its air force that way if history serves as any indicator.

The IRIAF never operated its fighter jets far from Iran’s borders, other than the daring air strikes deep in Iraq during the Iran-Iraq War.

Iran’s supreme leader Ayatollah Ruhollah Khomeini rejected a request to send some IRIAF F-14s to assist the Syrian Air Force against Israel early in his rule. Had he agreed, the result of the June 1982 air battles between Israel and Syria over the Bekaa Valley in Lebanon, when the Israeli F-15 and F-16 shot down 88 Syrian MiGs while suffering zero losses, could have It was very different if the Iranian F-14, armed with their deadly long-range Phoenix AIM-54 missiles, supported those Syrian MiGs.

In 2015, Iran was reported to be sending two combat squadrons, likely Fencers Su-24, to Syria to support President Bashar al-Assad’s regime. However, this never happened.

Furthermore, the notion that Iran would attempt to use its fighter jets for a long-range attack against its adversaries is unlikely given their relative ease of detection and the likelihood that they will be intercepted and shot down before reaching their targets.

In the run-up to Operation Desert Storm in 1991, military analysts ruled out the possibility that the Iraqi Air Force, then outfitted with formidable Fulcrums MiG-29 and Dassault Mirage F-1, many of which accidentally flew to Iran to evading the inevitable destruction in that US-led air war could successfully attack Israel.

On the one hand, Iraqi fighter jets would have had to fly over hundreds of kilometers of desert undetected before confronting advanced Israeli interceptors. As one analyst joked at the time, “It is very difficult to break through a network that is ready to catch you.”

Even if Iran were at war with its rival Saudi Arabia, Tehran would likely opt to use armed missiles and drones to attack Saudi targets instead of planes. This is exactly what was believed to have been done in September 2019 when drones and low-flying cruise missiles successfully evaded Saudi air defenses and damaged Saudi Aramco oil facilities in the eastern part of the kingdom.

All of this indicates that IRIAF will remain a largely outdated air force that will not operate very far from Iran’s airspace.