Taylor Trammell has a very good day, Mariners too, win 5-0 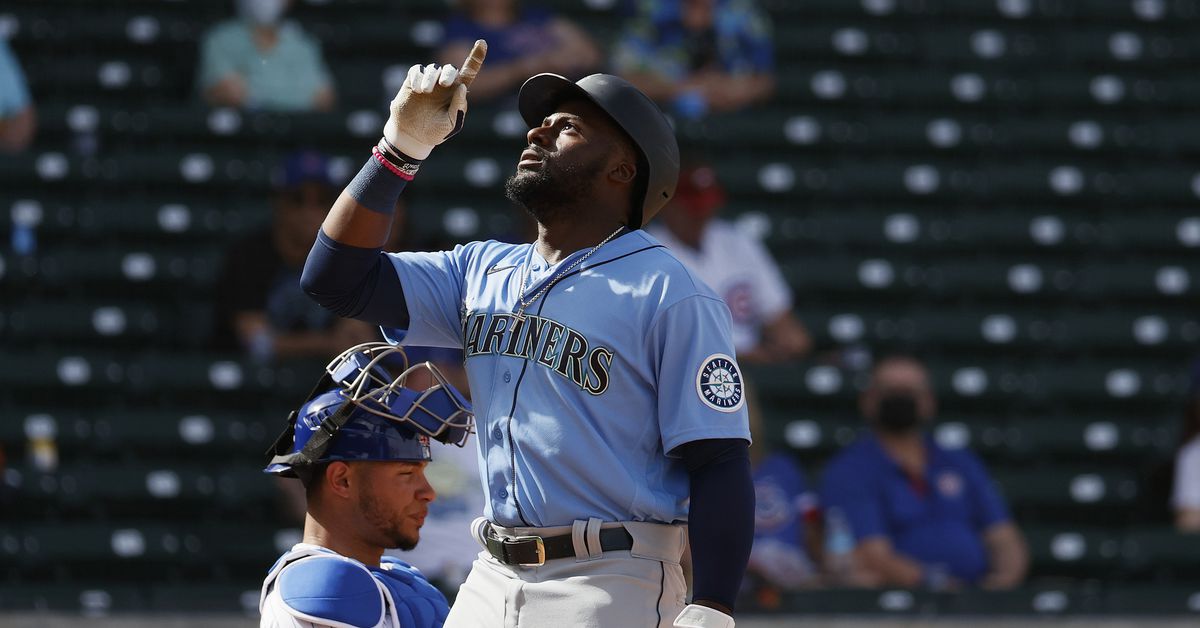 Rightly so, this recap should belong to James Paxton as the main character. Paxton was stunning today in his last spring training warm-up, allowing just two hits in four innings with nine strikeouts. Paxton was dealing with a postage stamp-sized zone from home plate umpire Alex Tosi (just like the goal of a boat captain is to never have the name of his green boat linked on Wikipedia, the goal of a umpire is not having his name hotlinked in a recap), but that didn’t stop Big Maple from making a deal, racking up nine strikeouts in four innings with two hits and no runs.

It took a while for Pax to settle down and work around that small area as he saw some base traffic in the first inning with a walk and then hit Wilmer Flores with a back foot slider, but Pax rebounded. to clear the first. He started the second with an initial hike to LaMonte Wade (Jamal’s brother, former Mariners outfield pawn) but, again, he was able to bounce back and hit the side. If the zone wasn’t going to be there for him for strikes, Pax was able to reach back and hit the batters. Darin had a great time with Ruf:

Marco Luciano had no luck:

Putting the Gory in Longoria:

The only real damage against Pax was a brace from Alex Dickerson, who was quickly stranded in third place. We’ve seen some Very Proficient Mariners pitchers in the last two seasons, but we haven’t seen divine-level pitches like Paxton in his prime, and it’s so, so exciting to have that one more time.

But really, today it belonged to this colleague:

Today Taylor Trammell was informed that after years of polishing in the minor leagues, almost enjoying the dubious distinction of being a two-time Futures Game MVP, being traded twice, he will make his major league debut on Thursday at T-Mobile. Park. Obviously, we are delighted with Taylor, a really nice guy who visited us on the podcast earlier this winter (and said goodbye wishing his own a “day of very happy women and girls in sports” and thanked me for being here, consolidating it as my favorite forever); gave a very moving interview on the broadcast talking about what getting the call from the greats means to him, which is worth watching if you can.

But as he has done all spring, today Trammell gave his strongest speech on the field. He got the Mariners on the board in the second with this base-loaded single from a struggling Scott Kazmir:

(The bases were loaded thanks to a single by Torrens, a single by Evan White and a walk by Jake Fraley, all of which were good things. Fraley would later score in the rare spring training balk to make the score 3 -0 on the Mariners).

But that wasn’t enough for Taylor “you can’t spell Seattle without TT” Trammell, who took advantage of a Giants error (a free kick pop-up) to get this pitch that Taylor Trammell definitely tattooed:

The Trammell-powered offense would be all the Mariners would need, especially with the Seattle Mariners pitching staff posting 20 strikeouts. Half of that was Paxton, obviously, but Vinny Nittoli added one on his clean inning, Drew Steckenrider added two more while still looking solid as he came back from injury, as did JT Chargois in the ninth, and Paul Sewald finally struck out next. He made it an adventure though, going walk-strikeout-walk-strikeout-walk-strikeout. Please, Paul, I just ate. Keynan Middleton also struck out next door, sporting some new Mariners-colored dreadlocks and some additional dirt on his fastball, which hit the 96, as he beat the Giants batters who trudged to face him:

Technically, there’s another spring training game on Monday (but it’s radio-only, so does it even count?), But let’s pretend it was tonight. It’s easy enough to get excited at the idea of ​​seeing James Paxton climbing the mound every six days and taking down hitters like he’s done in his last two outings, a jolly Taylor Trammell pacing the outfield and Keynan Middleton and company throwing flames. of the bullpen. That will do, yes indeed. That will be fine.