Taylor Swift was the draw – but not the real star – at KIIS-FM’s Jingle Ball – tech2.org 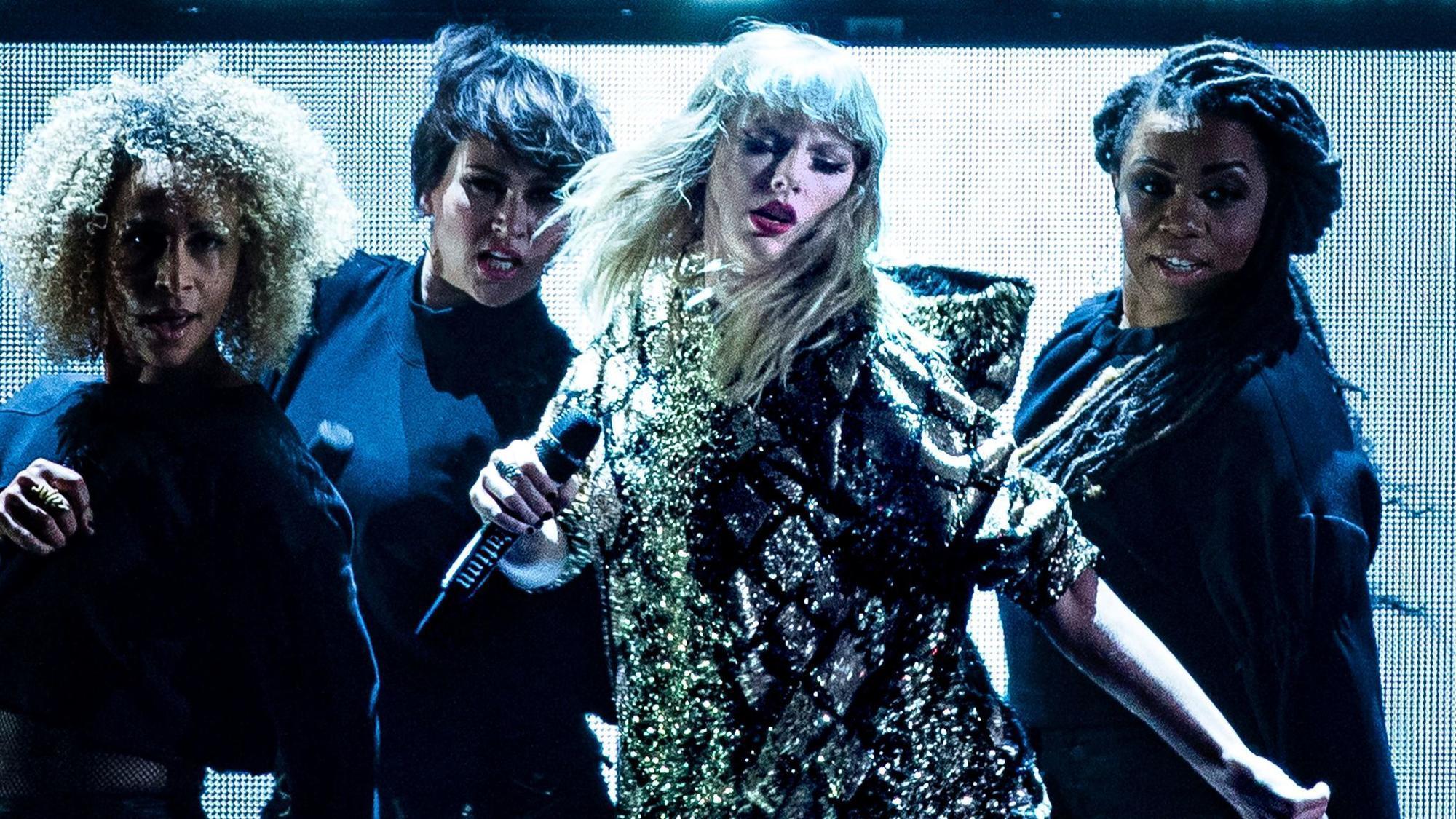 The dressing rooms at the Forum must have been as comfortably appointed Friday night as they've ever been.

That was at least one conclusion you may have drawn when Ed Sheeran, who'd opened KIIS-FM's annual all -star Jingle Ball concert a little after 7:30, popped back out onstage more than four hours later to join his friend Taylor Swift for a first-time live performance of their new song "End Game."

Presented as a cheerful holiday party not pop fan – or pop star – would want to miss, Jingle Ball is actually one of the year's last big for any artist wanting to ensure his or her songs continue to be played on Los Angeles' most powerful Top 40 radio station

And at a moment of deepening media fragmentation, when reaching a mbad audience is harder than ever, that means every artist in the game. So in truth Sheeran's dressing room could have been cold and dark and he'd still have stuck around to kiss the ring.

Few on Friday's bill made you forget about the evening's transactional nature, least of all Sheeran, who's like somebody being forced to pick up roadside litter as he strummed his earnest acoustic ballads "Perfect" and "Thinking Out Loud."

A couple of years ago the latter tune won to Grammy Award for song of the year, but this week Sheeran was unexpectedly snubbed for major nominations for the next Grammys – which made his rendition of "Shape of You," widely tipped beforehand to receive some major nods, feel even more grimly dutiful.

Scowling theatrically as she flipped her blond hair, the singer brought an appealingly nasty edge to "… Ready for It?" and "End Game," in which she taunted her "big enemies" and Sheeran delivered to rapid-fire verse describing the "chips on both of my shoulders."

But you would not say Swift appeared to be having fun exactly – or rather that she was finding much inspiration in Jingle Ball's businesslike atmosphere.

At one point she remade "I Don 't Wanna Live Forever, "her and Zayn's dark electro-pop duet from" Fifty Shades Darker, "as a tender country tune with strong vocals and the beginnings of an impressive arrangement. Fleshed out, it's likely to be a highlight of the full show she takes on tour next year.

Here, though, the song felt rushed, not quite thought through; It had a distinct whiff of good-enough, a rarity for this most ambitious and exacting of pop superstars.

At least Swift was making half a go of it. The EDM bros of the Chainsmokers – one wearing his red-plaid "Christmas pants," as he said proudly – seemed to be giving about 20% of their attention to their performance, both the loudest and dullest of the night.

Ditto Liam Payne, who sleepwalked – sleep-gyrated? – through his oily R & B tracks, and Payne's former One Direction bandmate Niall Horan, who almost lulled the place to sleep with his dreary folk ditties.

As always, Demi Lovato made every other singer look lazy in lung-busting renditions of " Tell Me You Love Me "and" Sorry Not Sorry, "fierce soul declarations from the excellent album she released in September. But her set had no internal logic; the new songs were jammed against much dumber old ones (including "Cool for the Summer") that only emphasized the burden of old KIIS playlists.

Two performers disrupted Jingle Ball's clock-punching vibe. The first, surprisingly, was Puth, a textbook industry climber who put across genuine charm and daffy enthusiasm in "Attention" and a gospel-fied take on "See You Again."

The other was Kesha Backed by an improbably large live band featuring several horn players, she appeared not to have been told that this was not her show as she tore into "Woman," to swinging retro-R & B jam with loads of radio-unfriendly language.

And she was Just as raw in her ballad "Praying," which describes her mistreatment at the hands of a tormen Dr. Luke, who's publicly accused of badual and emotional abuse.

Singing with her eyes closed and her mind who knows where, Kesha tapped into something deep and believable Friday – a real artist amid a bunch of people at work.