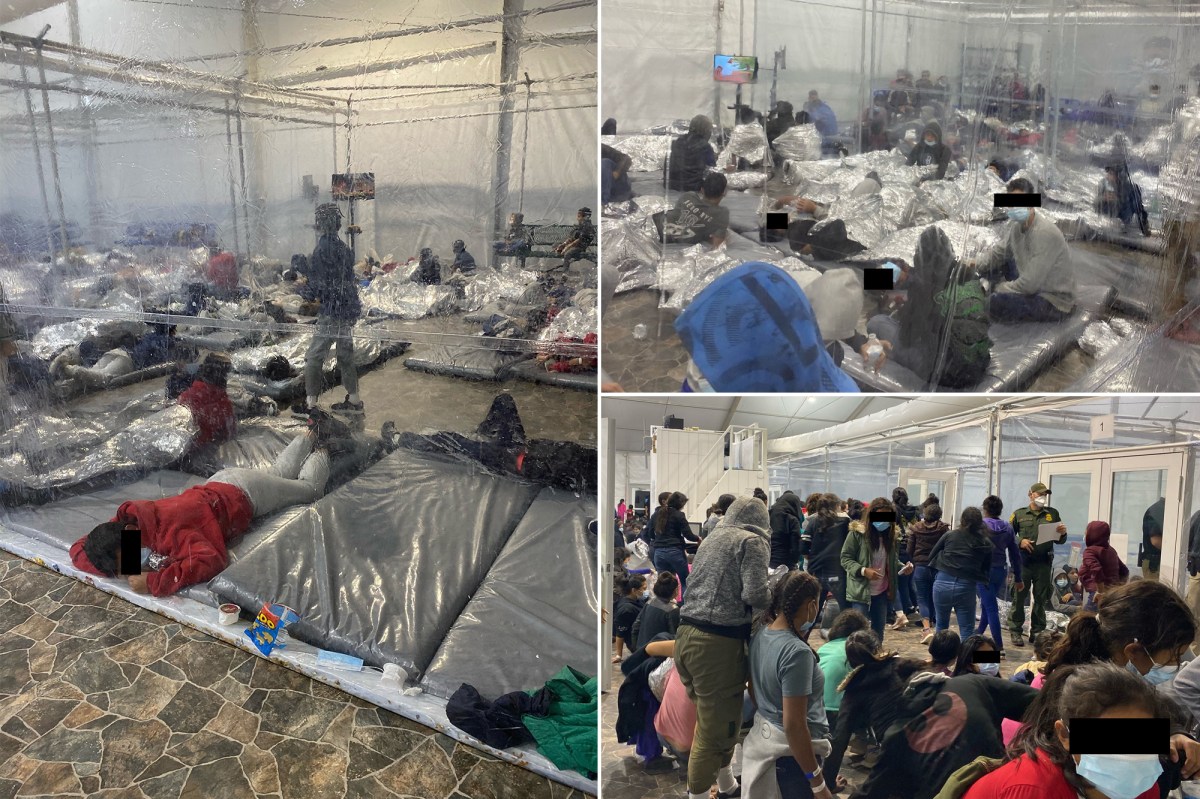 Photos taken from inside a temporary migrant shelter at Texas Customs and Border Protection offer a sobering insight into the overcrowded conditions faced by hundreds of children in US custody.

The photos, provided to Axios by Rep. Henry Cuellar (D-Texas) on Monday, were taken over the weekend at a “soft-sided” CBP facility in Donna, Texas. He said he did not take the photos himself.

They come as the Biden administration continues its unprecedented media lockdown on these facilities, and the Department of Homeland Security steadfastly refuses to allow journalists to visit and report on the conditions.

Speaking to Axios, Cuellar described what he saw as “dire conditions for children,” arguing that minors must be transferred much faster to the care of the Department of Health and Human Services.

Under US law, unaccompanied minors must be transferred from CBP to HHS care within 72 hours.

But in the wake of the spiraling crisis at the border, children have been reported to be in CBP care for more than 10 days.

The new administration’s efforts to undo the border policies of former President Donald Trump have unleashed a flood of illegal Central American and Mexican migrants at the U.S. border, including thousands of unaccompanied children.

Children, who enter the US without their parents or another adult, spend an average of 136 hours in Border Patrol custody before being turned over to Health and Human Services.

Given the extraordinary crisis facing the Border Patrol, Cuéllar argued that agents were “doing the best they could under the circumstances,” but “are not equipped to care for children” and “need help from the administration.”

More photos provided by the Democratic House showed children huddled in the middle of a contagious pandemic, a problem that will only get worse as the increase in migrants is expected to increase.

Customs and Border Protection recorded more than 34,000 crossings in just 19 days, as of last Thursday. As of Saturday, there were 10,000 migrants in CBP custody overall.

Cuéllar did not immediately respond to The Post’s request for comment.

The White House did not immediately respond to The Post’s request for comment.