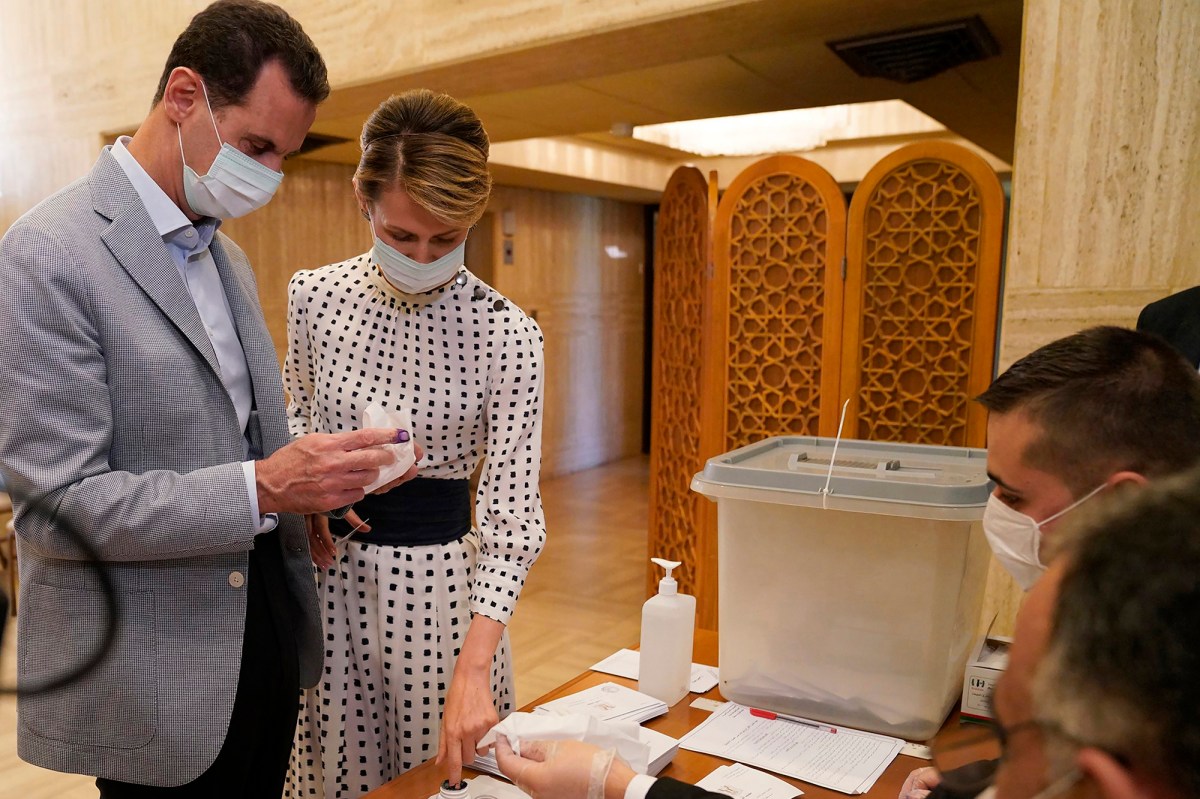 DAMASCUS, Syria – Syrian President Bashar Assad and his wife tested positive for the coronavirus, the president’s office said Monday, and both had only mild symptoms of the disease.

In a statement, Assad’s office said the first couple did PCR tests after experiencing minor symptoms consistent with the COVID-19 disease. He said Assad, 55, and his wife Asma, who is 10 years younger and announced her recovery from breast cancer in 2019, will continue to work from home, where they will isolate themselves for two to three weeks.

Both were in “good health and stable condition,” he added.

Syria, marking 10 years of war next week, has recorded nearly 16,000 virus cases in government-controlled parts of the country, including 1,063 deaths. But the numbers are believed to be much higher with limited amounts of PCR testing being done, particularly in areas of northern Syria outside of government control.

The pandemic, which has severely tested even developed countries, has been a major challenge for Syria’s health sector, already depleted by years of conflict.

Syria began a vaccination campaign last week amid growing numbers of infection cases, but no details on the process have been released, nor have local journalists been allowed to witness the launch. The health minister said the government acquired the vaccines from a friendly country, which it declined to name.

The announcement came days after international and Israeli media reports revealed that Israel paid Russia $ 1.2 million to provide the Syrian government with coronavirus vaccines. It was reportedly part of an agreement that secured the release of an Israeli woman detained in Damascus. The terms of the underground trade negotiated by Moscow remained murky. Damascus denied that it happened and Russia had no comment.

Israeli funding of Syria’s vaccination efforts would be an embarrassment to the Assad government, which considers Israel its main regional enemy.

It was not immediately clear whether Assad, who has been in power since he replaced his late father in 2000, or any of his relatives have been vaccinated.

Syria has been embroiled in a civil war for the past 10 years since anti-government protests that began as part of the Arab Spring uprisings escalated into an insurgency in response to military crackdown. A decade of fighting has resulted in the deaths of hundreds of thousands of people and millions of displaced people.