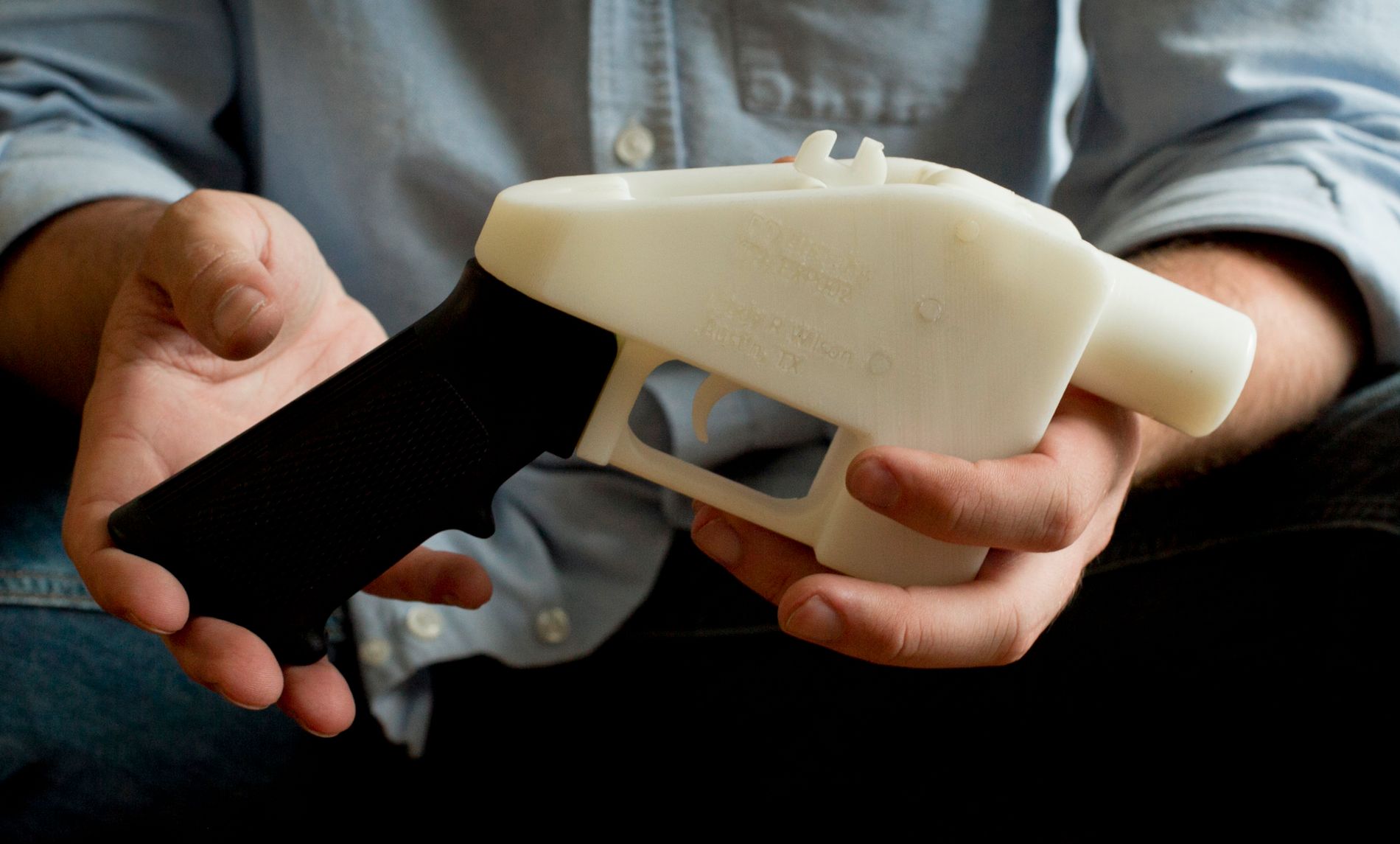 Cody Wilson with his weapon "The Liberator", manufactured by a 3D printer. Archive image.

A US court has put sticks in the wheels for the possibility of completely legally downloading drawings to weapon parts that can then be printed with a 3D printer. The decision came just hours before the drawings were published online.

Eight states have appealed against the decision to grant the company Defense Distributed permission to publish 3D-weapon drawings on its website.

Judge Robert Lasnik says that the publication of these drawings could pose great danger to American citizens.

The drawings allow you to print parts of a gun that is relatively simple to build together. Many people are worried that these weapons are missing serial numbers and can not be traced. In addition, they are difficult to detect when manufactured in plastic and do not give rise to metal detectors.

Defense Distributed, not hesitating with its opposition to tougher weapons legislation in the United States, got the state after a multi-year legal battle that started in 2013. But On June 29 this year, the decision was made that the government decided to cancel its part.

Company lawyer Josh Blackman said during Tuesday's hearing that the drawings had been uploaded on the company's website already on Friday. The publication of these files is now illegal under federal law, says Judge Lasnik.

– There are 3D printers in colleges and public spaces and the likelihood of potentially irreparable damage is great, says Lasnik.