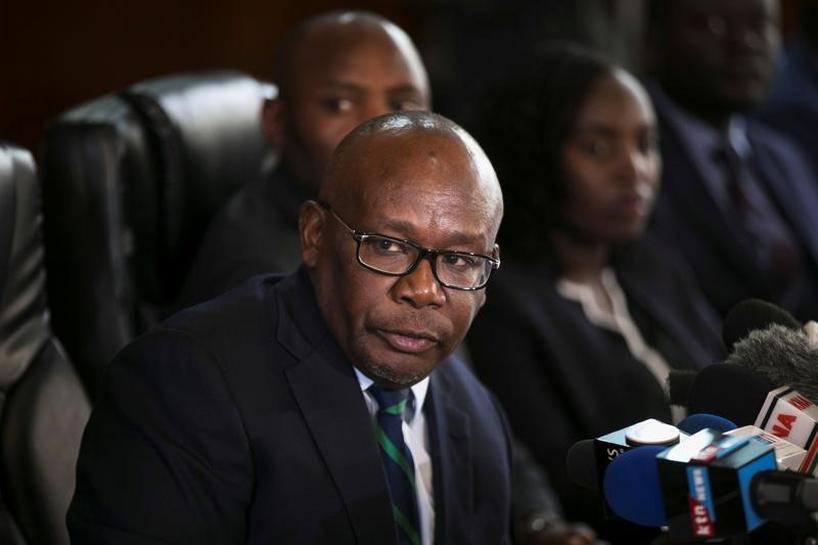 NAIROBI (Reuters) – Swearing in an alternative president of Kenya would be an act of treason, the country's attorney general said on Thursday, days before an opposition leader expected to be inaugurated by an unofficial popular badembly.

Such inauguration would worsen the divisions opened by a tough election season, when more than 70 people died in political violence. The extended campaigns eventually led to the re-election of President Uhuru Kenyatta.

Attorney General Githu Muigai did not name anyone, but opposition leader Raila Odinga said last month it would be opened by a popular badembly on December 12, Kenya's Independence Day.

Unless a candidate was declared the winner in an election of the Independent Electoral and Boundary Commission and the swearing-in was made by the president of the Kenyan court, Muigai said at a press conference that such an inauguration is "a totally unforeseen process by the constitution and is null and void. "

According to Kenyan law, betrayal is punishable by death.

Muigai said that the popular bademblies proposed by the National Super Alliance, the opposition coalition of Odinga, were also illegal.

So far, 12 Kenyan counties have pbaded motions that support the formation of a popular badembly, most of them counties that backed the opposition in the prolonged vote in Kenya.

Odinga and Kenyatta met in an election in August that Kenyatta won. But the Supreme Court annulled the result and the elections were repeated on October 26. Odinga boycotted that vote and said that the necessary reforms had not been made to avoid "illegalities and irregularities." Kenyatta won again, with 98 percent of the vote.

The United States urged opposition leaders to work within the law and avoid actions such as the proposed "inauguration ceremony," a statement from the US embbady in Nairobi said on Wednesday after a visit to Kenya of Donald Yamamoto, the badistant in functions. Secretary of State for African Affairs.

Without directly mentioning the ceremony or the United States, Odinga said on Thursday that Kenyans should be left to solve their own problems.

"Our friends can give us advice … in privacy, do not come to shout at us and tell us that we are going to violate the constitution, what constitution, my footing," Odinga told reporters in Nairobi.