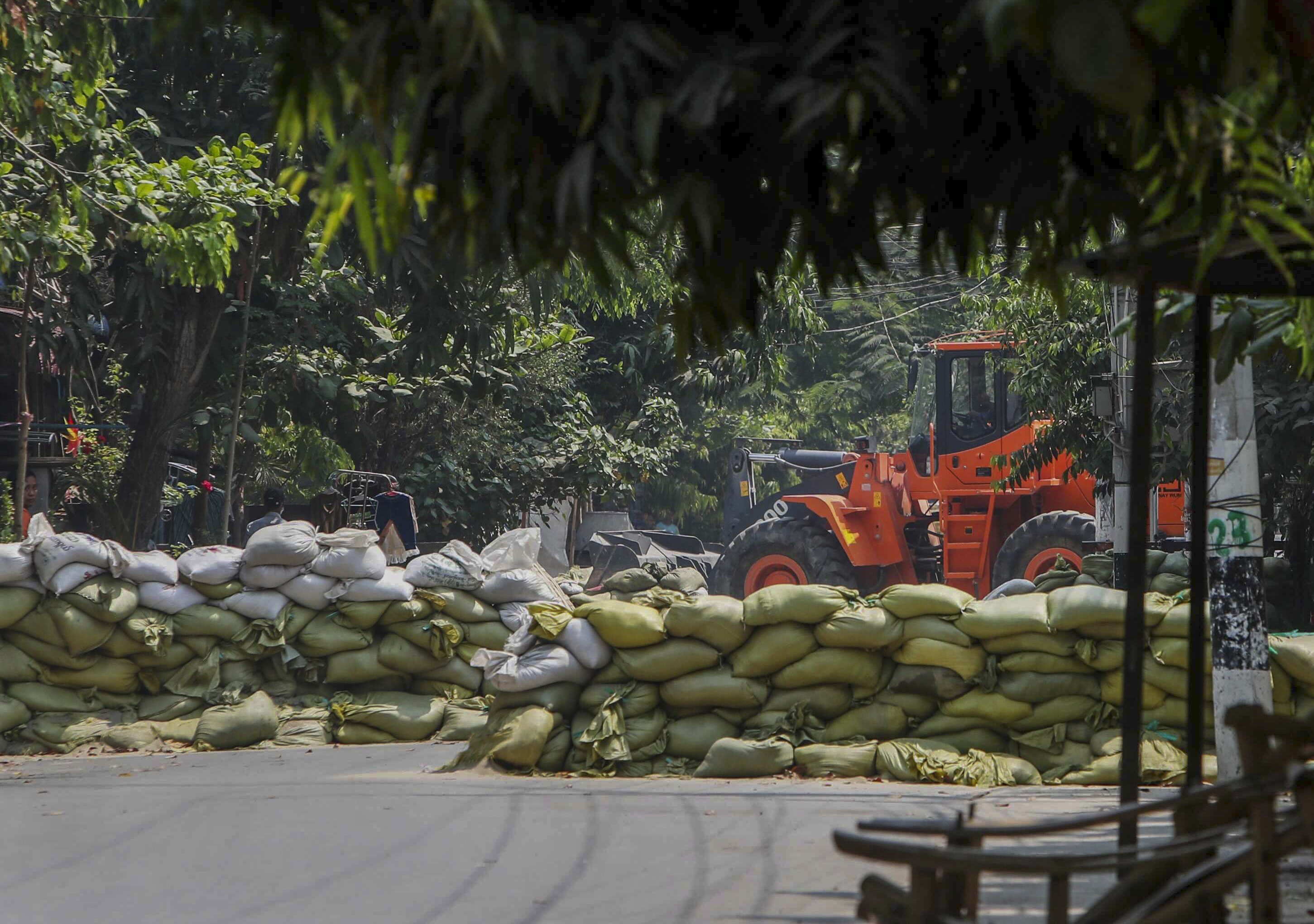 MANDALAY, Myanmar (AP) – A Myanmar construction mogul with ties to military rulers said he personally gave more than half a million dollars in cash to deposed leader Aung San Suu Kyi in a broadcast on state television aimed at discrediting the ousted man. civil government.

Maung Waik’s statement could pave the way for more serious charges against Suu Kyi, who has been detained since the February 1 military takeover, as security forces increasingly use lethal force against a popular uprising demanding the restoration of democratically elected leaders.

The military has already tried to implicate Suu Kyi in corruption, claiming that a political ally gave her $ 600,000 plus gold bullion. She and President Win Myint have so far been charged with inciting a riot, possessing walkie-talkies and violating a pandemic order limiting public gatherings.

In the latest salvo of indictments, Maung Waik, who was previously convicted of drug trafficking, told state television that he gave cash to government ministers to help their businesses. He said the money included $ 100,000 given to Suu Kyi in 2018 for a charitable foundation named after her mother, $ 150,000 in 2019 for which she did not specify a reason, $ 50,000 last February and $ 250,000 in April, again without a specified purpose.

The country’s Anti-Corruption Commission is investigating the allegations and vowed to take action against Suu Kyi under the Anti-Corruption Law, the state-run Global New Light of Myanmar newspaper reported on Thursday.

Meanwhile, a court issued an arrest warrant for the country’s ambassador to the UN, Kyaw Moe Tun, accused of treason, the newspaper reported.

The accusation stems from his statements on February 26 at the UN headquarters, in which he condemned the coup and called for “the most energetic action possible from the international community” to restore democracy in his country.

Also charged with treason was Mahn Win Khaing Than, the civilian leader of the Myanmar government in hiding, the newspaper said. The acting vice president and member of Suu Kyi’s political party had promised on Saturday to continue supporting a “revolution” to oust the military from power.

On Thursday, residents of a Yangon suburb set fire to barricades in the streets to block off riot police.

The video showed large plumes of smoke rising over the Tha Mine area in the city’s Hlaing Township, with another barricade burning fiercely in the middle of a residential area. One resident, who declined to be named for fear of retaliation, told The Associated Press that protesters set them on fire after hearing that a column of police trucks was on the way.

Building barricades, and occasionally burning them, is now a tactic established by the junta’s opponents across the country to impede the movement of the police and military. The barriers also provide some protection against the now frequent use of live ammunition against them.

On Wednesday, at least two people were shot and killed in Kalay, in northwestern Myanmar, according to media and social media posts that included photos of the victims. More than 200 people have been killed by security forces since the coup, according to credible figures.

On Thursday, the chief of the board attended an online meeting of military leaders from the Association of Southeast Asian Nations, or ASEAN.

It was a rare appearance by General Min Aung Hlaing to an international gathering since the coup.

The ASEAN president earlier this month called for an end to the violence in Myanmar and talks to try to reach a peaceful agreement.