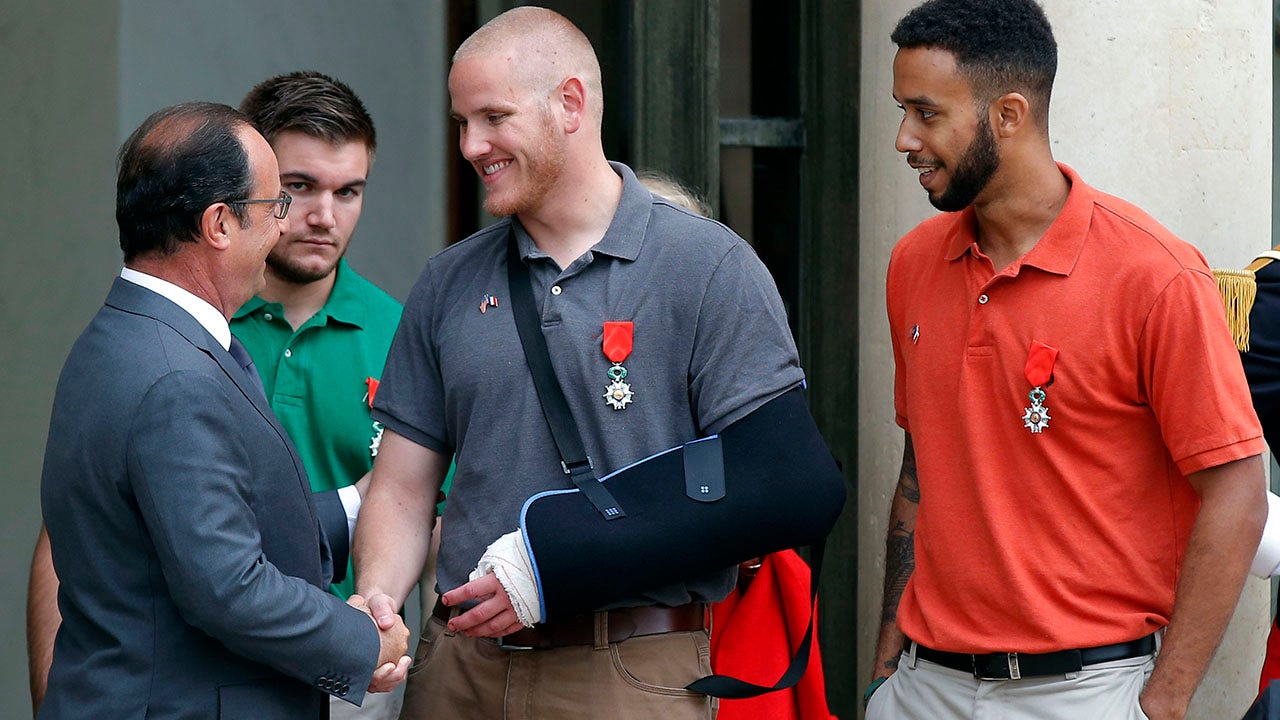 A suspected Islamic extremist went on trial in Paris on Monday in 2015 for an attack on a high-speed train that injured several passengers before bringing three Americans.

On 31 August, Morocco’s national Job El Khazani boarded the train with an arsenal of weapons to travel from Amsterdam to Paris on 21 August 2015. He shot a passenger and wounded two others with a cutter.

Three Americans – two American soldiers and a student – who have thwarted the attack, are expected to testify at the month-long trial.

His lawyer Thibault de Montréal said in the courtyard on Monday that his “very brave intervention” caused a “slaughter”.

“More than 300 people could have been killed in this terrorist attack, based on the ammunition found in that terrorist and his bag,” he said.

Clint Eastwood turned the theatrical event into the Hollywood film “The 15:17 to Paris”.

El Khazani appeared in court on Monday, flanked by security guards, while the trial dealt with massive procedural issues, including whether Eastwood would be needed. The actor-director has not yet responded to the summons.

Macron of France returns to ILLEGAL IMMIGRATION to continue the ‘Territorial Threat’.

Authorities said the 31-year-old Morocco spent several months in Syria and boarded the train in Brussels. He is accused of attempted terrorist murder. He faces a maximum life sentence in prison if found guilty.

Three others, who were not on the train, are also being tried as alleged accomplices.

In this Aug.21, 2015 file photo, a police officer videoed the crime scene inside a Thales train at the Arras train station in northern France, when a gunman fired with an automatic weapon. (AP photo, file)

According to investigators, Al Khazani emerged from a toilet bare-chested between cars equipped with a Kalashnikov, nine clips with 30 rounds, an automatic pistol and a cutter. He shot a French-American man with a pistol when he wrestled Kalashnikov from afar.

23-year-old American airman Spencer Stone has stated that he was coming out of deep sleep when the gunman appeared. He said that 22-year-old US National Guardman, who had just returned from Afghanistan, said Alien Scarletos, “just hit me on the shoulder and say ‘let’s go.”

Everyone, from California, skipped out of what Scarlatos had said in the days of a news conference, “gut instinct.” Stoneman and Scarletos leave to tackle the gunman and take his gun. A third person, Anthony Sadler, 23, then a student, helped subdue the attacker.

Al Khazani was arrested in Arras, where the train was re-run.