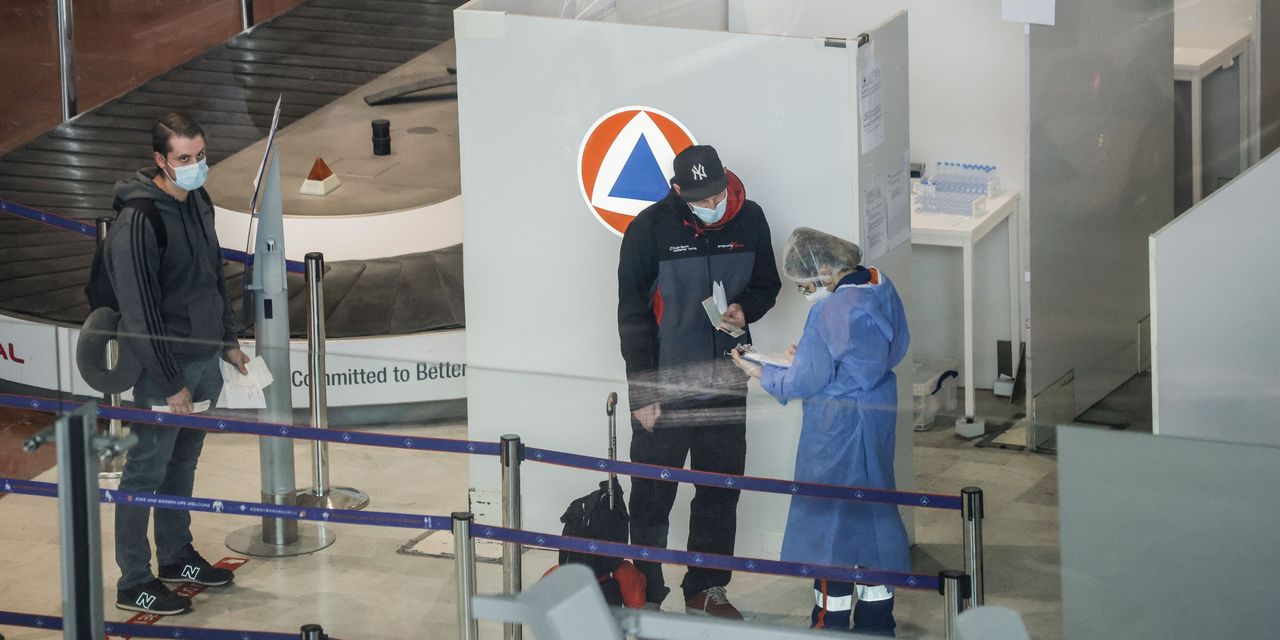 Many international travelers are likely to need to prove they are vaccinated or Covid-19 free if they plan to travel later this year, after the European Union and China said they would go ahead with “vaccine passport” plans.

China is working to release certificates that will declare a person’s vaccination status or recent test results, according to its Foreign Ministry. Similarly, the European Commission plans to present proposals this month for a “digital green pass” for EU citizens, which will specify whether someone has been vaccinated and, if not, provide details of their test results.

EU leaders hope it will take three months to get the program up and running.

“The goal is to train them gradually [EU citizens] to move safely in the European Union or abroad, for work or tourism ”, said the president of the European Commission, Ursula von der Leyen.

Last week, the UK also said it was weighing the pros and cons of digital passports, after initially ruling them out.

The Biden administration has not said whether Covid-19 vaccines will influence US travel requirements. The US Centers for Disease Control and Prevention has yet to issue guidance on the matter, saying that there are no established international standards for vaccines or vaccination documentation.

“Until then, all air passengers traveling to the US, regardless of their vaccination or antibody status, must provide a negative Covid-19 test result or recovery documentation,” the CDC spokeswoman said. , Caitlin Shockey.

Many disease experts and the World Health Organization are wary of vaccine passports because it is unclear whether or not vaccinated people can transmit the virus. However, governments are increasingly embracing the idea as a potentially useful tool to underpin the post-pandemic economic recovery.

China’s move marks a departure from its earlier skepticism regarding vaccine passports. Its Foreign Ministry said Beijing was willing to explore the issue, “to provide a reliable guarantee for a healthy, safe and regulated new order for cross-border exchanges of people.”

China now expects to inoculate 40% of its population by the end of July, up from the current 3.56%, according to Zhong Nanshan, director of China’s Covid-19 vaccine research and development committee.

The chief epidemiologist at the Chinese Center for Disease Prevention and Control, Wu Zunyou, said the US could achieve 90% herd immunity by August and proposed opening travel between the US and China if that it happened.

“If we could remove all political barriers, based on science alone, the two countries could be the first to remove all barriers to free travel,” Wu said.

For its supporters, the vaccine passports would allow the resumption of business travel and tourism, which would help the economies affected by the pandemic to recover. In the past year, many countries have imposed outright bans on inbound travelers, and many still impose burdensome testing and quarantine requirements for visitors and returnees.

Among the strongest proponents of the idea are airlines and tourism-dependent countries, which are pushing to normalize international travel as much as possible for the summer.

The International Air Transport Association will launch an app this month that will allow travelers to upload a photo of their vaccination documents. Those photos would be verified, with staff and software checking to see if, for example, the clinic listed in the document exists and has been providing vaccinations.

Are you planning to travel in 2021? Should you prove that you are virus-free to do so? Join the conversation below.

Eventually, travelers should be able to scan their face and thumb at the airport to move freely across borders, said IATA Senior Vice President Nick Careen. Some countries may opt for the system, while others may repress themselves.

Since the fall, the association has been trying to enlist WHO’s support for its proposal, he said, but has made limited progress.

“We continue without them … We have countries that are going to go against it if they cannot get tourists and they are not small countries: Spain, Greece, Thailand,” said Careen.

Within Europe, the problem has pitted tourism-importing places like Cyprus and Greece eager to jump-start international travel for the summer, with countries like Belgium, France and Germany being more cautious. Among their concerns is the risk that discriminating against unvaccinated people will be politically problematic in countries like France, where polls show that roughly half the population is hesitant to receive a vaccine.

So far, the WHO has refused to endorse a vaccine travel certificate, saying it needs more information. At the bottom there are two problems: Immunologists still do not know how easily vaccinated people can spread the virus without knowing it, although early indications suggest that such risk may be low.

Second, some WHO leaders have expressed concern that allowing vaccinated people to travel freely while maintaining border closures and mandatory quarantines for others could be discriminatory: 75% of all doses administered so far have been in just 10 countries, United Nations Secretary-General António Guterres said in February.

Vaccine passports tend to “restrict travel more than allow travel,” said Mike Ryan, executive director of the WHO emergency program, last month. “We do not anticipate this to be an immediate requirement or need, but certainly one that will have to be discussed in the coming months.”

While some epidemiologists see vaccine passports as a possible way to foster greater acceptance, others are concerned that new variants of the disease will spread if people are allowed to cross borders again, and they want Europe and North America impose the kind of strict general travel bans. and mandatory quarantines in hotels in New Zealand and Australia.

Governments should eliminate the disease before allowing visitors, and then only allow travelers from elsewhere who have eradicated the virus, said Deepti Gurdasani, a senior lecturer at Queen Mary University of London, who opposes the vaccine exemptions.

“We really need to rethink our strategy around this,” he said. “From a scientific perspective, this doesn’t make any sense at the moment. These kinds of things lead to a false sense of security. “