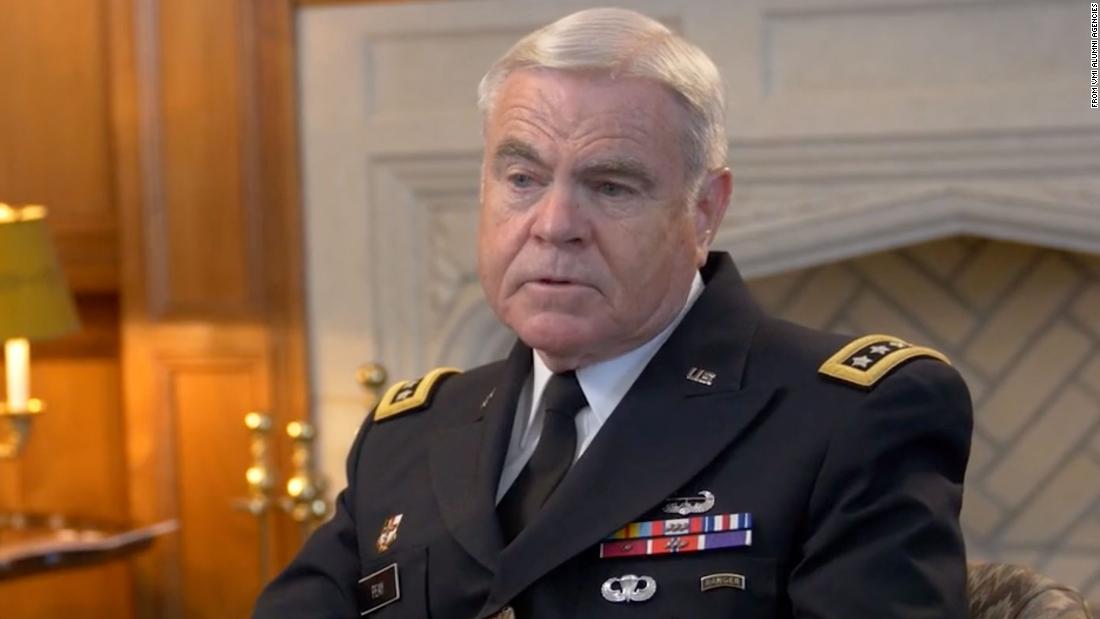 Gen. JH Binford Pye III, 80, who has led the school since 2003, offered his resignation after learning that the governor and other state legislator leaders had lost faith in him and wanted his resignation, he told the VMI Board. Written a letter to the President of Visitors, John W. Boland.

He wrote, “It is an honor for my life to be the Superintendent of VMI for seventeen years. I will always and all our cadets, alumni and the entire VMI family love the Institute.”

“General Pye is a great American, patriot, and hero. He has changed our school for the better in every way,” Boland wrote. “General Pye and his wife Pamela serve as a model of dedicated service to our nation and the Commonwealth. We wish them well in their future endeavors.”

P’s resignation comes after allegations made by The Rancock Times and the Washington Post in June earlier this month against black students and alumni against the school.

Located in Lexington, Virginia, VMI is a public military college with an enrollment of approximately 1,700 students. Last year, VMI counted 102 black students in its enrollment – about 6% of the student body.

Former cadets described the racism of the Rannoch Papers White Cadets, who were forced to re-enact a Civil War battle in which VMI cadets took part and to salute the statue of Thomas J. of first-year students. Abandoned the necessity. “Stonewell” Jackson, a former VMI professor, Confederate general and slave.

The Washington Post story features allegations from several students and alumni outlined in a letter from state leaders, as well as a 2017 incident in which white cadets dressed in boxes, representing the southern border wall, against Mexicans Exerted a disgraceful effect.

Last week, state leaders wrote a letter to VMI’s Governing Board of Visitors, citing reports that said the school’s value, sacrifice, respect and service “are not an extension of all students.” The letter cites reports of “vicious attacks on social media”, a somberus threatening to remind a fellow underclassman and a professor about his family’s involvement in the Ku Klux Klan.

It further claimed that the state-run military college in Lexington continues to embrace the Confederacy, as well as “an inaccurate and dangerous ‘Lost Cause’ version of Virginia’s history.” The “Lost Cause” ideology asserts that the Southern War effort was heroic and that its rights were not slavery, despite evidence to the contrary, being the leading cause of Confederacy.

“It has been a long time to shelter these remains in the dustbin of history,” the letter said. “This culture is unacceptable for any Virginia institution in the 21st century, especially funded by taxpayers.”

In a response, Boland said he welcomed the “independent review of VMI’s culture”, but said the allegations were more to do with an individual’s omission than the institution’s culture.

He wrote, “These incidents were mistaken by some and were not defended by the institution in any way.” “Virtually all colleges in 50 states can point to inappropriate behavior by their students or faculty members. VMI is not immune. However, systemic racism does not exist here and a fair and independent review will make it true.”

Lieutenant Governor Fairfax responded to the PA’s resignation on Monday, expressing hope for the future of VMI.

“One person’s departure does not fix a systemic problem that we must face comprehensively,” he wrote. “We cannot continue to pretend that racism directed at African American cadets are fantastical incidents, linked to a culture of long-standing racism.”