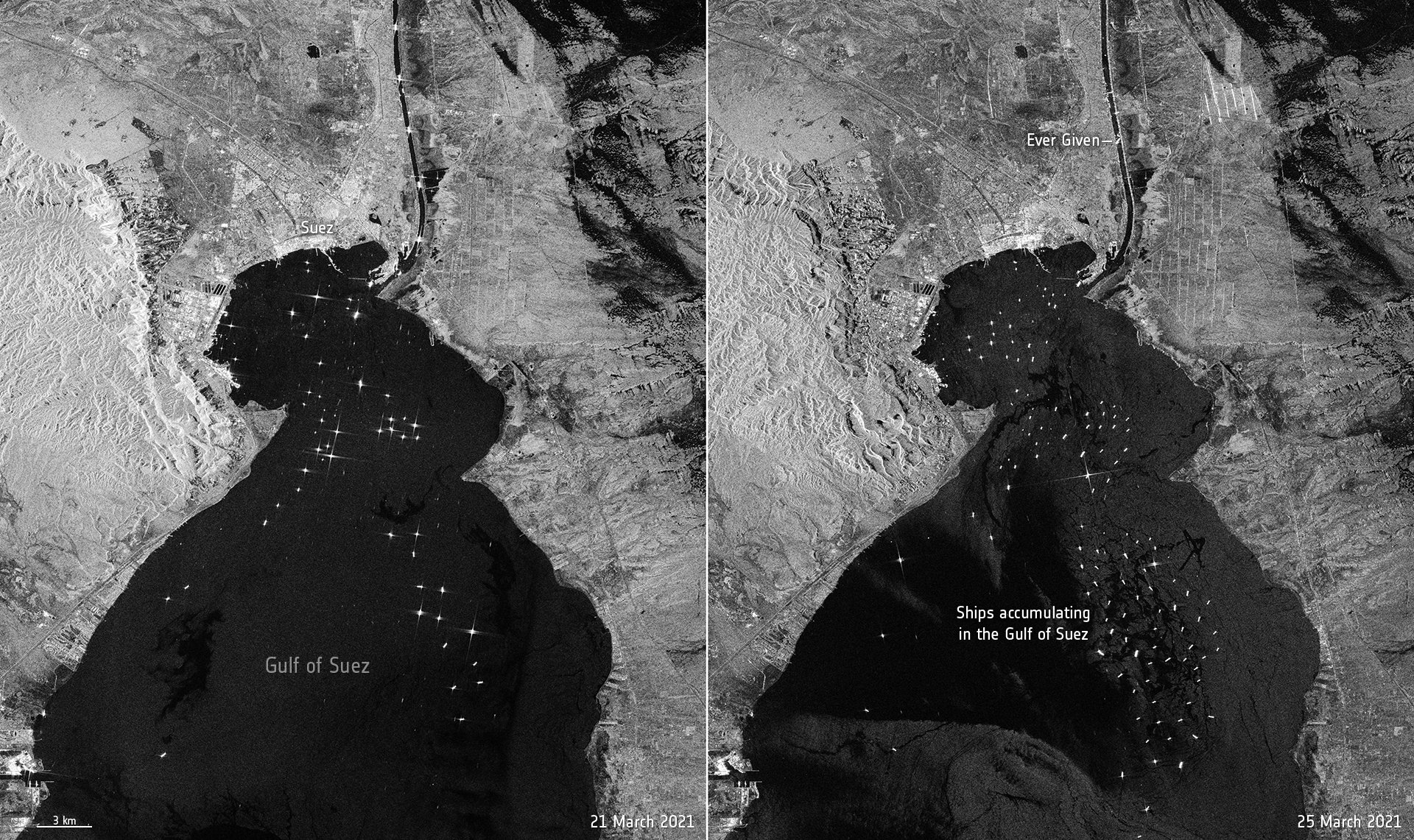 SUEZ, Egypt (AP) – A giant container ship remained stuck sideways in Egypt’s Suez Canal for the fifth day on Saturday as authorities prepared to make further attempts to free the ship and reopen a crucial waterway from east to west for global shipping.

The Ever Given, a Panama-flagged ship that carries cargo between Asia and Europe, ran aground Tuesday in the narrow canal that runs between Africa and the Sinai Peninsula.

The huge vessel got stuck in a single-lane stretch of the canal, about six kilometers (3.7 miles) north of the south entrance, near the city of Suez.

Bernhard Schulte Shipmanagement, Ever Given’s technical manager, said an attempt on Friday to free him failed. Plans were in the works to pump water from the interior spaces of the ship, and two more tugs should arrive Sunday to join others already trying to move the massive ship, he said.

An official with the Suez Canal Authority said they planned to make at least two attempts on Saturday to free the ship when high tide goes out. He said the timing depends on the tide.

The official spoke on condition of anonymity because he was not authorized to inform journalists.

At least 10 tugs were deployed to help refloat the ship, according to Japanese firm Shoei Kisen KK, which owns the container ship.

The White House said it has offered to help Egypt reopen the canal. “We have equipment and capacity that most countries do not have and we are looking at what we can do and what help we can provide,” President Joe Biden told reporters on Friday.

A maritime traffic jam increased to around 280 vessels on Saturday outside the Suez Canal, according to canal service provider Leth Agencies.

Some vessels began to change course and dozens of vessels were still en route to the waterway, according to data firm Refinitiv.

A prolonged closure of the crucial waterway would cause delays in the global shipping chain. About 10% of world trade flows through the canal, which is particularly crucial for the transportation of oil. The shutdown could affect oil and gas shipments to Europe from the Middle East.