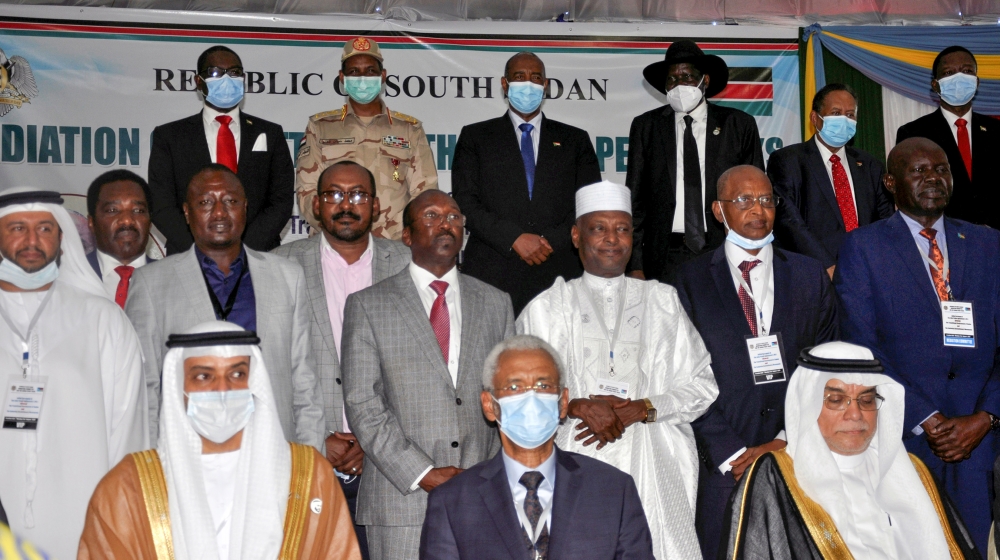 Sudan’s government and the main rebel coalition agreed to a peace deal on Monday to end the 17-year conflict.

The Sudan Revolutionary Front (SRF), rebel factions of the western region of Darfur, and the coalition of southern Kordofan and Blue Nile of the southern states signed the peace deal in a ceremony In neighboring South Sudan’s capital, Juba, which has hosted and facilitated long-standing talks since late 2019.

The final agreement covers important issues such as security, land ownership, transitional justice, power-sharing and the return of people fleeing their homes due to war.

The deal is an important step in the transitional leadership’s goal of resolving many, deep-rooted civil conflicts.

Later on Monday, the United States, United Kingdom and Norway welcomed the peace deal as the first step to stability in the country.

“This is an important step in restoring security, dignity and development to the population of conflict-affected and marginalized areas of Sudan. We believe that formal agreement with local peace and reconciliation efforts in conflict-affected areas is to be followed. needed.” The countries said in a joint statement.

According to the United Nations, nearly 300,000 people have died in Darfur since the rebels took up arms in 2003.

Conflicts erupted in South Kordofan and the Blue Nile in 2011, following unresolved issues from the bitter fighting there in Sudan’s 1983–2005 civil war.

Two rebel groups refused to participate in the deal.

SRF leaders tied their fists in celebration after signing the agreement.

Hamdok said that after an initial agreement in September 2019 it took longer than first expected.

Both military chiefs General Abdel Fattah al-Burhan and Hamadok were present on Monday, while Kiyar oversaw the ceremony.

The rebel forces took up arms against economic and political marginalization by the government in Khartoum.

They are drawn largely from non-Arab minority groups, which have long been jailed against the supremacy of successive governments in Khartoum, including President Omar al-Bashir.

The rebel groups that signed the pact include both the Justice and Equality Movement (JEM) and Minni Minawi’s Sudan Liberation Army (SLA) in the western region of Darfur.

However, an SLM faction led by Abdelwahid Noor and a wing of SPLM-N led by Abdelaziz al-Hilu refused to participate.

Al Jazeera’s Hiba Morgan reported from Khartoum that the peace talks were a long arduous process.

“It seems that the rebel groups got the most they wanted. Negotiations have become very complicated, they were stopped several times. But it seems that there is a deal for them now.”