March 16, 2018 Others Comments Off on Students shorn to help cancer research 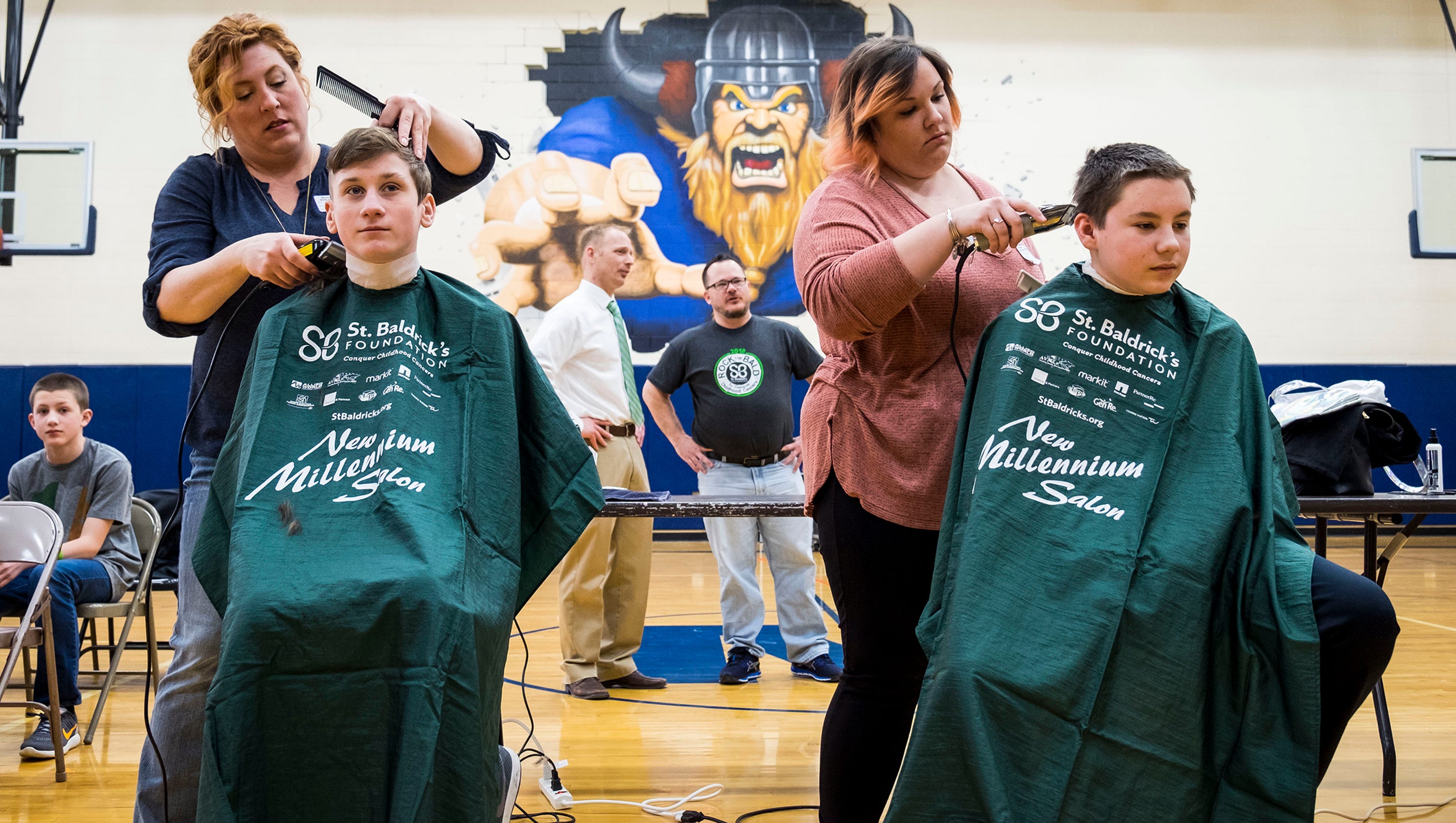 Michael Pitzo, an eighth grader at Marysville Middle School, was among about 25 students who shaved their heads to raise money for the St. Baldrick Foundation that raises money for the pediatric cancer research.
Bob Gross, Times Herald 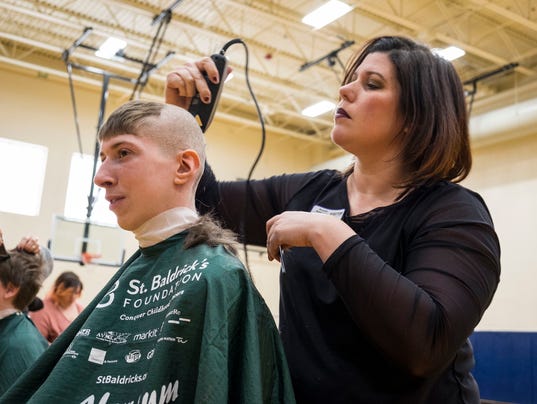 MARYSVILLE – Michael Pitzo went from a head full of hair to a tonsured monk on the first day of training camp on Friday.

The eighth-grade student of 14 years was not doing a fashion statement.

"I wanted to do it to support a good one because," he said. "And, frankly, I wanted a free haircut."

About 25 New Millennium salon stylists shaved the heads of about 25 students, and Martha Whitsitt, a member of the Marysville Lions Club, at Marysville Intermediate School. They raised about $ 8,671 in pledges for the St. Baldrick & # 39; s Foundation, a group that funds pediatric cancer research.

Teacher Bill Grant, who coordinated the fundraiser, said the school has raised about $ 70,000 over the past seven years.

"A friend of mine (Jeremy Russel) died of cancer eight years ago and his family started doing events," he said, explaining that Russel's nephew, RJ brought the idea to school.

R.J. Russel is now in his final year at Marysville High School and will graduate this year.

Students saw on Friday how their clbadmates were shorn, cheering and singing in an environment similar to a pep rally.

"We want to have fun, we want to make it fun, but we also want to raise money and give back," Grant said.

He said the teachers had a penny war for St. Baldrick's with Kristin Bieszczad winning the first prize.

Colin Walker, 12 and a seventh grader, also shaved his head on Friday.

Christopher Larson, 12, is a sixth grader who shaved his head on St. Baldrick's Day.

"I know that my grandmother had cancer at any given time and He recovered, so I would like others to recover like my grandmother did, "he said. He said

He said that his shaved head "feels very different, it feels good".

"At that time, I was still alive and fighting cancer," he said. "My brother wanted to help people … and introduced him to school.

He said the family was raising money for cancer research before taking the effort to the high school.

"My brother was doing it with the St. Baldrick Foundation before my uncle died," he said.

"It's amazing," he said. "I lost my father in May, his grandfather, and he really wants to find a cure."

She said the cause is personal.

He said he knows the Russel family and that he knew RJ Russel from your birth.

Whitsitt said he shaved his head four years ago for St. Baldrick's Day.

"It feels good," he said. "I like it, it feels so silky and soft, I call it my spring shearing."

For more information or to donate to St. Baldrick & # 39; s Foundation, visit https://www.stbaldricks.org/