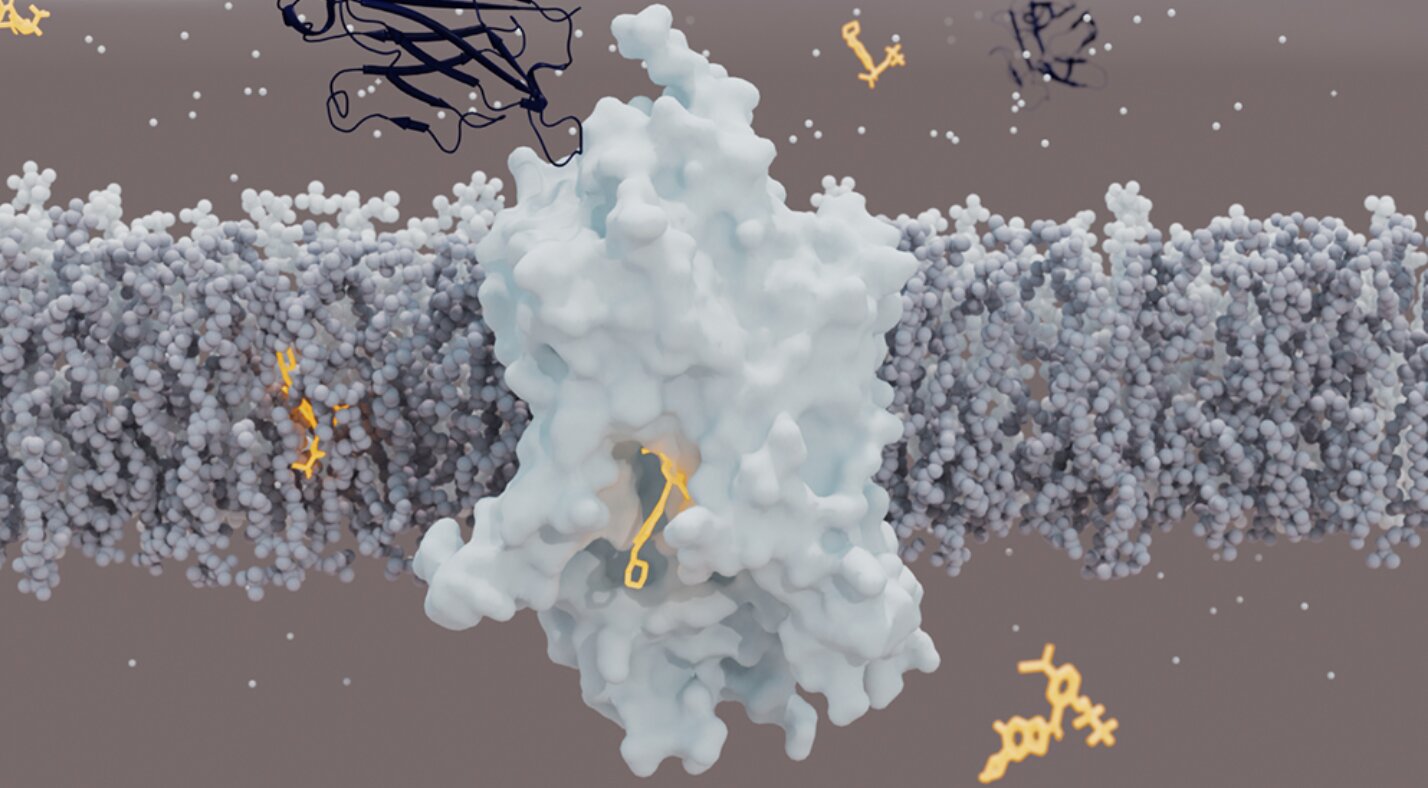 Glycine is the smallest amino acid, one of the building blocks of proteins. It also acts as a neurotransmitter in the brain, allowing neurons to communicate with each other and modulate neuronal activity. Many researchers have focused on increasing glycine levels at synapses to find an effective treatment for schizophrenia. This could be done using inhibitors targeting glycine transporter 1 (GlyT1), a protein found in neuronal cell membranes and responsible for glycine uptake in neurons. However, the development of such drugs has been hampered because the 3D structure of GlyT1 was not known.

To determine the structure of GlyT1, researchers from the Danish Translational Neuroscience Research Institute (DANDRITE), which is part of the EMBL Nordic Association for Molecular Medicine, F. Hoffmann-La Roche, EMBL Hamburg, the University of Zurich, the Aarhus University, and Linkster Therapeutics joined forces. “This project required multidisciplinary collaboration and unique expertise from different laboratories over several years,” says Azadeh Shahsavar, first author of the study and now assistant professor at DANDRITE. He performed the measurements for the study during his time as a postdoc in the EMBL Interdisciplinary Postdocs (EIPOD) program, during which he worked at EMBL Hamburg, DANDRITE and Roche.

Poul Nissen, Director of DANDRITE and Principal Investigator of the study, comments: “We are immensely grateful for the EMBL EIPOD scheme and the Nordic EMBL Association for keeping us on the right track for so long and allowing us to explore very difficult approaches. without him, and without Azadeh’s persistence, of course! “

GlyT1 turned out to be particularly difficult to study, because it is unstable when removed from the cell membrane. To stabilize it, the scientists combined several approaches, such as creating more stable variants of the protein. To trap the transporter in a clinically relevant state, the team used a Roche-created chemical that binds and stabilizes GlyT1 from the inside, and they designed a synthetic mini-antibody (sybody) that binds it from the outside.

The scientists tested 960 different conditions and managed to obtain GlyT1 crystals in one of them. “The crystals were very small and difficult to image. We chose to measure them at EMBL Hamburg’s P14 beamline, which is well suited for challenging experiments like this,” says Azadeh. The X-ray beam at P14 is particularly strong and focused, and its equipment has features designed to work with crystals of even micrometer size. However, the quality of the crystals was variable, making data collection difficult. Ultimately, Azadeh’s perseverance paid off. “I remember when I saw the electron density of the inhibitor for the first time. I was so excited that I couldn’t sleep for two nights,” she says. “You live for those rewarding moments.”

The final challenge was data analysis. While the crystals only gave weak diffraction patterns due to their small size, the strong X-rays destroyed the crystals in less than a second. A single crystal would provide only partial information about the structure, so Azadeh had to collect data from hundreds of crystals. “Processing such a huge amount of data was made possible by EMBL Hamburg’s unique infrastructure,” he says. Combining partial data sets was complex for existing software, but Schneider’s group at EMBL Hamburg wrote software specifically designed for such cases. It allowed Azadeh to merge data sets into a complete image of GlyT1 with a resolution of 3.4 Å (1 Å, or ångström, is one ten billionth of a meter, about the size of a typical atom). “I really enjoyed working with people with different scientific backgrounds. They all contributed their unique experience that made this study possible,” says Azadeh.

For Thomas Schneider, Joint Head of Research Infrastructures at EMBL Hamburg, the study is a perfect example that highlights the importance of both scientific excellence and the availability of state-of-the-art infrastructure for research progress. “For challenging projects like this, we are pleased to put the methodological expertise of our staff to work and take full advantage of the technological capabilities of our beamlines and sample preparation facilities. The high intensity microfocused beam produced by the PETRA III synchrotron in the DESY campus and the versatile, high-precision diffractometer that was developed in collaboration between EMBL Hamburg, EMBL Grenoble and ARINAX were key to this project. “

Azadeh agrees. “The excellence, infrastructure, hardware and software provided by EMBL are of the highest quality and are constantly being improved,” he adds.

Analysis revealed an unexpected structure for GlyT1. Unlike other neurotransmitter transporters, which are bound by their inhibitors from the outer side of the cell membrane, GlyT1 is bound by its inhibitor from the inner side. “The structure came as a surprise to us. It appears that the GlyT1 inhibitor must first cross cell membranes before it can access GlyT1 from inside neurons,” says Roger Dawson, lead author of the study.

“This framework provides a blueprint for developing new GlyT1 inhibitors, be they organic molecules or antibodies,” explains Roger. “The body developed for this study binds to GlyT1 at a previously unknown binding site and locks it in a state where it can no longer transport glycine. We could use this knowledge to develop drugs that target not only GlyT1, but also others. membrane transport proteins in the future. ”