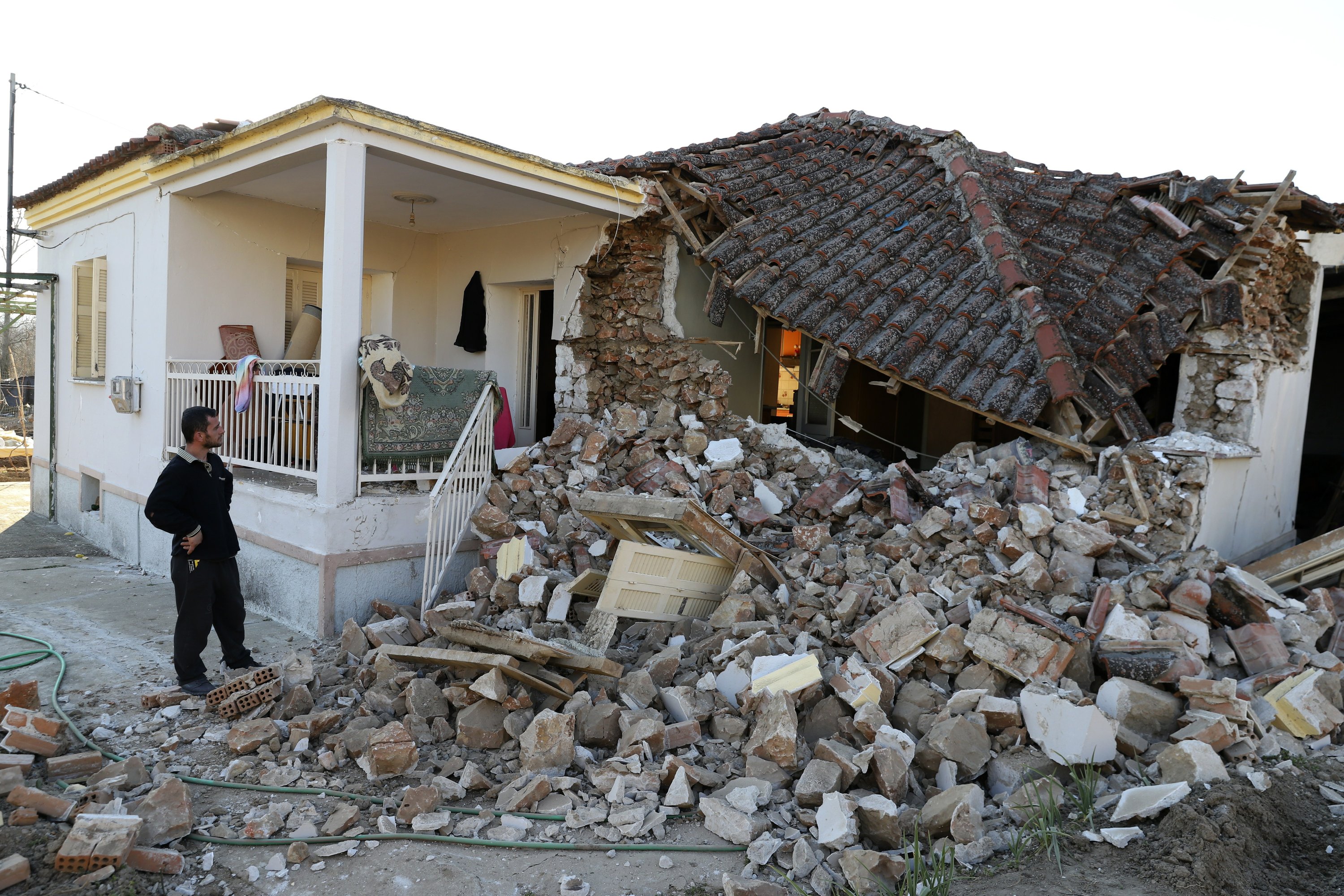 ATHENS, Greece (AP) – An earthquake with a preliminary magnitude of at least 6.0 shook central Greece on Wednesday and was also felt in neighboring Albania and North Macedonia, and as far as Kosovo and Montenegro.

One man was injured by falling debris, but there were no other immediate reports of serious injuries. Local officials reported structural damage, mostly to old houses and buildings that saw walls collapse or crack.

The midday earthquake sent thousands of people running from their homes and office buildings onto the streets of Larissa and Tyrnavos, the cities closest to the epicenter, which was 22 kilometers (14 miles) west-northwest of Larissa. Numerous aftershocks struck the area, the most powerful with a preliminary magnitude of more than 5.0.

The earthquake occurred at 12:16 pm (1015 GMT), according to the Geodynamic Institute of Athens, which placed the preliminary magnitude at 6.0.

The U.S. Geological Survey and Global Seismic Monitor Geofon put the preliminary magnitude at 6.3, but it is common for magnitude estimates to vary shortly after an earthquake.

Turkish Foreign Minister Mevlut Cavusoglu telephoned his Greek counterpart Nikos Dendias to convey solidarity and offer assistance if needed, according to officials from the two neighboring countries, which are long-time regional rivals.

In Athens, seismologist Vassilis Karastathis told reporters that the earthquake originated from a fault in the area that historically has not produced tremors of much greater magnitude than Wednesday. He said post-earthquake activity seemed normal so far, but experts were monitoring the situation.

“The earthquake had an estimated depth of only 8 kilometers (5 miles) and that was one of the reasons why it was felt so strongly in the region,” said Karastathis, deputy director of the Geodynamic Institute of Athens.

Nikos Gatsas, mayor of the city of Elassona, which lies north of the epicenter, told Greek state broadcaster ERT that the walls of old houses had collapsed in nearby villages and that a school in the village had been damaged. . All the students had been evacuated from the building and there were no injuries.

The fire department said it had received reports of damage to a home and school, while fire service and police patrolled the area. All local fire departments went on alert.

The Chief of the National Defense Staff and other civil defense officials, firefighters and politicians were heading to the area.

Greece is in a region of great seismic activity. The vast majority of earthquakes do not cause damage or injury.

Last October, an earthquake that struck the eastern Greek island of Samos in the Aegean Sea and the nearby Turkish coastline killed two high school students in Samos and at least 75 people in Turkey. In 1999, an earthquake near Athens killed 143 people.