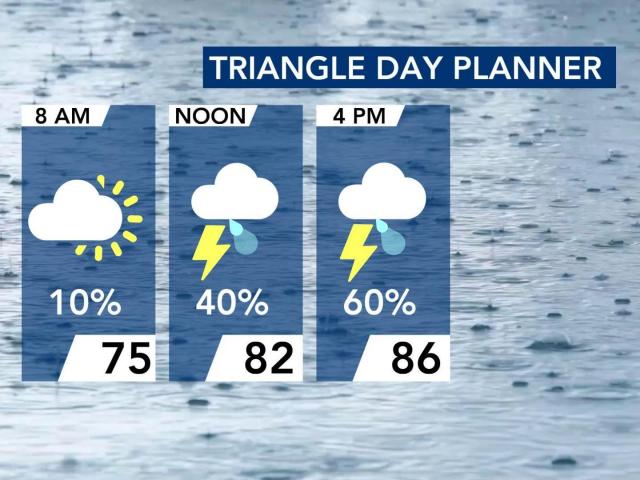 Rain will begin to decrease on Tuesday night, according to WRAL meteorologist Mike Maze.

There were heavy downpours around 3 pm Tuesday in Raleigh. There will continue to be a 50-60% chance of rain until 7 pm on Tuesday. After that, the probability of rain will drop to 30% until 11 pm

On Wednesday it will have a 50% probability of rain, but the desertion will continue during the week.

A low-pressure system near Georgia will continue to rise northward this week, bringing heavy rains and a threat of drag currents to the North Carolina coast on Wednesday, Thursday and Friday. 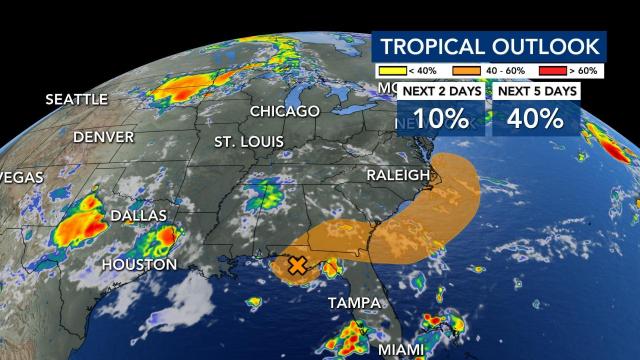 There is about a 40% chance that the low pressure will turn into a tropical depression as it moves to the northeast of the US According to Maze, this system is unlikely to become a strong system.

In the Triangle, 1 to 3 inches of rain will be possible, increasing the potential for flash flooding in our southeast counties on Wednesday and Thursday.

Rain and thunderstorms will maintain milder temperatures than last week, between the mid-80s and higher compared to the 90s. The weekend looks lighter and hotter, with highs in the 90s and sunnier.