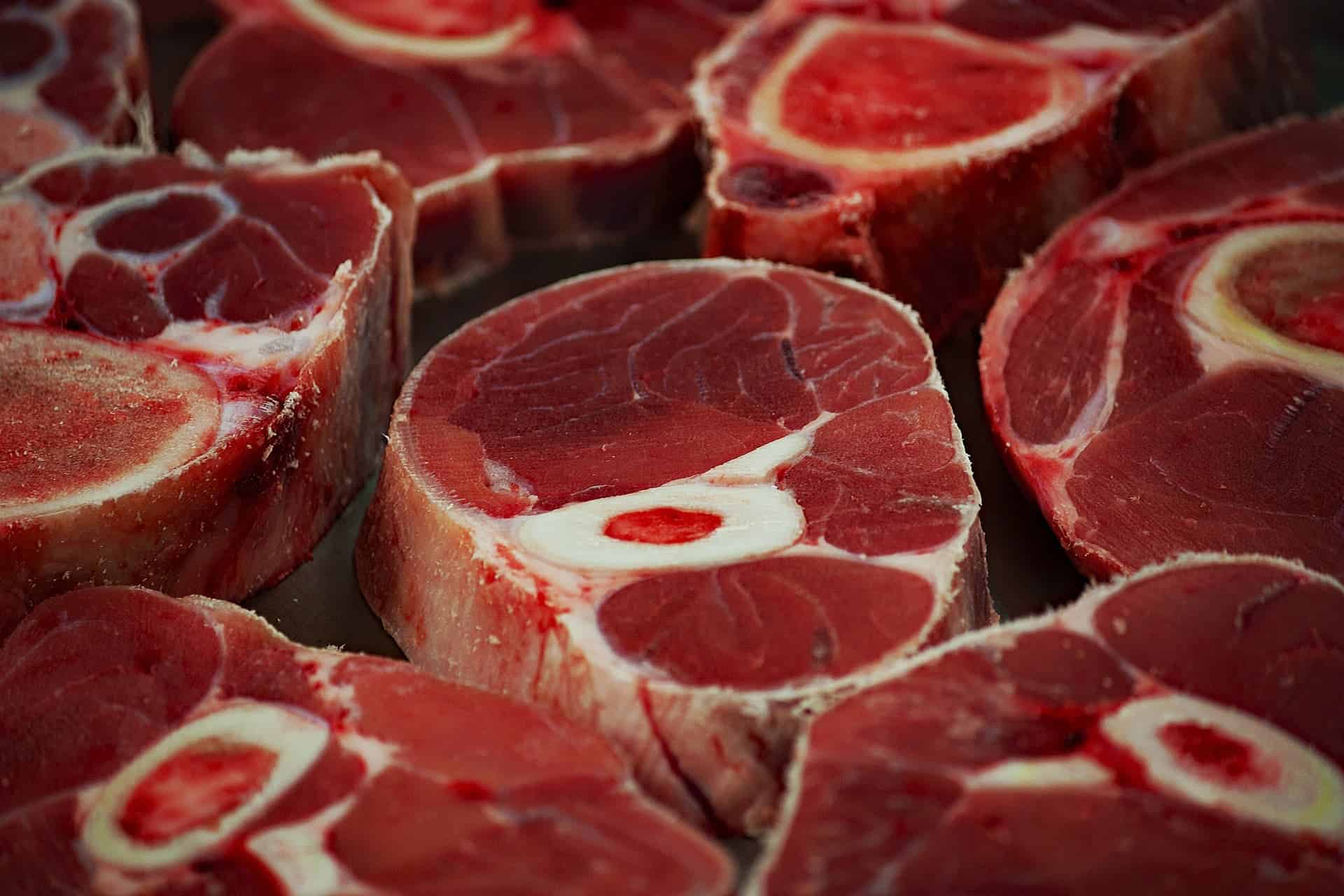 Stone Age humans used to eat mostly meat, a new study reports. It was only when megafauna – the huge animals of yesteryear, like mammoths – became extinct that vegetables increasingly made their way onto the menu.

A new article offers a fresh and interesting interpretation of how humanity went from hunting to farming. According to the findings, ancient humans were primarily carnivores, with game meat making up an important part of their diet. But as the species they hunted became extinct, vegetables and plant matter made up an increasing part of their diets. These extinctions probably also led to the domestication of plants and animals, as our ancestors needed to secure food sources.

“Until now, attempts to reconstruct the diet of stone age humans were based primarily on comparisons with hunter-gatherer societies of the 20th century,” explains Dr. Miki Ben-Dor of the Jacob M Department of Archeology. Alkov of Tel Aviv University. first author of the article.

“This comparison is useless, however, because two million years ago hunter-gatherer societies could hunt and consume elephants and other large animals, whereas hunter-gatherers today do not have access to such a reward. The entire ecosystem has changed and the conditions cannot be compared. We decided to use other methods to rebuild the diet of stone age humans: examining the memory preserved in our own bodies, our metabolism, genetics, and physical makeup. Human behavior changes rapidly, but evolution is slow. The body remembers “.

The team examined nearly 400 scientific papers from various disciplines, trying to determine whether Stone Age humans were carnivores or omnivores. They collected around 25 lines of evidence, mostly from articles related to genetics, metabolism, physiology, and morphology, that can help us determine this.

One of the details cited by the team includes the acidity of the human stomach. This is “high compared to omnivores and even other predators,” they explain, meaning our bodies have to expend extra energy to keep them that way. But it also provides some protection against bacteria often found in meat, suggesting that it was an adaptation meant to help our ancestors eat meat. Ancient people hunted large animals whose meat would feed the group for days or weeks, which means that they often ate old meat laden with bacteria.

Another clue they list is the way our bodies store fat. Omnivores, they explain, tend to store fat in a relatively small number of large cells. Predators do it the other way around: Humans also share this latter approach of using a large number of relatively small cells. A comparison with chimpanzees also shows that areas of our genetic code are inactive to specialize in a high-fat diet (in chimpanzees, these changes support a high-sugar diet).

Archaeological evidence also supports the meat-eating hypothesis. Isotope ratio studies in ancient human bones, along with evidence of how they hunted, suggest that our ancestors specialized in hunting large or medium-sized animals that were high in fat. Today’s large social predators also hunt large animals and derive more than 70% of their energy from animal sources, the team writes, and this parallel suggests that early human groups acted as hypercarnivores.

“Hunting big game is not an evening hobby,” says Dr. Ben-Dor. “It takes a lot of knowledge, and lions and hyenas acquire these skills after long years of learning. Clearly, the large animal remains found at countless archaeological sites are the result of great human experience as hunters of large animals. “

“Many researchers studying the extinction of large animals agree that hunting by humans played an important role in this extinction, and there is no better evidence of the specialization of humans in hunting large animals. Most likely, like today’s predators, hunting itself was a focal human activity for most of human evolution. Other archaeological evidence, such as the fact that specialized tools for obtaining and processing plant foods only appeared in the later stages of human evolution, also supports the centrality of large animals in the human diet, throughout most of the history of mankind ”.

The findings run counter to our previous hypotheses about how humans evolved. Previously, it was assumed that the dietary flexibility of humans allowed them to adapt to a wide range of situations and environments, giving them an evolutionary advantage; But current findings suggest that we largely evolved as predators instead. That doesn’t mean they only ate meat, there is well-documented evidence that they feed on plants during this time, but plants only gained a central part in their diets in the last days of the stone age.

Specialized stone tools for processing plants began to appear about 85,000 years ago in Africa and about 40,000 years ago in Europe and Asia, the team adds, suggesting that the plants are being eaten more and more. The researchers also explain that such tools show an increase in local uniqueness over time, a process similar to that observed in hunter-gatherer societies of the 20th century. In contrast, during the time when the team believed that humans acted more like apex predators, stone tools maintained very high degrees of similarity and continuity regardless of local ecological conditions.

“Our study addresses a great current controversy, both scientific and unscientific. It is difficult to convince a devout vegetarian that their ancestors were not vegetarian and people tend to confuse personal beliefs with scientific reality, ”adds Professor Ran Barkai, also from the Jacob M. Alkov Department of Archeology at the University of Tel Aviv. and co-author of the article.

“Our study is both multidisciplinary and interdisciplinary. We propose a picture unprecedented in its breadth and breadth, which clearly shows that humans were initially apex predators, who specialized in hunting large animals. As Darwin discovered, the adaptation of species to obtain and digest their food is the main source of evolutionary change, and thus the claim that humans were apex predators for most of their development can provide a broad basis for fundamental knowledge about biological and cultural evolution. of the humans “.

The article “The evolution of the human trophic level during the Pleistocene” has been published in the American Journal of Physical Anthropology.