Stocks were slightly higher on Tuesday, Oct. 31, as tech gains kept the Nasdaq in the green.

Qualcomm shares were sharply lower, down 6%, on Tuesday amid reports that Apple Inc. (AAPL) may dump the chip supplier from its iPhone and iPad line up next year. Multiple media reports, first published by the Wall Street Journal late Monday, suggest Apple is already designing its key tech gadgets without Qualcomm chips as the two groups continue to spar over royalty payments. Bloomberg reported that Apple may favor Intel Inc. (INTL) or MediaTek Inc (MDTKF) components as a replacement.

Apple, Nvidia, and Broadcom is a holding in Jim Cramer’s Action Alerts PLUS Charitable Trust Portfolio. Want to be alerted before Cramer buys or sells those stocks? Learn more now.

Kellogg topped third-quarter earnings and revenue estimates. Profit rose to 85 cents a share from 82 cents a year earlier. Adjusted earnings of $1.05 a share beat consensus by 11 cents. Revenue of $3.27 billion exceeded expectations of $3.21. CEO Steve Cahillane said in a statement that “strong productivity programs give us good visibility into cost savings.”

Mondelez gained more than 5% after exceeding third-quarter estimates on growth in its Latin America business. The parent of brands such as Oreo and Triscuit reported a 2% increase in sales and organic revenue growth of 2.8%. Earnings of 57 cents a share beat by 3 cents.

Under Armour Inc. (UA) tanked 16% after a drop in quarterly profit and sales. Earnings declined by 58% to $54.2 million and fell short of an badyst target of $84 million. Sales dropped 4.5% to $1.41 billion, falling short of $1.48 billion consensus. CEO Kevin Plank said the company is “working aggressively” to execute its strategy “against this difficult backdrop.” 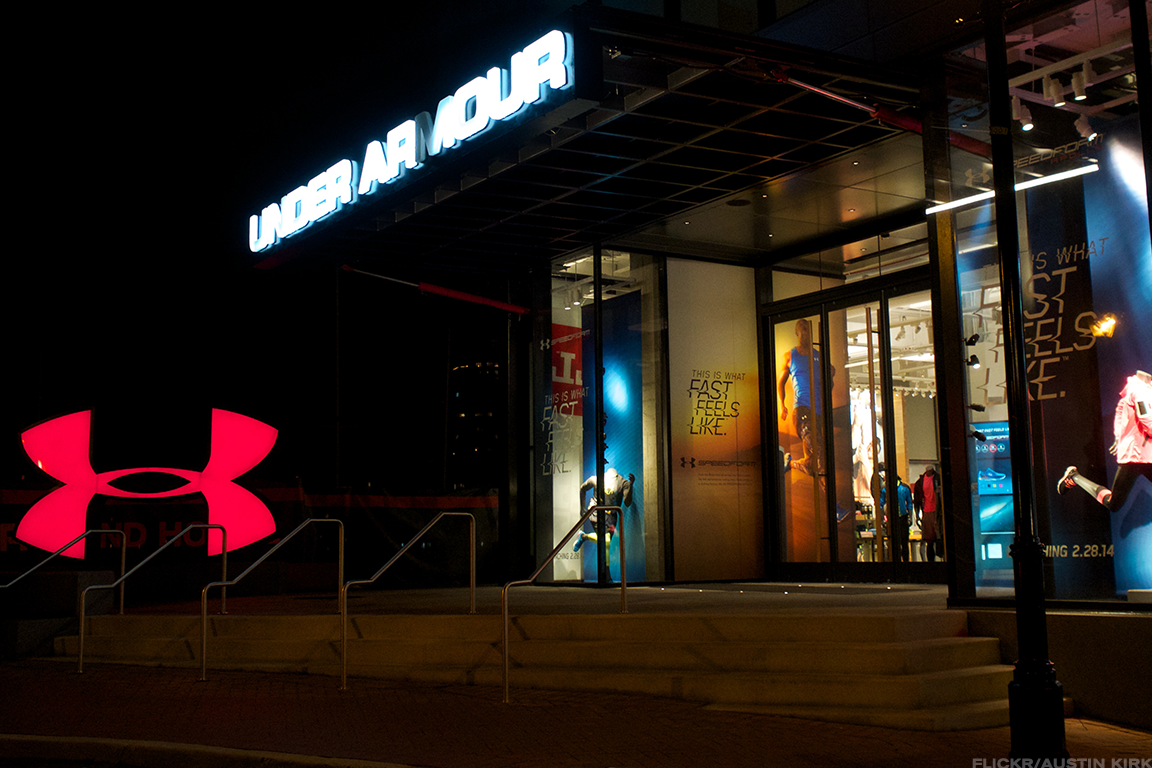 Just over 60% of S&P 500 companies have reported earnings so far this reporting season. Of those, 73% have exceeded profit estimates, and 66% have beat revenue forecasts. Economists anticipate blended earnings growth of 7%, or 4.6% excluding energy, according to Thomson Reuters.

Rockwell Automation (ROK) surged more than 6% on reports the company has received, and rejected, several offers from Emerson Electric Co. (EMR) . The latest offer of $215 a share was made in October and valued the company at more than $27 billion, according to CNBC. Emerson reportedly offered $200 a share in August.

Benchmark indexes were on track to close out October with solid gains. At these levels, the Dow will end 4% higher, the S&P 500 2%, and the Nasdaq 3.5%. This would be the Dow and S&P 500’s seventh month of gains in a row and their best monthly increase since February. The Nasdaq was set to end with gains for its fourth month in a row after a tech selloff in June tainted its win streak.

The Federal Reserve will meet Tuesday and Wednesday, Nov. 1. It will come as a big surprise to markets if the central bank makes any changes to interest rates, though investors will be looking out for any tweaks to language that might indicate a move higher in December.

The chances of a interest rate hike at this meeting sit at just 2%, according to CME Group fed funds futures, but chances spike to 96% at the December meeting. An announcement on rates will be made on Wednesday afternoon.

In economic news, employment costs in the U.S. rose by 0.7% over the third quarter, according to the employment cost index. Wages grew 0.7%, while benefits increased 0.8%. The U.S. jobs report for October will be released on Friday, Nov. 3. Economists anticipate a strong rebound after a loss of jobs in September.

Manufacturing activity in the Chicago area rose in October to its highest reading since March 2011. Chicago PMI increased to a reading of 66.2 this month, according to the Institute of Supply Management. The measure rose from 65.2 in September. Order backlogs reached their highest since February, 1974.

Consumer confidence rose to its best level in more than 16 years in October. The measure increased to a reading of 125.9 in October, its best since December 2000 and far better than expectations of 121. Consumers have grown more optimistic over the short-term outlook, particularly business conditions. However, expectations for job growth in the coming months declined.