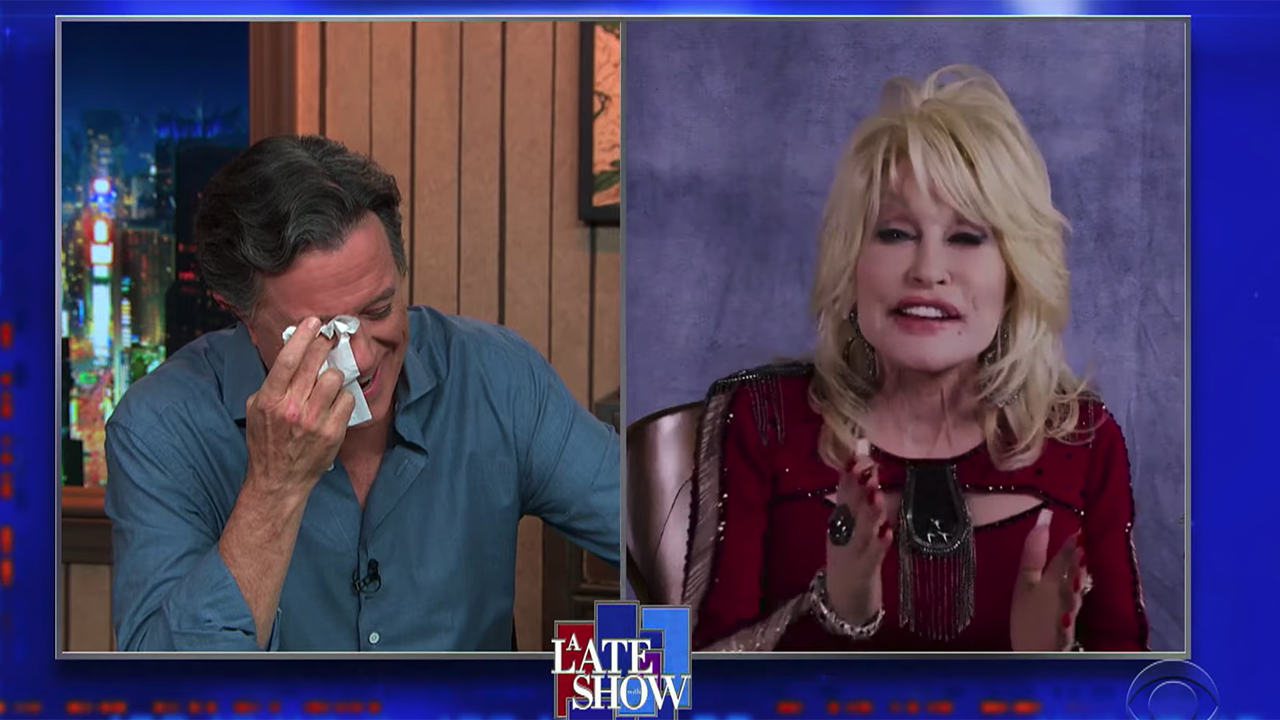 Dolly Parton brought Stephen Colbert to tears during his appearance on “The Late Show” on Tuesday night.

Michael DeVes and Chris Thile, who explained to 56-year-old Colbert, that the country music legend, “Buried Me Benth the Willows” by Michael Dave and Chris Thiel, was a song his mother always knew Used to sing when she was younger.

As the “Jolene” singer broke into the song, the talk show host told someone offscreen, “I have fart bumps.”

Colbert began tearing up again, taking off his glasses, and wiping his eyes with a tissue.

Dolly Parton completed ‘Bombay’ a few years ago for the ‘first few times’ at the age of 30.

The partner jokingly said, “Before you cry yourself to death and we can’t finish the show,” Parton joked that he cut the song short.

The talk show host tried to make it laugh and told the singer, “Like a lot of Americans, I’m so stressed right now, Dolly. And, uh, you got under my tripwire, I tell you right there … Which was very beautiful. ”

He said: “Isn’t it funny that sometimes there is nothing happier than crying?”

“Yes, I think it clears your soul,” Parton replied. “I think it is good to wash the water.” I think there are tears.

The story of the country “buried under the willows” and its importance to her is one of the many stories her fans can expect to read in her book “Storyteller: My Life in Lyrics”.