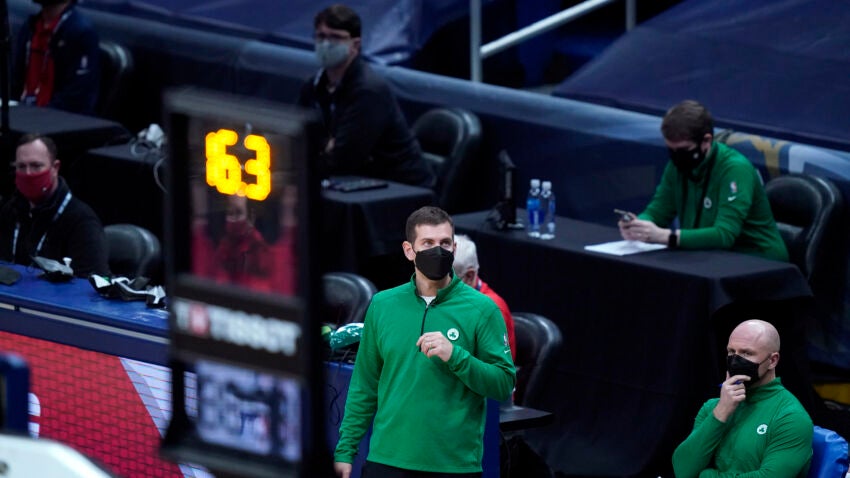 The Boston Celtics have come under pressure over their recent woes, which have left them 15-15 at first.

“Listen, I like Brad Stevens,” Smith said. “I think he is an exceptional basketball mind. I think when he first came in, he proved to be one of the innovative young coaches in basketball. It is a class act, class personified. I really like him and I really like him as a coach. I think anyone who knows something about basketball has to respect it. “

Still, Smith contends, having players like Jayson Tatum and Jaylen Brown should prevent a team from going .500.

“When you have a star like Jayson Tatum, and make no mistake about it ladies and gentlemen, that young brother is a star and guess what: so is Jaylen Brown, the bottom line is that they should be better than a .500 team, Smith said.

“You have Jayson Tatum and Jalen Brown. This is the sport of basketball, you shouldn’t be a .500 team with two studs like that.” pic.twitter.com/ISkFQliQA8

Smith believes that Stevens’ problem is not his knowledge of the game, but his motivational skills.

“I mean that leader of men who is capable of pulling something out of you that you may not even know is inside you,” Smith said. “The great, great coaches discovered a way to do that over the years. It’s something about yourself as a coach, where you put the Xs and Os aside because everyone knows what the other is doing who is able to bring something out of you and say ‘Okay, I’m going to maximize the potential, even the potential’. You didn’t know you had it

Danny Ainge recently told Toucher and Rich that Boston’s struggles “have nothing” to do with Stevens.

“My coach is more prepared and more humble than anyone,” Ainge said. “He respects Washington and Detroit more than anyone in that whole locker room. It has to do with the players. I think it’s just a maturity issue for the team. “

Still, Smith believes the noise will only increase if losses continue to mount.

“You have Jayson Tatum and Jaylen Brown. This is the sport of basketball, you shouldn’t be a .500 team with two studs like that. “