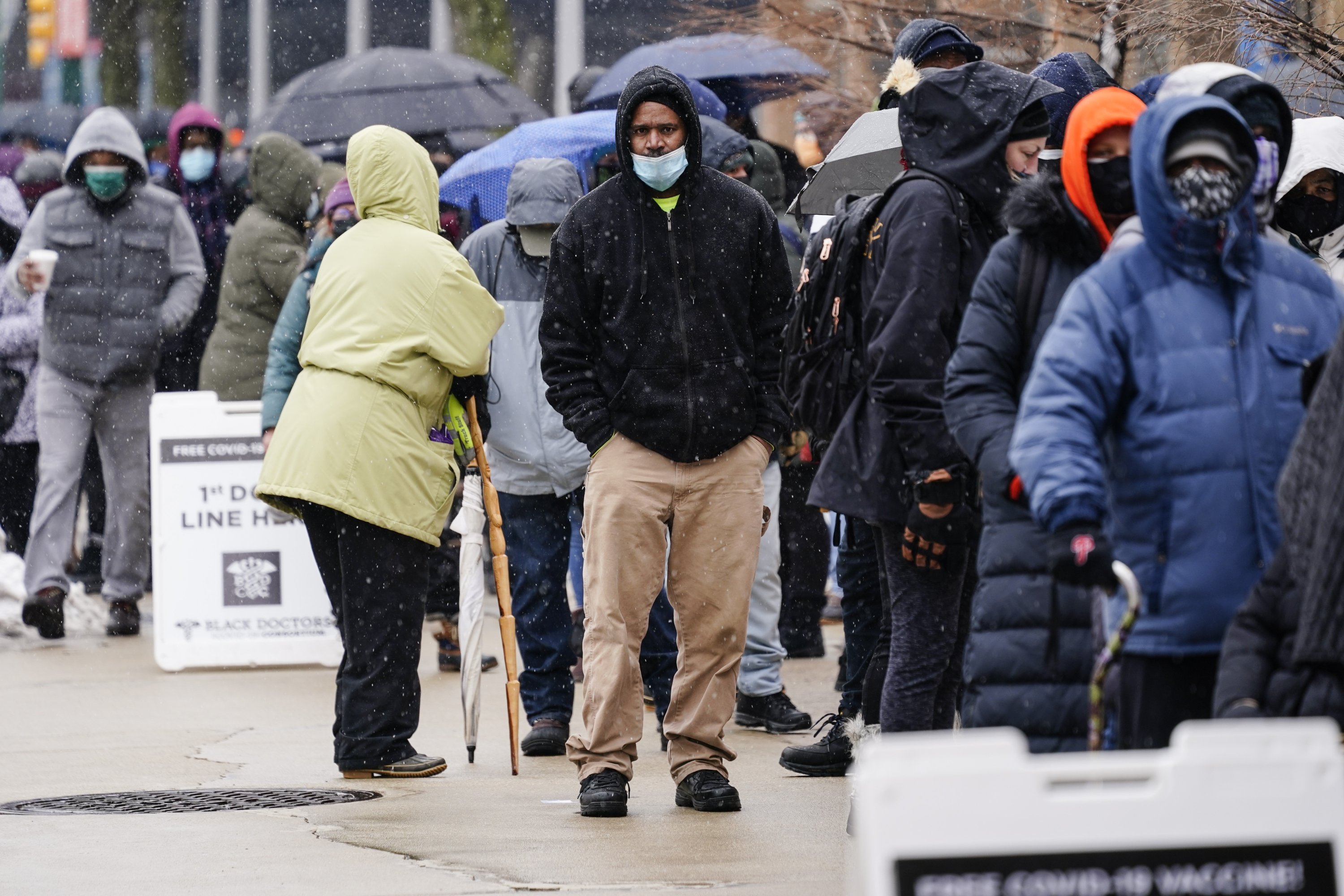 HOUSTON (AP) – A giant vaccination center will open in Houston to administer 126,000 doses of coronavirus in the next three weeks. Nevada health officials are working overtime to distribute the delayed vaccines. And Rhode Island is rescheduling appointments after a vaccine shipment didn’t arrive as scheduled earlier in the week.

From coast to coast, states struggled Tuesday to catch up on vaccinations a week after winter storms swept across a large swath of the U.S., causing clinics to close, appointments canceled and backlog of shipments nationwide.

But the limited supply of the two approved COVID-19 vaccines hampered the pace of vaccines even before extreme weather delayed the delivery of around 6 million doses.

The White House promised Tuesday that aid is on the way.

States can expect about 14.5 million doses of the coronavirus vaccine this week, a nearly 70% increase in distribution over the past month, White House press secretary Jen Psaki said Tuesday. . And the White House coronavirus coordinator Jeff Zients told governors on Tuesday that the number of doses sent directly to pharmacies will increase by about 100,000 this week, Psaki said.

The intensified efforts come as the death toll from COVID-19 in the US surpassed 500,000, far more than in any other country.

More than 44 million Americans have received at least one dose of the Pfizer or Moderna vaccine, and about 1.4 million per day received a first or second dose in the past seven days, according to the Centers for Disease Control and Prevention. of Diseases.

Although the daily average number of deaths and cases has dropped, some experts say not enough Americans have been inoculated for the vaccine to be the reason. Instead, the decline is attributed to the passage of holidays, more people staying home for the winter, and better adherence to mask rules and social distancing.

In addition, they warn that dangerous variants could cause the trend to reverse. States are responding by simultaneously trying to catch up on last week’s hiatus and prepare to vaccinate more people in the coming weeks.

Texans are recovering from a devastating winter storm that killed at least 35 people, left millions without electricity and water and delayed vaccinations.

In Buda, Texas, retired teachers Donna and Gerald Haschke, both 74, were supposed to get their second dose last week, but their appointments were canceled three times due to the storm. They are scheduled to receive doses on Thursday.

The couple are eager to get a full vaccination after months of having to cut back on all their activities due to the coronavirus. Gerald Haschke has cardiac stents and Donna Haschke has atrial fibrillation, he said.

In Mississippi, where COVID-19 vaccines plummeted last week amid freezing temperatures and icy roads, health officials automatically rescheduled appointments and planned to schedule more than normal for the weekend.

The state Health Department said Monday that only 32,540 vaccinations were administered in the state last week, up from 106,691 the previous week.

Nevada Governor Steve Sisolak said Monday that 46,000 doses of Moderna’s COVID-19 vaccine began arriving in the state, delayed by weather. The head of the state’s Office of Child, Family and Community Welfare said officials would work overtime to administer those doses along with the regularly scheduled shipment for this week.

President Joe Biden has said that all Americans who want a vaccine will be able to get one by the end of July.

But demand continues to outpace the limited supplies distributed by the US government.

Executives from five companies with contracts to supply injections to the US – Pfizer, Moderna, Johnson & Johnson, AstraZeneca and Novavax – testified about supply problems Tuesday before the Congressional Committee on Energy and Commerce.

Heading into the summer, executives at Pfizer and Moderna said they expect to complete the delivery of 300 million doses each, and J&J aims to provide an additional 100 million doses, more than enough to vaccinate all American adults.

“This change will make it easier for our most vulnerable Arizonans … to get vaccinated,” Ducey said.

California Governor Gavin Newsom said 11 mobile clinics will open in California’s vast Central Valley, an agricultural region that has been hit hard by the coronavirus. They will be used primarily to vaccinate agricultural workers who do not have transportation to larger vaccination sites or who cannot navigate the state’s online registration portal.

Newsom said the state is also shipping an additional 34,000 doses of vaccines to that area from a pharmacy that wasn’t using them fast enough.

Meanwhile, Tennessee’s top health official said Tuesday that more than 2,400 doses of the COVID-19 vaccine were wasted over the past month in Shelby County, which encompasses Memphis, while local officials sat on dozens of thousands of vaccines that they thought were finished. in arms.