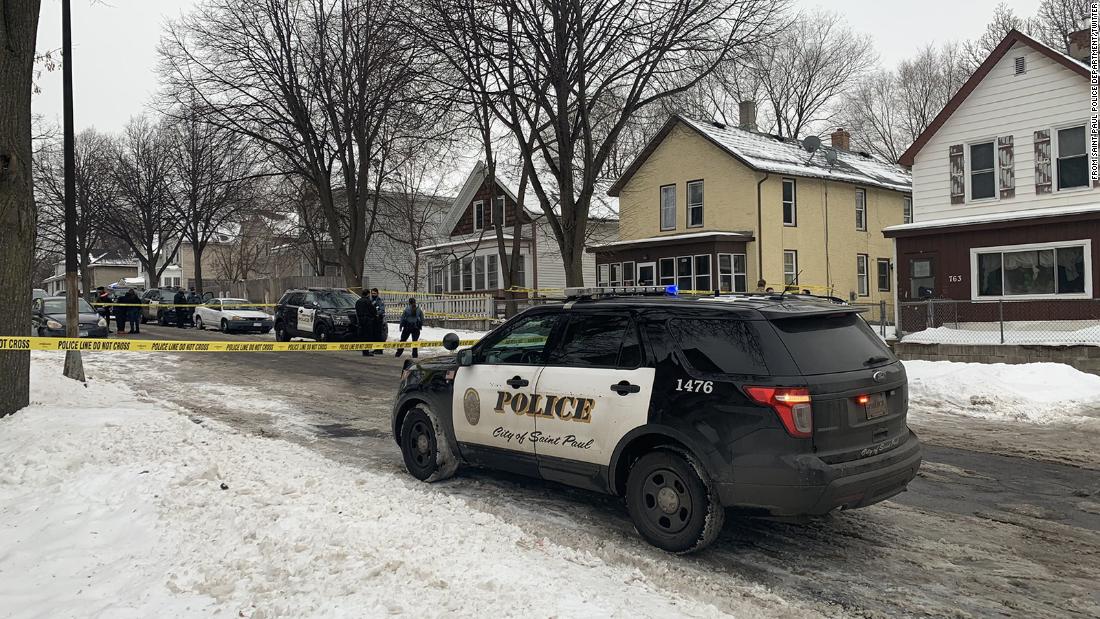 The St. Paul Police Department said in a news release that officers responded to a home in St. Paul’s Payne-Falen neighborhood around 3 a.m. where they found three people apparently suffering from bullets.
At the age of 30, two persons, an adult woman and a woman at the age of 30, were killed. A third man – a boy between the ages of 8 and 12 – was taken to the hospital where he later died of his injuries, St. Paul Police spokesman Sergeant. Mike Earnster told reporters.

“It is difficult because the children died. It is also difficult because one of our officers was here for an hour before this call. They were called here by a concerned family member from outside the state who wanted us to be involved in the victim’s death. Check welfare. ” Home, ”said Ernster.

“Our officer came here, he talked with him at the door and explained that he was there, and he looked at him and said, ‘I’m OK, tell them I’m fine.’

Ernster said police had visited the home once before on Saturday to investigate welfare, stating that the woman may be in danger and “possibly involved in a domestic-type situation,” Erster said.

Authorities are investigating who was at the scene at the time of the shooting as well as the circumstances surrounding the triple homicide.

Police said the Ramsey County Medical Examiner will work to identify the victims and determine the cause of their deaths.

“This is a ridiculous tragedy that has discouraged all of us – as police officers, as humans,” St. Paul Police Chief Todd Axtell said in a statement. “Such moments are difficult and painful.”

Axel said that “investigators and officers will continue to work until they find the person responsible.”