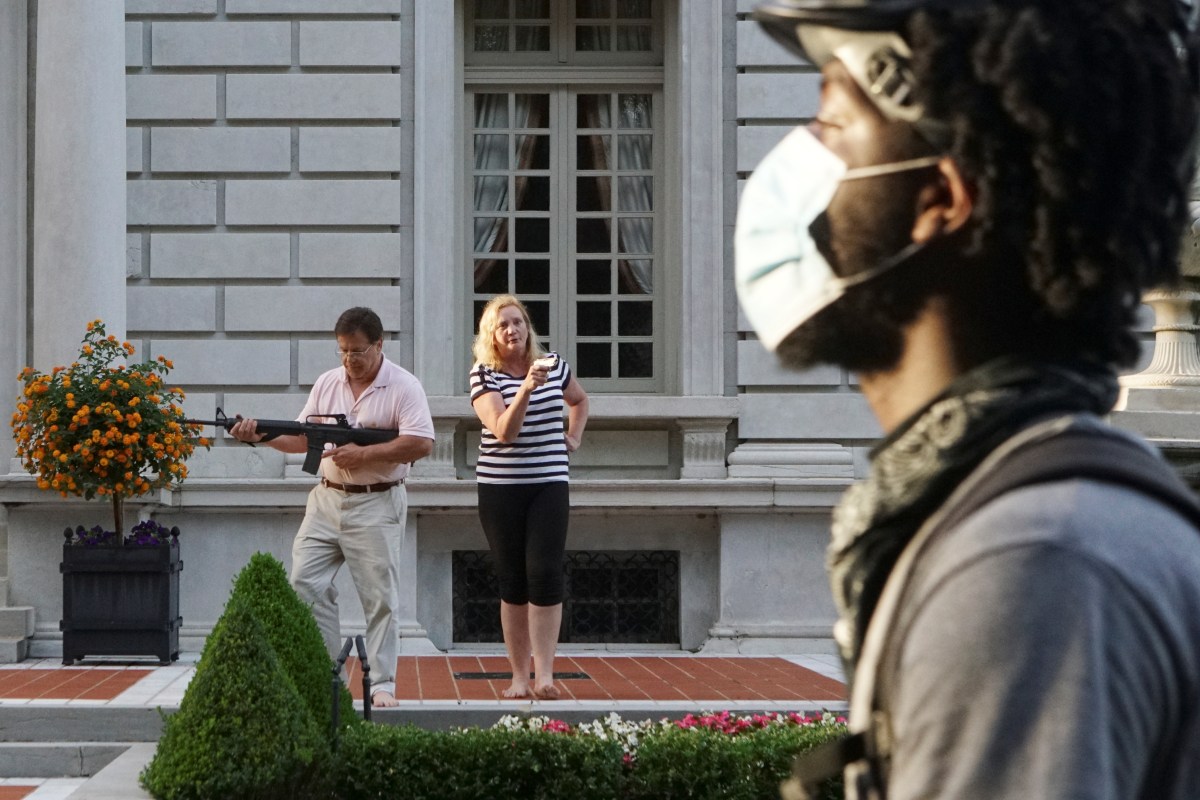 The white St. Louis couple who went viral for brandishing weapons at Black Lives Matter protesters in their Tony neighborhood are longtime supporters of the movement and civil rights activists, their attorney said.

Mark McCloskey, 63, and his wife, Patricia, 61, insisted that they back the movement despite the video of them wielding firearms outside their mansion Sunday night in protesters on their way to the mayor’s house to demand his resignation.

“The most important thing for them is that their images (holding weapons) do not become the basis of a rallying cry for people who oppose the Black Lives Matter message,” said their lawyer Albert Watkins.

“They want to make it very clear that they believe Black Lives Matter’s message is important.”

Watkins said the couple grabbed a semi-automatic rifle and a silver pistol when two or three protesters, who were white, violently threatened them and their property.

He insisted that the husband and wife, both personal injury attorneys, “acted legally” out of “fear and apprehension, the genesis of which was unrelated to race,” reported St. Louis Today.

Mark previously described the incident in the city’s affluent Central West End neighborhood as “an assault on the Bastille.”

“It was, it was as bad as it can be. I mean, those of you who know, I really thought I was storming the Bastille, that we would be dead and burn down the house and that we couldn’t do anything about it, “he added.

“I am alarmed by the events that occurred over the weekend, where peaceful protesters were greeted with weapons,” said Gardner.

“We must protect the right to protest peacefully, and any attempt to cool it down by intimidation or threat of lethal force will not be tolerated.”

Protesters protested on Sunday against Mayor Lyda Krewson for reading on Facebook Live the names and addresses of several residents who wrote letters calling for the police department to be dismantled.