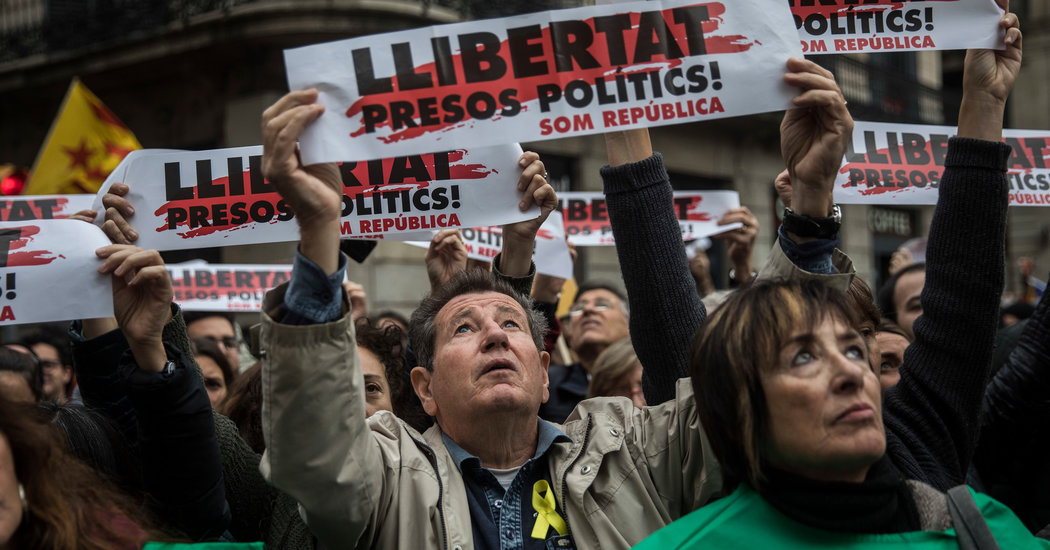 For the past six years, Mr. Junqueras has directed Esquerra Republicana, a leftist party that has been at the heart of the separatist coalition that governs Catalonia.

The Supreme Court took over the case of Mr. Junqueras and the other separatist leaders after they were imprisoned without bail by a judge of the National Court, the highest criminal court in the country.

Most Catalan separatist politicians have recently softened their positions, recognizing Rajoy's right to impose direct government on the region, which he did on October 27 after separatist legislators voted in favor of independence.

Separatists, including Carles Puigdemont, the former Catalan leader, have argued that the Spanish judiciary had unjustly imprisoned Catalan leaders for political reasons.

Since the end of October, Puigdemont has been in Brussels, where he is fighting against possible extradition and planning his candidacy in the new elections. He refused to return to Spain and claimed that he could not receive a fair trial there.

On Monday, a Belgian judge postponed for the second time, until December 14, the decision to accept or not Mr. Puigdemont's argument. to comply with a European order for his arrest and that of four other former members of the Catalan government who did not appear before the court in Madrid.

Mr. Puigdemont's lawyer told Belgian media on Saturday that the five former Catalan ministers will probably remain in Belgium until after the Catalan elections of December 21 and possibly until mid-January.

In total, the Spanish Attorney General wants to prosecute 20 Catalan politicians for rebellion, sedition and embezzlement of public funds to organize the referendum on independence on October 1 that was declared illegal by the Spanish government and courts.

If found guilty of rebellion, Mr. Puigdemont, Mr. Junqueras and the others could face up to 30 years in prison.

Mr. Puigdemont unexpectedly left Catalonia to go to Brussels shortly after the separatist legislators declared their independence. Arriving in the Belgian capital, Mr. Puigdemont told a press conference that his decision was intended to bring the Catalan conflict to the "institutional heart of Europe", since Brussels hosts the most important institutions of the European Union.

Since then, however, he has repeatedly criticized the European Union for not intervening in the Catalan conflict. The presence of Mr. Puigdemont in Brussels also raised political tensions within Belgium, where a fragile coalition government includes some Flemish politicians who support Catalan independence.

The day the Catalan separatist legislators voted for independence, the Spanish Senate granted Mr. Rajoy emergency powers to take administrative control of Catalonia and expel Mr. Puigdemont and his administration.

Mr. Rajoy also decided to call early elections in Catalonia, apparently as a way to take the separatists off guard and allow him to quickly end the direct rule of Madrid in the region.

The most recent opinion polls suggest that neither side will achieve a decisive victory on December 21. It is predicted that the Catalan separatist parties will lead again, but with fewer votes than in 2015, possibly losing their parliamentary majority.