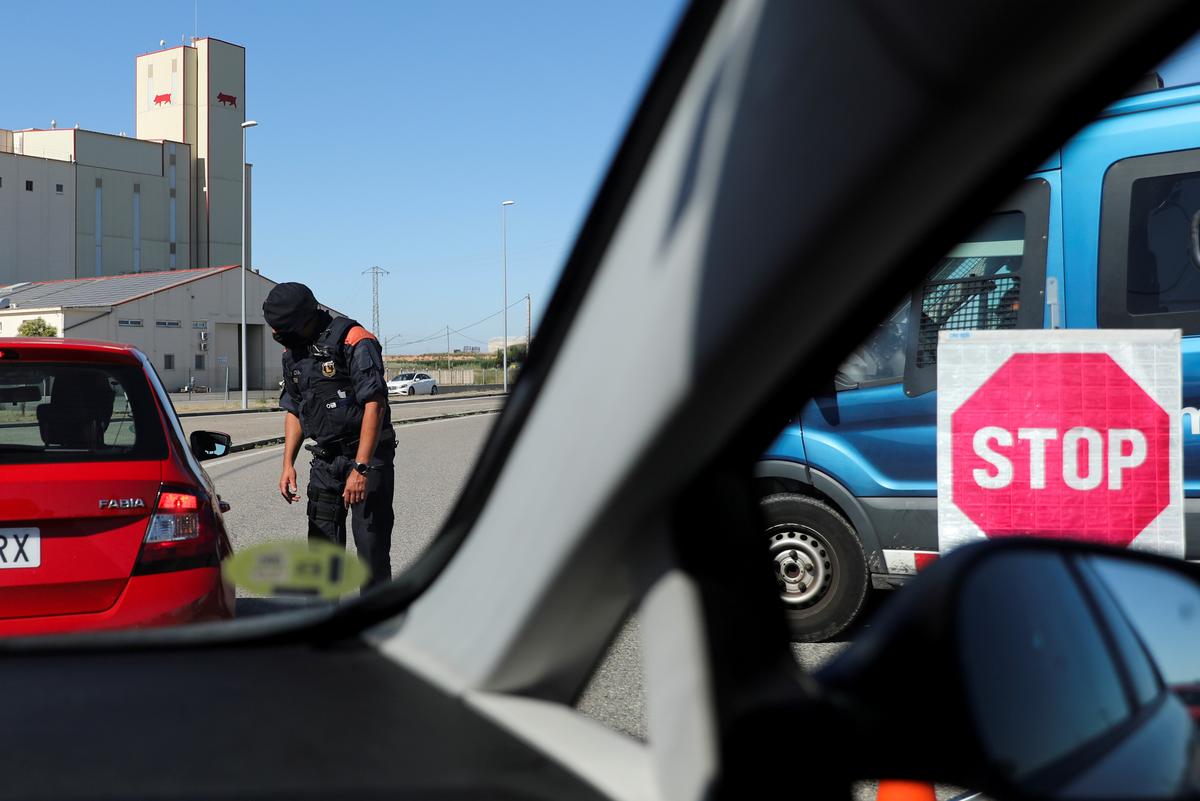 FILE PHOTO: A police officer reviews the documents of people traveling in vehicles at the entrance to Lleida after the government of Catalonia imposed new restrictions to control a new outbreak of the coronavirus disease (COVID-19) in Lleida , Spain, July 4, 2020. REUTERS / Nacho Doce / File Photo

MADRID (Reuters) – The Galicia region of north-west Spain imposed restrictions on some 70,000 people on Sunday after an outbreak of COVID-19, a day after Catalonia also introduced a local blockade to curb the spread of the coronavirus .

People living in A Marina along the northern coast of Spain in the province of Lugo will not be able to leave the area from midnight on Sunday to Friday, two days before the regional elections in Galicia on July 12.

Prime Minister Pedro Sánchez, speaking at a local political rally in Bilbao on Sunday, urged people not to let their guard down, but called for calm since “the early detection of these outbreaks shows that the health system is much better prepared” than in March.

The regional government said that people will be allowed to move around A Marina, but only those who need to travel for work will be able to leave or enter the area.

Regional Health Minister Jesús Vázquez Almuina said at a press conference on Sunday that the largest outbreaks were related to several bars in the area. Regional health authorities said there were now 258 cases in Galicia, of which 117 were in Lugo.

Capacity in bars and restaurants will be reduced to 50% and people will have to wear a face mask even if they are outdoors on beaches or pools, authorities said.

Spain’s Health Minister Salvador Illa said on Sunday that the ministry was closely following the situations in Galicia and Catalonia.

“Social distancing and blocking measures were the key to flattening the curve. Now they are needed again to stop the outbreaks, ”he said in a tweet.

Spain has registered 205,545 coronavirus cases and 28,385 deaths according to data from the Ministry of Health, making it one of the most affected countries in Europe.