A major question for SpaceX’s end of year manifest appears to be gaining some answers as the company aims to debut its Falcon Heavy rocket in the late-December time period.  With one launch left off LC-39A before the pad’s final conversion for the new rocket occurs, SpaceX is understood to be targeting mid-December for the Static Fire of Falcon Heavy followed by a late-December, No Earlier Than 29 December, launch of the heavy lift rocket.

The schedule for Falcon Heavy has been a fluid campaign as operations to bring SLC-40 back into operation took major priority this year following the activation and historically high use of LC-39A to ramp up and maintain SpaceX’s impressive launch cadence. 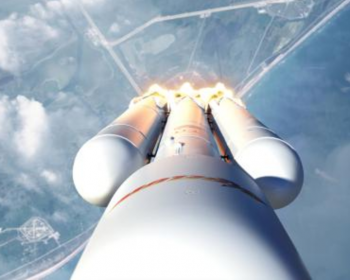 This year alone has already seen 12 launches from the SpaceX-leased pad, with two more – Zuma and Falcon Heavy – planned before year end.

Currently, all three cores for Falcon Heavy’s first stage are inside the Horizontal Integration Facility (HIF) outside the perimeter of LC-39A at the Kennedy Space Center, as is the second stage.

Once Zuma is off the ground, Falcon 9 single stick launches will largely move back to SLC-40 starting with the CRS-13 Dragon launch to the International Space Station, set for No Earlier Than (NET) 4 December. 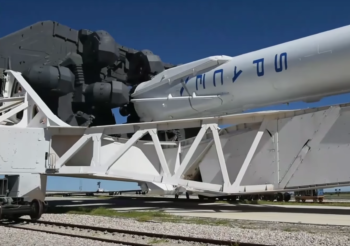 That move will free Pad-A for the final round of work needed to finish configuring the Transporter/Erector/Launcher (TEL) for Falcon Heavy.

The Falcon 9 east/west hold down clamps have to be removed as their presence overlaps with the positioning of the Falcon Heavy side-mounted cores’ engines. 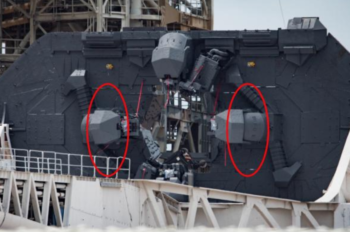 Those east/west hold down clamps are currently installed on inserts to the TEL reaction frame, and once removed will create the needed exhaust holes for the side-mounted FH cores.

However, the sheer weight of the Falcon Heavy necessitates the installation of compression bridges that will help hold and distribute the weight of Falcon Heavy.

These two compression bridges will be mounted to the same points on the reaction frame of the TEL that the east/west Falcon 9 hold down clamps are currently bolted to.

Importantly, the compression bridges are not hold down clamps. 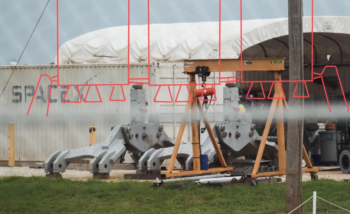 Rather, they are specially designed pedestals that a portion of the mating brackets bolting the side cores of the Falcon Heavy to the central core will rest on top of.  (See image to left for visual.)

This remaining work to the TEL comes after months of working between launches and during the range-imposed downtime in July.

At the beginning of summer, a total of 60 days of work to finalize Pad-A for Falcon Heavy were needed.

As recently as 18 October, processing information on L2 noted that SpaceX had gotten that number down to just 21 days. 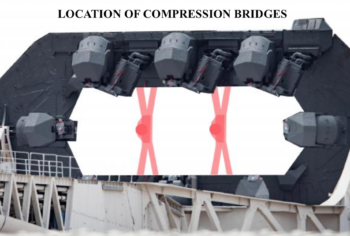 That number has since been reduced even lower, and more work is planned for the TEL’s reaction frame between the just-launched Koreasat-5A mission and the mid-November Zuma launch – with SpaceX hoping to finish installation of the new Tail Service Masts (TSMs) for Falcon Heavy before Zuma.

The TSMs are positioned at the based of the TEL reaction frame and provide electrical, data, and propellant servicing connections for Falcon 9 and Falcon Heavy boosters.

If installation of the four new TSMs for Falcon Heavy can be accomplished before Zuma, only final cutting and welding to remove the Falcon 9 east/west hold down clamp inserts and to install the compression bridges before moving on to final propellant line and electrical work will remain – about a week and a half’s worth of work before the TEL is ready for Falcon Heavy.

Once the TEL is ready, SpaceX will undertake a series of tests – known as verification and validation – for Falcon Heavy. 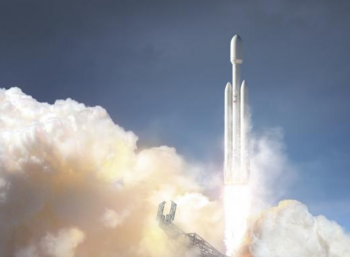 This will include the final mating of all three Falcon 9 cores and their simultaneous transfer, mate, and fit checks to the TEL inside the HIF.

Once those operations are complete, the TEL will take the Falcon Heavy up the ramp to LC-39A and the launch mount.

Given current timelines, L2 processing information notes that the Falcon Heavy could grace Pad-A as early as “late-November”.

Once at the launch mount, fit checks with and connection to LC-39A will be performed before the team move on to the first Wet Dress Rehearsal (WDR 1).

Under the current plan, two WDRs are planned.

The first, WDR 1, will see all three cores and the second stage completely filled with RP-1 kerosene and LOX.

Data will be collected and the Falcon Heavy de-tanked before the data is reviewed to ensure all of the pad’s and rocket’s systems performed perfectly during the test.

It is noted in L2 processing information that if no issues are encountered during WDR 1, the team might opt to roll WDR 1 directly into the crucial Static Fire.

However, the formal plan currently calls for WDR 1 to only be a full-up tanking test, with a second WDR, WDR 2, following.

WDR 2 will use the same process of fueling the rocket but – if no issues arise – will be merged with the Static Fire. 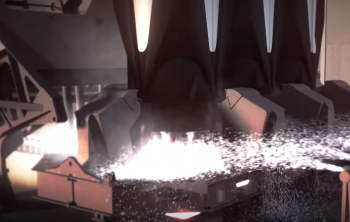 Under the current timeline, SpaceX is aiming to perform the Static Fire around 15 December, with both “mid-December” and “NET 15 December” noted at present.

The Falcon Heavy’s static fire will be the first time 27 Merlin 1D engines are lit together.

Due to thrust torque (a thrust-induced rotation) scenario that could destroy or severely damage the octawebs at the base of each Falcon core that house the Merlin 1D engines, the Falcon Heavy’s 27 engines will not be lit simultaneously like the Falcon 9 engines.

Instead, Falcon Heavy will take a page from the Space Shuttle’s book and will employ a staggered start sequence – like main engine start on Shuttle where each main engine started 120 milliseconds after the previous. 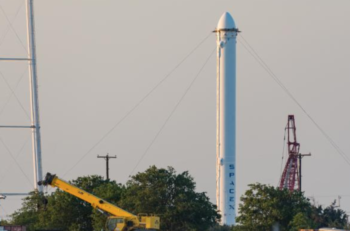 For Falcon Heavy, it is understood that two engines will be lit simultaneously followed by the next two… and so on until all 27 are up and running.

While SpaceX has ample experience lighting all nine engines of the Falcon 9 simultaneously, with every Falcon 9 going through a full duration hot fire at McGregor followed by a static fire on the launch pad before all nine engines are lit a third time for launch, no company in the U.S. rocket industry has experience lighting 27 engines at the same time.

While each of the three Falcon Heavy debut cores – two flight-proven cores for the side-mounted boosters (boosters B1023 and B1025) and a new core for the central core (booster B1033) – have undergone hot fire testing at McGregor, they were all fired separately because the Texas test site is not built to accommodate three cores at the same time. 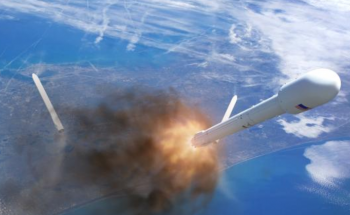 This means SpaceX will not gain a full understanding of how all 27 engines lite until the more-crucial-than-usual static fire at LC-39A at Kennedy.

For Falcon Heavy, once the Static Fire is complete, the vehicle will be de-tanked and the data from the test studied in detail.

From here, the team will decide – with Elon Musk’s input – if a third WDR and second Static Fire is needed.

If more tests are needed, they will be performed – with ample time available between the first Static Fire and the Falcon Heavy’s currently-understood NET launch date.

A second Static Fire – depending on the reason such an event would be needed – would be expected around 20 December. 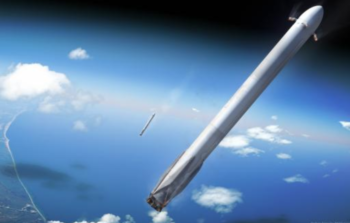 However, if the data from WDR 2 / Static Fire indicates that everything is ready, Falcon Heavy will be taken back to the HIF and mated with its still mysterious payload.

The entire launch vehicle will then be brought back to the pad.

The date is tentative, and could actually pull forward if all pad testing goes smoothly.

Thus, a “late December” approach should be taken to the Falcon Heavy’s launch at present – with all dates between 20-31 December possible for launch operations.

When it launches, Falcon Heavy will produce 5.13 million lbf at liftoff, increasing to 5.549 million lbf as the vehicle ascends into vacuum and will become the world’s most-powerful rocket.