April 17, 2019 Science Comments Off on Space mice surprise scientists by inventing a game of microgravity on the ISS 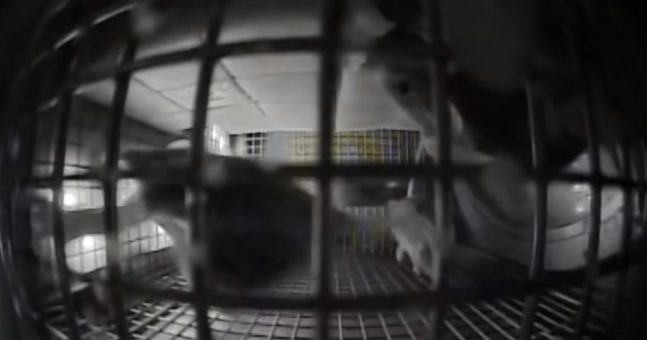 A group of mice that participated in a NASA study on the International Space Station surprised scientists by turning their weightlessness into a game.

The study looked at the mice as they got used to the microgravity environment in the space station and recorded changes in their behavior.

The experiment was intended to increase our understanding of how basic biology works in space, and the results are expected to help NASA prepare human astronauts for long-term missions.

NASA said the 37 days the mice spent in the ISS cage, dubbed the "rodent hardware system", would amount to a long-term mission on the rodent's life scale.

The mice did all the things they would normally do while they were in microgravity: they adapted quickly to their new weightlessness and anchored to the cage with their hind legs or tails.

They spent their entire mission exploring the entire habitat and, at the end of the study, weighed almost the same as a group of rodents held in similar circumstances as a control group on Earth.

Their coats were also found in excellent condition.

NASA said both findings suggest that the mice remained in good health.

Space mice were also more active than their Earth counterparts and about a week after launch, they began to show a new "unique behavior," which scientists called "race tracking."

Often, acting in groups, the mice began to run around the walls of the cage, turning the whole enclosure into a kind of orbital hamster as they turned.

While the images seem to suggest that rodents are enjoying their surroundings, NASA said there could be several explanations for the behavior.

It could be that the physical exercise was in itself a reward for the mice or it could be the movement helped with the system of balance of the body, which is mostly absent in microgravity.

It could also have been a response to stress; however, researchers believe that this is less likely since, otherwise, they enjoyed excellent health.

"Behavior is a remarkable representation of the biology of the entire organism," said NASA researcher April Ronca. "It informs us about general health and brain function."

NASA said that knowing the behavior of the circles will be useful for future studies of the physiology of the mouse in space.

Physical activity is also important in terms of studying the effect of microgravity on bone loss, an important consideration for future human spaceflight missions.