S&P 500 on track for third week of declines, led by technology 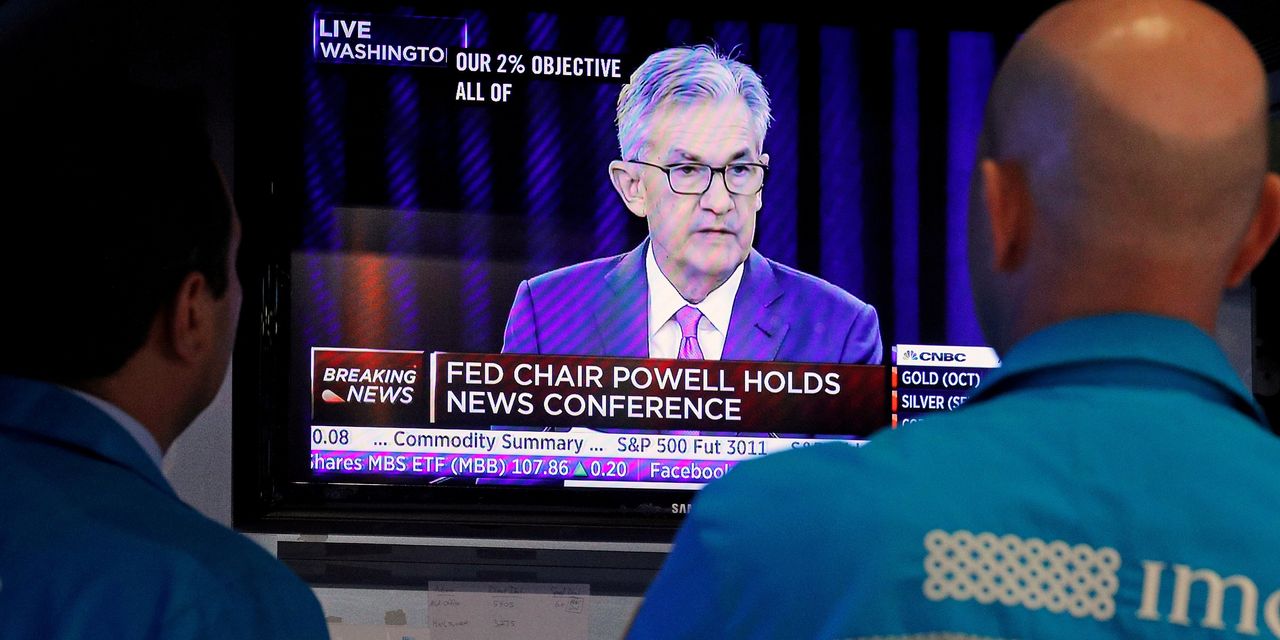 US equity futures wavered on Friday, suggesting that the S&P 500 is poised for a third week of declines as investors awaited the monthly jobs report for fresh outlook on the health of the job market.

Futures linked to the S&P 500 rose 0.2% in choppy trading. The broad market index was down 1.1% for the week to Thursday’s close, falling to its lowest level since late January.

Contracts tied to the heavy-tech Nasdaq-100 were relatively flat, indicating that the sector may struggle to regain its balance at the opening bell.

Stocks have floundered in recent weeks as a surge in bond yields has cast doubt on whether low interest rates, which pushed valuations higher for much of last year, can continue for much longer. . Yields, which rise as bond prices fall, have rebounded in response to expectations of an accelerating pace of growth and inflation as the economy reopens after the coronavirus pandemic.

The yield on 10-year Treasury notes was mostly flat on Friday at 1.549%, compared with 1.547% on Thursday. That marked the highest level for the benchmark cost of borrowing since February last year. The recent rise in yields came after Federal Reserve Chairman Jerome Powell provided no sign that the central bank would attempt to stop the rise when he spoke at the Wall Street Journal Jobs Summit.

“It’s about the bond yield movements. It’s about Jerome Powell, ”said Edward Park, chief investment officer at Brooks Macdonald. “There is a great deal of uncertainty in the market right now as to whether inflation is widely expected in the near term. it is transitory or if it is more sustained “.

Bond yields are likely to continue rising and stocks may remain nervous unless the Fed takes concrete steps to put a cap on yields, according to Park. “Markets are more volatile when they are not sure how monetary policy and fiscal policy will react.”

Tech stocks have been the hardest hit by the sentiment shift in recent weeks. The Nasdaq Composite Index, a closely watched barometer for the sector, fell to its lowest level since Jan.4 on Thursday. The index ended the day down 9.7% from its February 12 high, placing it just below correction territory.

Before the bell in New York, Gap shares were up nearly 5%. Executives at the firm Thursday night predicted a rebound in clothing sales in the second half of the year after a difficult 2020.

Broadcom shares fell nearly 2% in premarket trading after the company’s chip sales came in just below Wall Street estimates. Shares of energy companies, including Exxon Mobil and Occidental Petroleum, received a boost from rising oil prices after an unexpected decision by OPEC and its partners to renew production cuts in April.

Investors will analyze the February jobs report later, which will be released at 8:30 am ET. It is expected to show that the economy created 210,000 jobs last month. That would add to signs of a slow improvement in the job market, after data on Thursday showed claims for jobless benefits hit their lowest level in three months.

The employment report may not weigh much on bond yields because the data is unlikely to affect the progress of the Biden administration’s stimulus package through the Senate, said Lyn Graham-Taylor, senior rate strategist. Rabobank. On Thursday, the Senate advanced the $ 1.9 trillion bill after making a series of adjustments, and it is expected to pass in a few days.

Yields are likely to continue rising, according to Graham-Taylor. “So far the Fed has emphasized that it doesn’t love it, but it feels pretty comfortable with it,” she said. “In the back of their minds, it’s natural for yields to go up a little bit – we’re not in the eye of the storm like we were.”

Oil prices rebounded for a second day after OPEC and a Russian-led coalition of oil producers maintained most of their production cuts, taking the market by surprise. Brent crude, a benchmark in international energy markets, rose 2.7% to $ 68.52 a barrel.

Abroad, the pancontinental Stoxx Europe 600 posted a 0.2% drop. Among individual stocks in the region, London Stock Exchange Group fell 8.8% after earnings fell short of analyst forecasts in the second half and costs beat expectations.