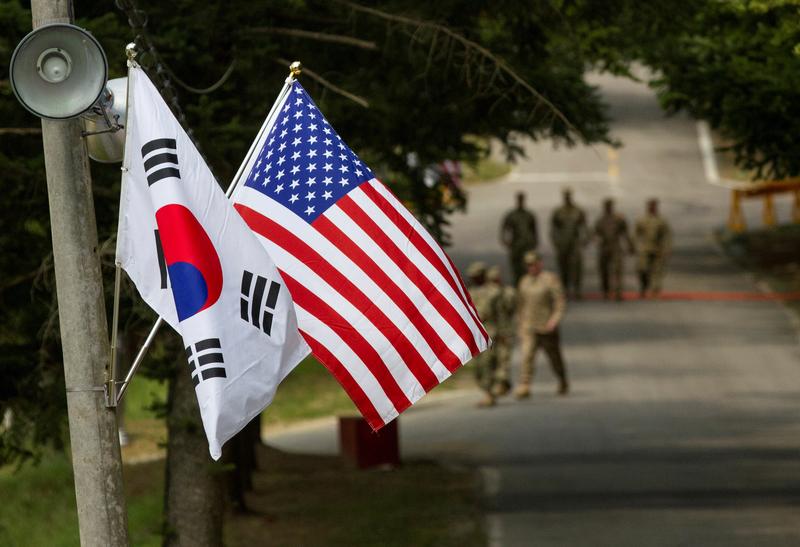 WASHINGTON / SEOUL (Reuters) – South Korea will increase its contribution to the cost of US forces stationed in the country under an agreement reached with the United States, the State Department said on Sunday, easing an irritant in ties between the two. allies.

The agreement reflects the “commitment of the Biden administration to revitalize and modernize our democratic alliances around the world to promote our shared security and prosperity,” said a State Department spokeswoman.

The proposed six-year “Special Measures Agreement” will replace the previous agreement that expired at the end of 2019.

The spokeswoman said the deal included a “significant negotiated increase in host nation support contributions,” but did not elaborate.

There are about 28,500 US soldiers stationed in South Korea as a deterrent against North Korea. More than 90% of Seoul’s contributions under the previous deal went directly back to the South Korean economy, the spokeswoman added.

Negotiations stalled after former US President Donald Trump rejected Seoul’s offer to pay 13% more, totaling about $ 1 billion a year, and demanded as much as $ 5 billion. Seoul currently pays Washington about $ 920 million a year.

The deal has yet to be approved by the South Korean legislature. The South Korean Foreign Ministry confirmed an agreement in principle in a statement, but did not offer details.

“Both parties will make a public announcement and hold a tentative signing ceremony after completing internal reporting procedures. The government will quickly resolve to sign an agreement to resolve its void that has lasted for more than a year, “added the ministry.

President Joe Biden has vowed to revitalize American alliances after four years of tensions under Trump and to build a united front to counter the challenges posed by Russia, China and Iran.

“Mr. Trump did what he thought was right and I respect his opinion, but more than anything, I was disappointed in the way he asked,” said Chun In-bum, a retired South Korean general and special forces commander who worked with him. US Army.

South Korea began paying for the presence of American troops in the early 1990s, after rebuilding its war-torn economy. The two countries signed a mutual defense treaty at the end of the 1950-1953 Korean War, which laid the groundwork for the deployment of American forces in South Korea.

Chun said the new agreement was a victory for the alliance because it would improve overall conditions for US forces, while the six-year extension would provide much-needed stability.

“I hope this agreement highlights the fact that ‘Korea is not a profiteer’ and is and has been a reliable partner,” he said.

After the latest pact expired, some 4,000 South Koreans working for the US military were put on leave without pay, prompting the two countries to fight for an interim agreement allowing them to return to work.

The United States reached an agreement with Japan last month on Tokyo’s contribution to stationing some 55,000 US forces there, keeping Japan’s annual costs stable at around $ 1.9 billion.

Reporting by Andrea Shalal and Hyonhee Shin; Additional reporting from Phil Stewart and David Brunnstrom in Washington, and Josh Smith in Seoul; Editing by Daniel Wallis and Peter Cooney