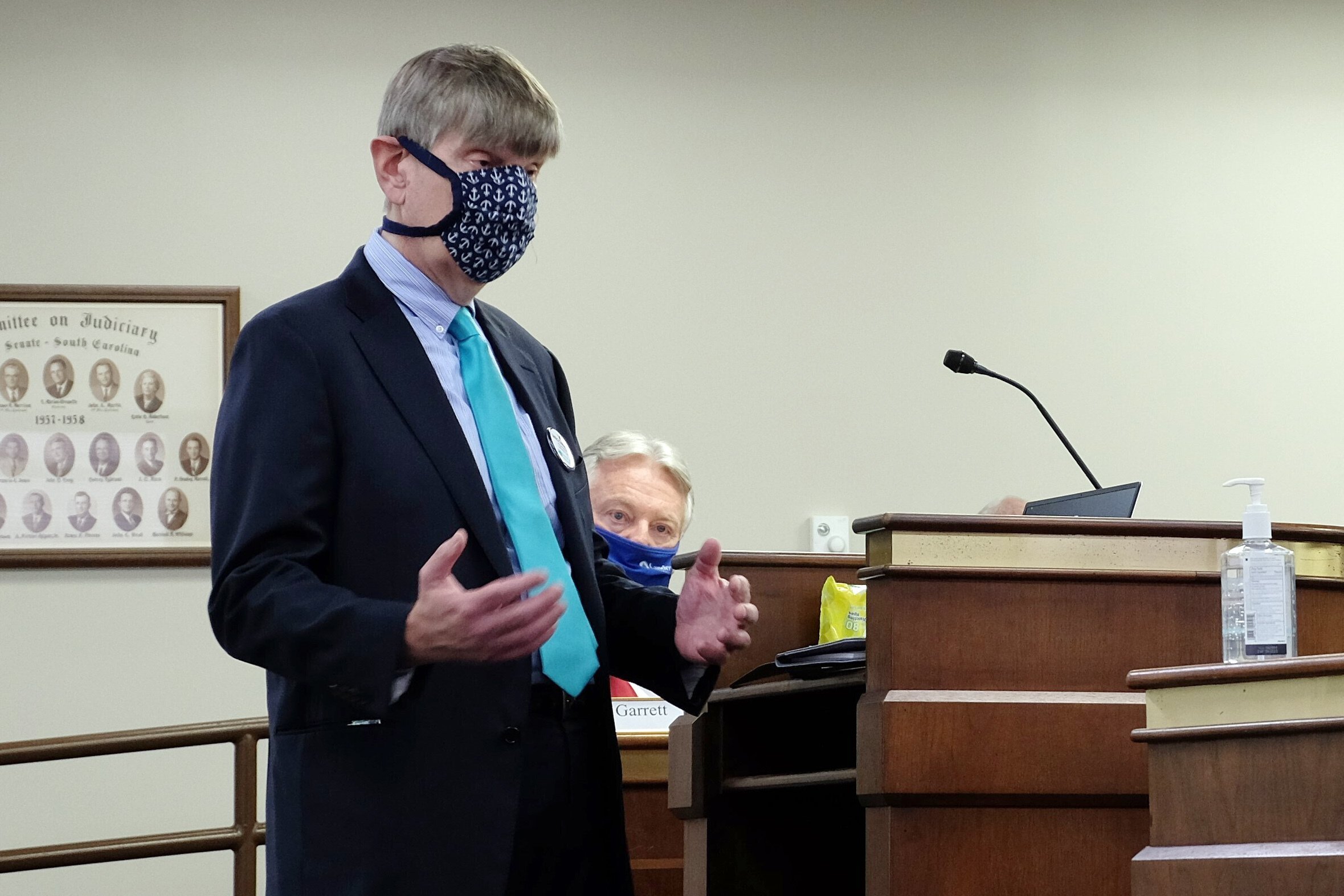 COLUMBIA, SC (AP) – South Carolina public health workers are tasked with keeping the state safe for 143 years, since lawmakers created a health board in 1878 after a yellow fever outbreak killed 20,000 Americans.

Now, as the coronavirus pandemic escalates, lawmakers are trying to split their agency.

As in most states, the South Carolina public health agency was underfunded and overworked. long before he had to sustain a grueling defense against a virus humans had never seen before.

Since then, criticism has increased from all sides: for a slow roll out of the tests, the agency’s refusal to release detailed data on the first cases and for seemingly neglecting its top epidemiologist.

Now, a new director has stepped into what many see as a leadership vacuum, but lawmakers intending to dismantle the Department of Health and Environmental Control are not making much of it.

Dr. Edward Simmer is the first physician to lead the agency in nearly four decades, a fact that shocks Simmer himself. He told The Associated Press in an interview that he will put science at the center of his dealings with the public, the legislature and the governor.

“Obviously, there are political aspects to what DHEC does. My goal is to be as apolitical as we can be, ”Simmer said.

Unlike most public health agencies, South Carolina’s portfolio has included environmental regulation since the 1970s. It now has nearly 4,000 employees, overseeing everything from water quality, dams and landfills to hospitals and distribution of vaccines.

The expanding agency only responds indirectly to elected officials, through an eight-member board appointed by the governor. State officials have said for years that it has become too powerful and unmanageable.

Lawmakers have accused the agency of not advocating strongly enough for preventive measures or rejecting Republican Gov. Henry McMaster’s decisions to reopen businesses. They said DHEC staff shirked responsibility by allowing the board to decide how to assign limited vaccines; that the board of directors, made up mainly of businessmen and a single doctor, lacks transparency; and that board members moved too slowly to find a new director after the last one resigned, amid the pandemic.

“No one is in control of DHEC and they haven’t had it for quite some time,” Peeler said in December when he announced the bill that would restructure the agency.

Public health agencies have become political scapegoats across the country after years of inadequate funding, and a lack of federal leadership and coordination has made responding to the pandemic even more difficult, said Simon Haeder, a policy professor. public at Penn State.

In some other states with Republican-controlled legislatures, such as Michigan, Montana, Ohio and Oklahoma, lawmakers are seeking to curb the powers of proactive state and local health departments.

In South Carolina, the prevailing sentiment is a desire to make the agency more effective, after the response has been hampered by a series of politically appointed directors that did not last and other personnel changes.

“You can make all the structural changes you want, but you have to pick people who are really good at this,” said former Gov. Jim Hodges, who served from 1999 to 2003.

Sen. Dick Harpootlian, a Columbia Democrat who has criticized the agency’s refusal to close deals that violate public health guidelines, said the plan to split DHEC is a “distraction” and it is the board that should be replaced: Useless. It is useless to fall short “.

There are signs that other core functions of the agency are failing.

Expired water pollution permits at three of the state’s coal plants had languished for about a decade before environmentalists sued the agency last summer to do their job. The agency finally agreed in January to review the permits.

“Abdicating your responsibility to make sure you are protecting the citizens of the state from pollution is a pretty serious shortcoming,” said Amy Armstrong of the South Carolina Environmental Bill.

More recently, a computer system change left families and funeral homes without death certificates, as bodies awaiting cremation were piled up in at least one funeral home, The Post and Courier reported.

Still, people who have worked closely with the agency say that breaking up DHEC without adequate funding and staff will only make problems worse, and that trying to do so during a pandemic is ill-timed.

If anything, the two parts of the agency should coordinate even more closely as dangers to human health increase from climate change and other environmental threats, said John Simkovich, a regional director of public health who left in 2013.

Public health resources were cut by lawmakers during the Great Recession, and terms of board members expired under Governor Mark Sanford. His successor, Gov. Nikki Haley, rebuilt the board, and Catherine Templeton, previously hired by Haley to cut jobs in the state labor department, was named director. Templeton initiated more cuts, centralized offices and laid off experienced staff.

Simmer told lawmakers who confirmed him this month that he believes the agency’s environmental and public health halves complement each other. He asked senators to give him a year of work to come up with reforms before trying to dismantle the agency.

Until now, he said, no one has promised him that moment.