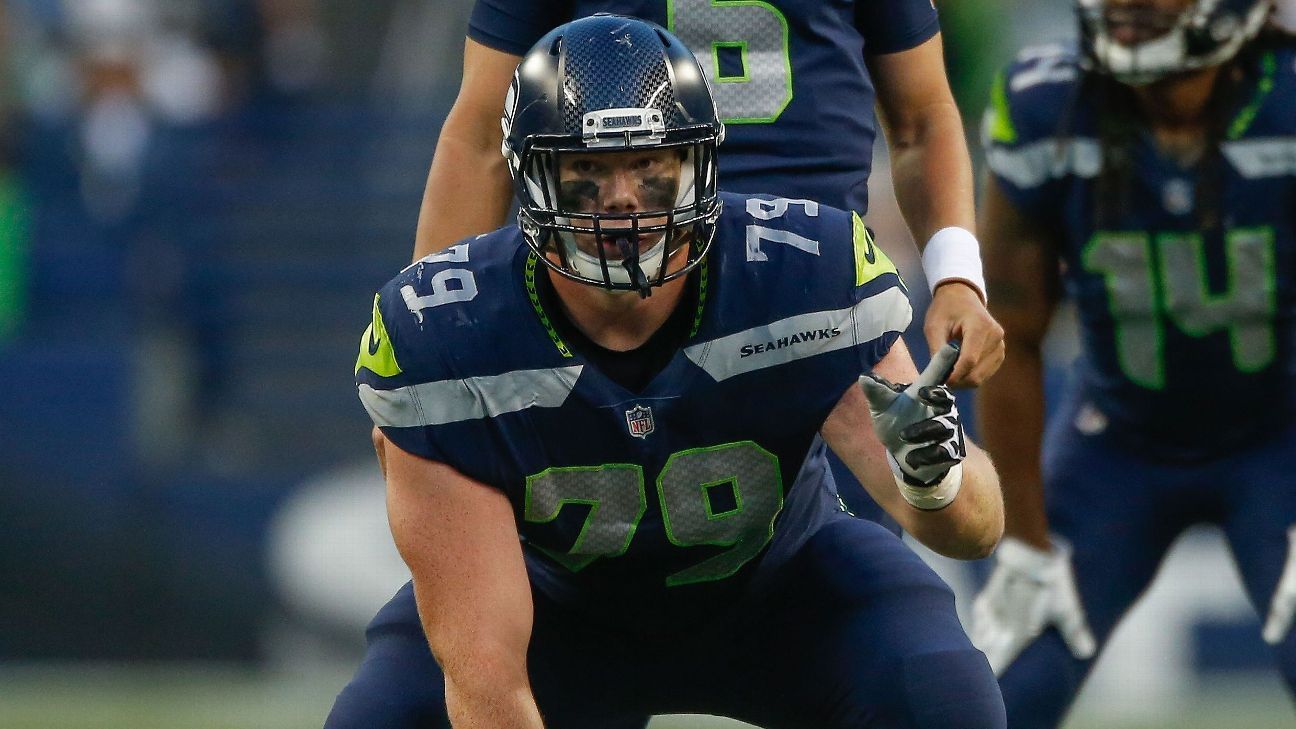 SEATTLE – The Seattle Seahawks are expected to re-sign starting center Ethan Pocic for one year, a source confirmed to ESPN.

The 25-year-old Pocic started 14 games last season and found a home in center after playing both guard positions for his first three seasons. He was ranked 16th last season on ESPN’s pass-blocking win rate as a center. LSU’s 2017 second-round pick has made 30 starts in four seasons.

The Seahawks’ moves on the offensive line have generated more intrigue with quarterback Russell Wilson publicly expressing his frustrations with the organization last month. Fueling some of those frustrations were all the hits he’s taken behind an offensive line that he wanted to see improved.

The Seahawks needed a replacement at a guard position with Mike Iupati retiring and Jordan Simmons, who shared time with Iupati last season, was not offered as a restricted free agent. Seattle could re-sign Simmons for less than a RFA tender would have cost.

In addition to Pocic, Seattle has three other line O starters from last season under contract for at least one more year. Left tackle Duane Brown and right tackle Brandon Shell are signed through 2021, while right guard Damien Lewis, who was selected in the third round last year, has three years left on his rookie contract.

The Seahawks signed BJ Finney in free agency last March to be their starting center, but he showed up at camp out of shape and was defeated by Pocic.

The Seahawks started the week with roughly $ 17 million in cap space, so they may have to make moves to free up more space.

Pocic’s return to Seattle on a one-year contract was first reported by the NFL Network.