‘Something very strange’ about COVID 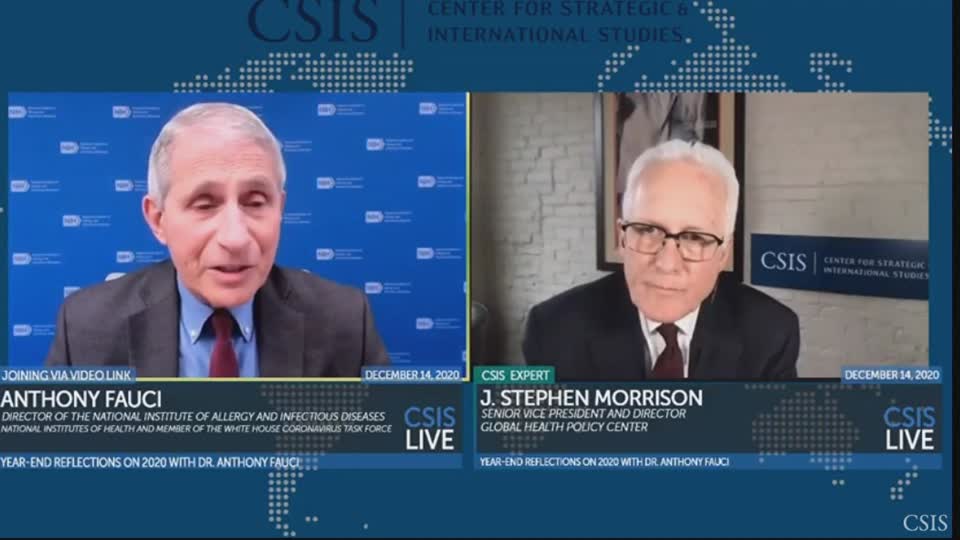 “I haven’t seen anything where you have the virus that 40% of people have no symptoms, and 80% of those who have symptoms have mild to moderate symptoms that don’t require any significant medical intervention. And . You have 20-25% of the people who are devastated, “Fauci told The Center for Strategic and International Studies (CSIS) senior vice president Stephen Morrison on Monday.

“There is something very strange about a virus that most people barely bother them with, and in others it kills them. We still don’t know why this is the case right now. We need to find out,” They said.

Fauci’s remarks came after some US health workers received coronovirus vaccine supplements and the death toll in the US crossed 300,000.

Stephen Morrison: We started with zero knowledge of this virus. Ok what did we learn?

Anthony FAUCI: Well, we learned that this is the most, if not the most unusual virus that any of us have ever dealt with. Certainly, in my 36 years as the director of the institute, I have not seen anything where you have a virus that – 40% of people have no symptoms, and 80% of those who have symptoms are very There are mild to moderate symptoms that do not require any significant medical intervention. And then you have 20% to 25% of people who are devastated, as happened after the death of about 300,000 people.

There is something so strange about a virus that in most people it barely bothers them and in others it kills them. We still do not understand why this is so. Right now, we need to find out.

Stephen Morrison: So do you anticipate next fall that most people will return to classes, people will dine in restaurants, people will be going on vacations or busy in business?

Ancient FAUCI: This is a big if, and if it’s up to us. If we get 75%, 80% of the population vaccinated, I think it is remarkable what you just said. Because we will start vaccinating people from the general population who do not fall into any higher priority group, perhaps as we get in April. We will have April, May, June and July. We will have four months of vaccination to everyone with three months, a prime and a boost.

By the time you arrive in the fall, September and October, if we get that proportion of the population from vaccination, then we should be able to feel very comfortable clearly about schools, as well as some other tasks. Which we have withdrawn. So far, things like theater, restaurants.

I believe we are going to be able to throw away the mask and forget about physical isolation in a different setting for some time, possibly until we fall late, and next winter. In the beginning, but I think we can do this. Numbers will guide us.

So I don’t think it’s going to be subtle. We are going to see a dramatic change in the dynamics of the outbreak, and when we do, we start to carefully and judiciously pull back a little on the mitigation methods, not only dropping them all, but slowly And pull back judiciously.