Some Alaskans recovered from COVID-19 say they faced social stigma 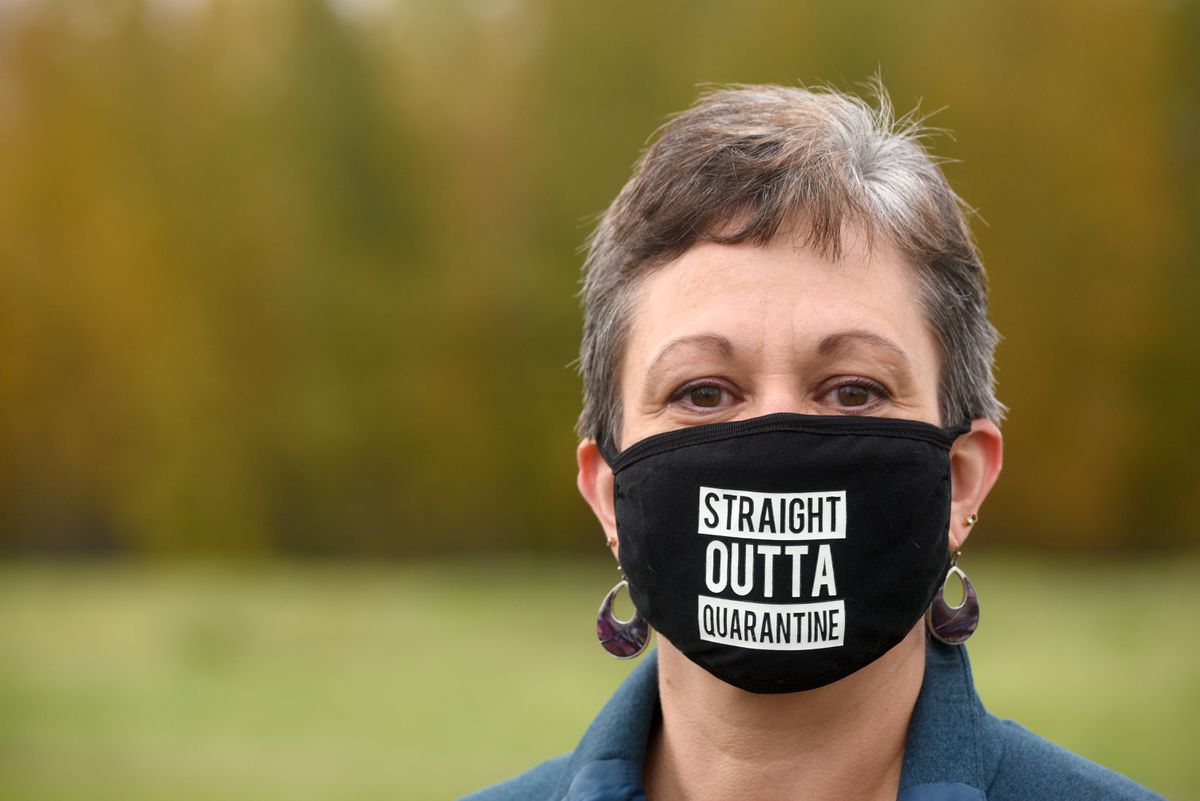 We are providing this important information about the epidemic available without membership as a public service. But we depend on reader aid to do this work. Please support only $ 3.23 a week to support independent journalism in Alaska.

After Catherine Elm recovered from a relatively mild bout of COVID-19, he was surprised by some of the reactions she received.

“Most (people) were happy to see me back, but then a couple of them, I came towards them and I would see them physically returning one step back,” said Alum. “And I’m like, ‘Wow. You just stepped away from me. Although I’m no longer contagious.'”

Elam, 54, is a registered nurse in Fairbanks, a mother of three and the first Alaska resident’s cousin COVID-19 in-state death.

She and others have spoken with the Daily News in recent months, experiencing social stigma associated with coronovirus infections, which it says is challenging for them to feel comfortable sharing their stories publicly has gone.

Others said they were concerned about their privacy, worried that the reception would be at work and thought that some people might be prejudiced against those who had COVID-19, even though they are now contagious Were not.

Dr., a medical officer of the Anchorage Health Department. Bruce Chandler said that a general priority for medical privacy is very common.

But with coronovirus, he said, the additional concern is that people are worried that they may be judged for not being sufficiently alert, or for not following health mandates closely.

In many cases, Chandler said, this assumption would be wrong.

“This transition is very easy to achieve,” he said. “Even among those who are religiously following rules and health mandates.”

Chandler said some experience of stigma also exists because it is a new virus, about which we still know relatively little. But so far, the science is clear on one thing: there is no reason for the Department of Health to avoid someone ending their isolation after COVID-19.

“We don’t know anyone (with COVID-19) that has been contagious for more than 10 days,” Chandler said.

Seward Tausley, a domestic violence advocate of Seward, tested positive for the virus in June after feeling a bruise in the back of her throat that she would usually dismiss as allergic.

While Tosley is comfortable telling her story publicly – she shared it with friends on Facebook – she experienced some negative reactions when people came to know about her diagnosis.

“I am among those who were very bad about this and used to avoid me,” he said. “I think it’s probably born of fear.”

Soon after being recovered, Tossley said she knew someone at the grocery store who asked her if she had tested negative yet.

“And I hadn’t tested again at that point, but the state had sent me a letter saying I was good to go, and I could go back to work. And I got this letter in my purse Did not feel the need to move around.

His acquaintance asked him if he was sure he was no longer contagious, and Tossley replied, “I wouldn’t have been at the grocery store if I had been.”

“I think people are scared and just don’t understand,” she said.

Since the onset of the epidemic, Fairbanks nurse Elam said she had taken the virus very seriously. It became very real for her when her cousin died, she said.

In early times, when test supplies were limited, and because he is a health care worker, he was encouraged to do as much separation as possible in exchange for regular testing.

He asked his 25-year-old son that he lives separately with him. It was only until the weekend of the summer solstice, in the months of leaving home, to go to work only, that his son came to him and said that the separation was on him.

“He said, ‘I need to go out, I need to see my friends, I’ve never been apart of this before in my life,” said Alum. The plan was to meet at once, and then left. . She said she understood.

“As he was leaving, my mother instinct came out, and I just thought, ‘He’s going to take COVID this weekend,” Elam said.

She was right. By August, Elam, her husband and her two sons had all tested positive for the virus.

On 17 July, about two weeks after becoming ill, the alum was cleared to return to work.

In the months following her recovery, Elam said, she still encounters people who react badly when she reveals that she had COVID-19.

“My son gave the best description,” she said. “It’s like, if he was out for a few days with the flu, people would say, ‘Oh my God, I hope you feel better.” No rejection, no response, nothing like that. If I tell someone I had COVID, they look at me as if I am a dirty person now. “

Now, Elam said, when he meets people who have tested positive, he knows exactly what to say.

“I think a person who has survived wants to hear, ‘Are you alright?’ And ‘You survived? I am very happy to know this.’ “

[Because of a high volume of comments requiring moderation, we are temporarily disabling comments on many of our articles so editors can focus on the coronavirus crisis and other coverage. We invite you to write a letter to the editor or reach out directly if you’d like to communicate with us about a particular article. Thanks.]