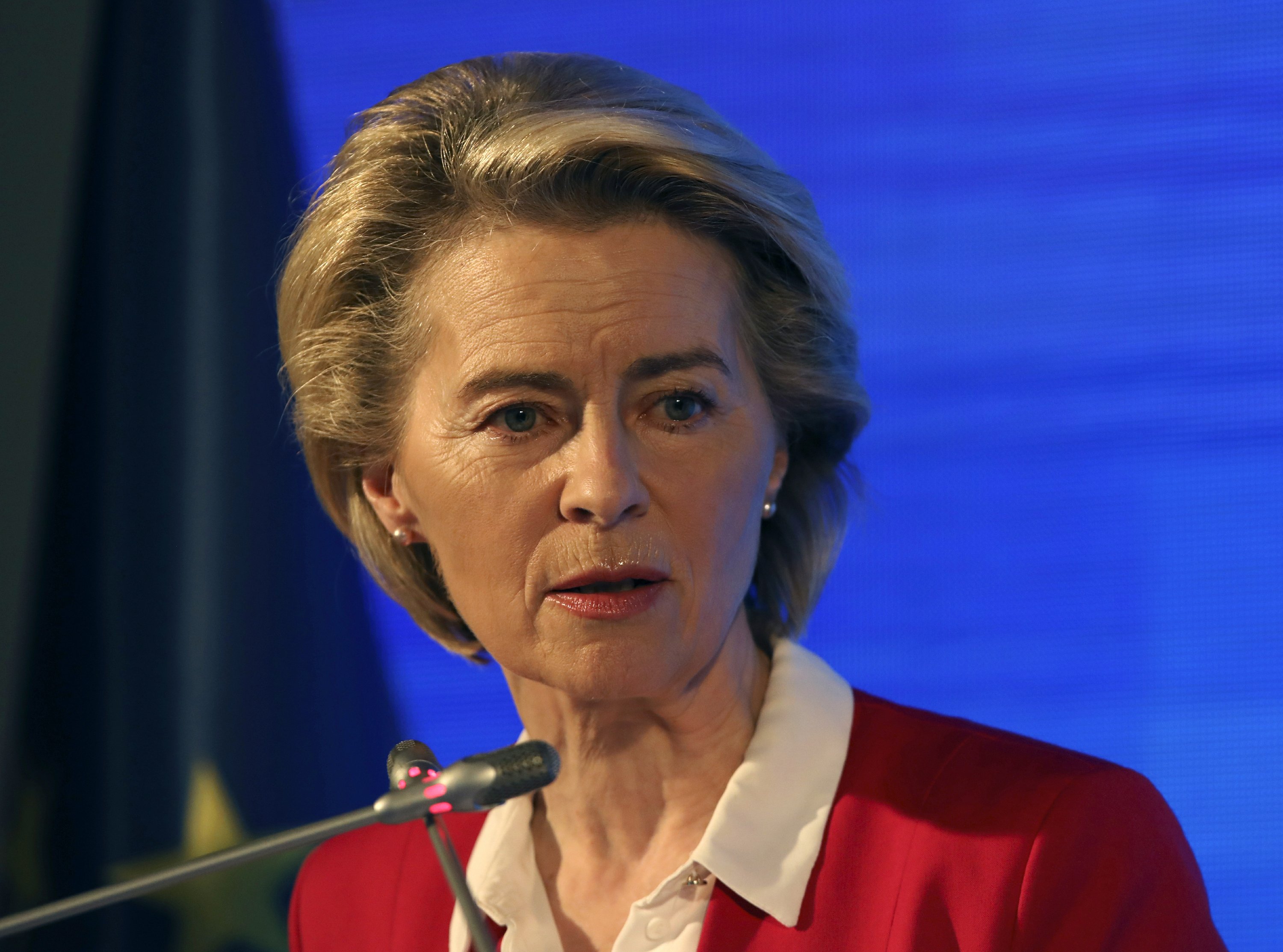 BRUSSELS (AP) – Gender equality issues took center stage in Brussels on Wednesday, a day after Ursula von der Leyen, one of the EU’s most powerful executives, was treated as a second-ranking official during a visit to Ankara.

Von der Leyen, the president of the European Commission, and the head of the European Council, Charles Michel, visited Turkey on Tuesday to talk with Turkish leader Recep Tayyip Erdogan, focusing on EU-Turkey relations. After they were ushered into a large room to discuss with Erdogan, television images showed that only two chairs had been placed in front of the EU and the Turkish flags for the three leaders.

Michel and Erdogan took the chairs as von der Leyen looked at both men, expressing his amazement with an “ehm” and a disappointed gesture. Von der Leyen finally sat down on a large beige sofa, away from his male counterparts.

According to an EU source, the meeting between the three leaders lasted more than two and a half hours.

“The important thing is that the president should have sat in exactly the same way as the president of the European Council and the Turkish president,” said EU commission chief spokesman Eric Mamer, adding that Von der Leyen was surprised by The arrangements.

“She decided to proceed anyway, prioritizing substance over protocol, but nevertheless, let me emphasize that the president expects the institution she represents to be treated with the required protocol, so she has asked her team to take all the appropriate contacts to make sure such an incident does not occur in the future, ”Mamer said.

She added that Von der Leyen’s protocol team did not travel to Turkey with her due to the coronavirus pandemic.

There were no immediate comments from the Turkish presidency or the European Council.

The diplomatic incident was abundantly commented on on social media. European lawmaker Sophie in ‘t Veld posted photos of previous meetings between Michel and Von der Leyen’s predecessors with Erdogan, with the trio of men sitting in chairs next to each other.

“And no, it was not a coincidence, it was deliberate,” he wrote in ‘t Veld on Twitter, questioning why Michel remained “silent.”

“‘Ehm’ is the new term for ‘this is not how the EU-Turkey relationship should be,’ said Sergey Lagodinsky, another member of the European Parliament, using the hashtags #GiveHerASeat and #womensrights.”

Last month, Erdogan pulled Turkey out of a key European convention aimed at combating violence against women, prompting criticism from EU officials. The move was a blow to Turkey’s women’s rights movement, which says domestic violence and killings of women are on the rise.

Von der Leyen asked Erdogan to reverse his decision to withdraw from the Istanbul Convention.

“Human rights issues are not negotiable. We were very clear about it. We urge Turkey to revoke its decision because it is the first binding international instrument to combat violence against women and children, ”he said.

When asked if the commission considered the incident to be specifically gender-related, Mamer said that Von der Leyen traveled to Ankara as president of an EU institution.

“Being male or female doesn’t change anything in the fact that she should have been sitting according to the same protocol arrangements as the other two participants,” Mamer said. “She took the opportunity to specifically address the Istanbul convention and women’s rights. I think the message sent was clear ”.

Suzan Fraser in Ankara and Raf Casert in Brussels contributed to this story.