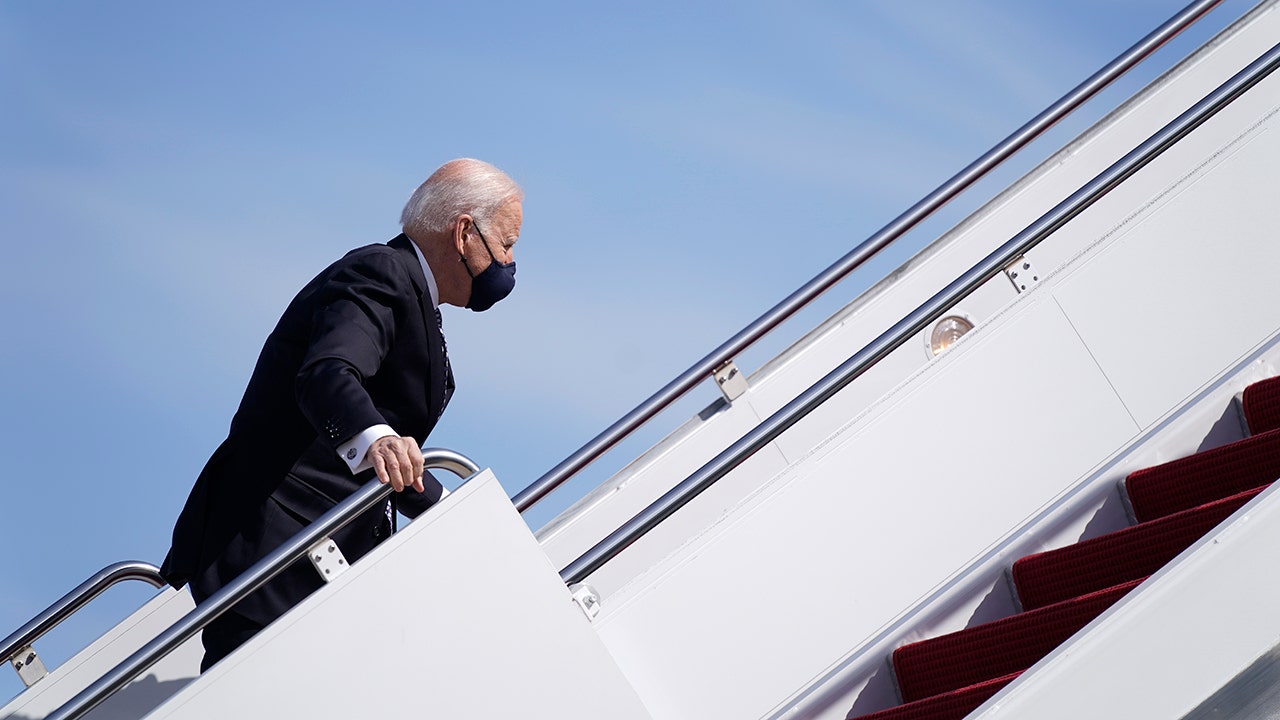 This weekend’s “Saturday Night Live” poked fun at President Biden, about his stumbling on the stairs leading to Air Force One and about last week’s first press conference since he took office.

“This week I felt a bit like Biden on those stairs,” Weekend Update co-host Colin Jost joked about recent events while showing a photo of Biden tripping on the stairs at Joint Base Andrews in Maryland before a flight to Atlanta. .

Jost also applauded Biden for “how well he breakdancing,” while playing a fall video replay of the 1990s song “Gonna Make You Sweat (Everybody Dance Now).”

Fellow co-host Michael Che gave a “shout out to Fixodent” after noting that Biden’s press conference lasted over an hour.

“At the press conference, President Biden was asked if he plans to run for reelection in 2024,” Che said in a montage, “which is probably the best way to ask him if he plans to be alive in three years.”

The show also repeatedly joked about the “cheat sheets” Biden was seen using during his appearance before reporters, first with a graphic on Weekend Update showing a card reading “You = Joe Biden.”

President Biden holds up one of the ‘cheat sheets’ that he was seen using during Thursday’s press conference at the White House. (Reuters)

“Such a fun and solvable problem.”

Earlier, in a sketch where the president attended an Easter Seder hosted by Vice President Kamala Harris (Maya Rudolph) and her husband Doug Emhoff (Martin Short), Biden (Alex Moffat) spoke about critics who didn’t think he was ” mentally prepared enough “for the press conference.

“I think I proved everyone wrong,” he read slowly from a note card.

Harris also thanked Biden in the sketch for the opportunity to spearhead the new administration’s response to the crisis on the US-Mexico border.

“Such a fun and solvable problem,” he said unconvincingly.