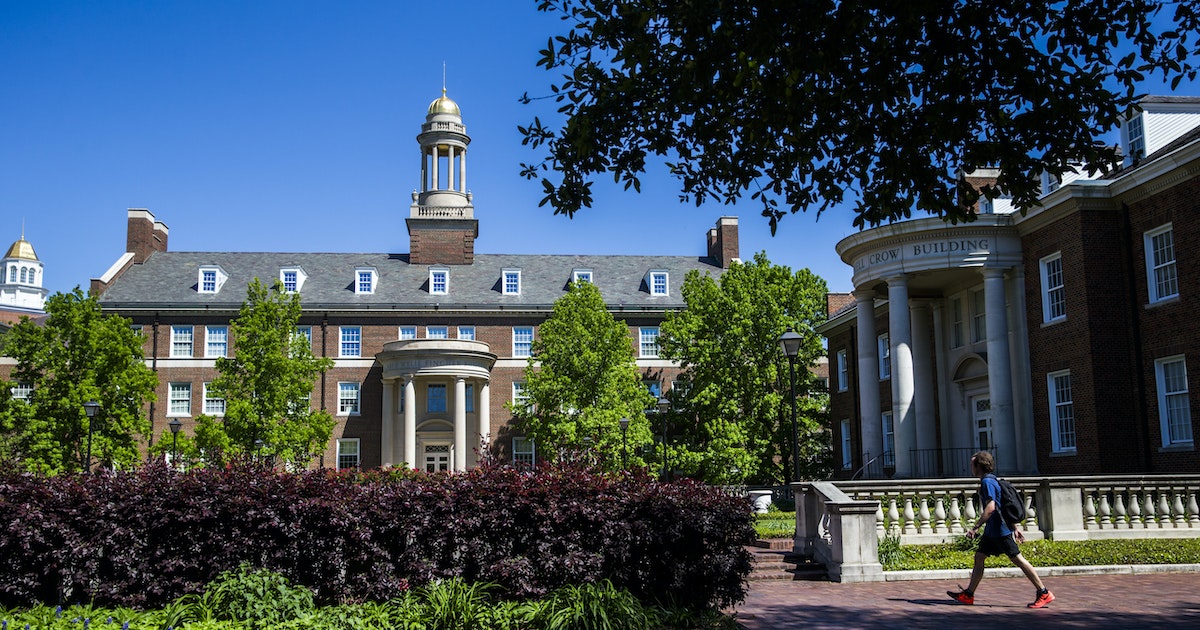 Updated at 12:58 p.m. Monday: Revised to include the surveillance image and new police details.

Police are searching for a group of five people seen in surveillance footage after placards and white supremacist flyers appeared on campus over the weekend.

the banners, which the student newspaper of the Daily Campus reported hanging at an entrance to the lacrosse field, said: "White men! Save your people! Reject the opioid beast!"

A flyer published in the Owens Arts Center said that homobaduals and bads have "lost their pride". Another published in the open air said "No more tolerance, no more diversity" and affirmed that "the only solution is the white revolution".

North Korea says it has no plans for talks with the United States.

In Independence Day speech, Trump condemns the left, the media