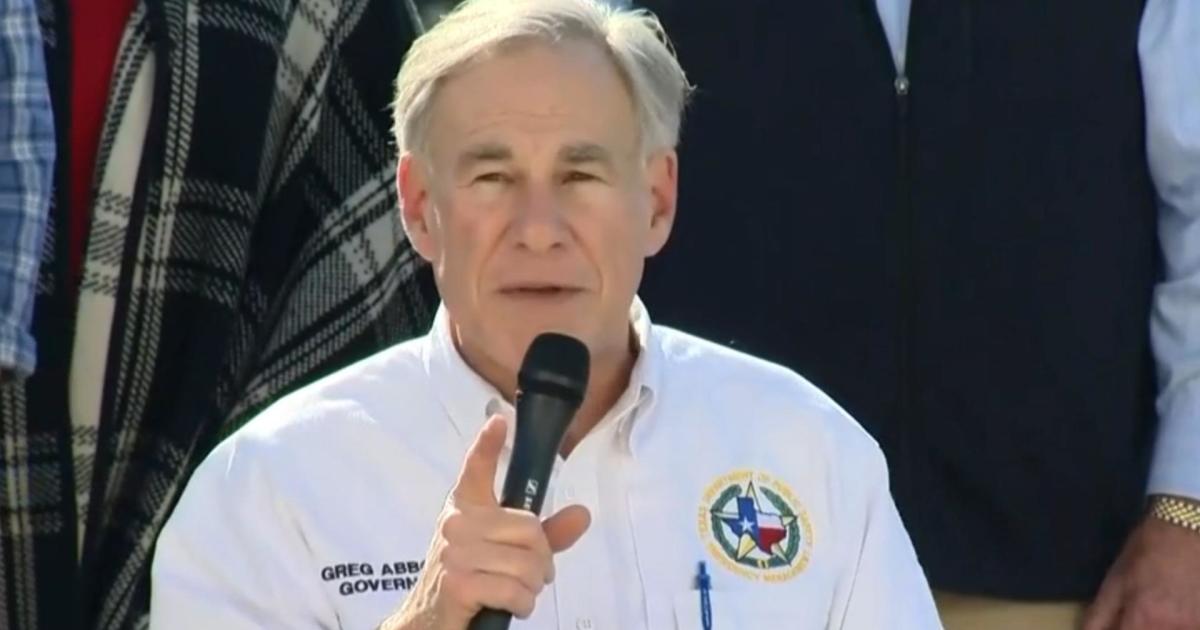 Texas Gov. Greg Abbott said on Sunday that dealing with residents’ rising electric bills is the “top priority” for the state Legislature, and said there will be a moratorium on disconnections of customers for non-payment. As the power went out amid deadly freezing temperatures, Texans who didn’t have a fixed electricity plan increased their bills due to market costs, with some reporting their bills as high as tens of thousands.

Abbott and the Legislature held an emergency meeting Saturday to find ways to “protect” residents from the bills being shot. “Texans who suffered very cold days without power should not be subject to skyrocketing energy bills due to a surge in the energy market,” Abbott said Sunday.

There are about 30,000 Texans who had no power as of Sunday afternoon. Abbott said it expected power to be restored to the entire state Sunday night.

In addition to the crisis of skyrocketing electricity bills, Texas also faces two other immediate crises: food shortages and lack of access to drinking water. Abbott said Sunday that it is suspending regulations on trucking so that drivers are on the road and deliver food to grocery stores quickly. It also suspended regulations on kitchens to prepare food as long as it meets state health guidelines.

Abbott also said the state will distribute “Meals Ready to Eat,” or MREs, and requested a USDA disaster declaration to help distribute food.

Abbott is also bringing in plumbers as residents try to deal with broken pipes. He urged anyone in trouble to call a plumber as soon as possible, as well as to call insurance companies.

In addition to the immediate triple crisis, Abbott said Texas will now winterize all energy sources.

“We should never run out of power again,” Abbott said. “Texas is the energy state, we have to make sure we translate that into power generation to make sure the power stays on.”

On Saturday, President Biden issued a major disaster declaration, making 77 of the 254 Texas counties eligible for federal funds to assist with recovery efforts.

Temperatures plummeted across the state last week, prompting an increase in energy use that caused the power grid to shut down. At least 30 deaths have been attributed to the storm in Texas, including a grandmother and three elementary school-age children who died in a house fire in suburban Houston.

Warmer temperatures over the weekend caused the snow to melt.