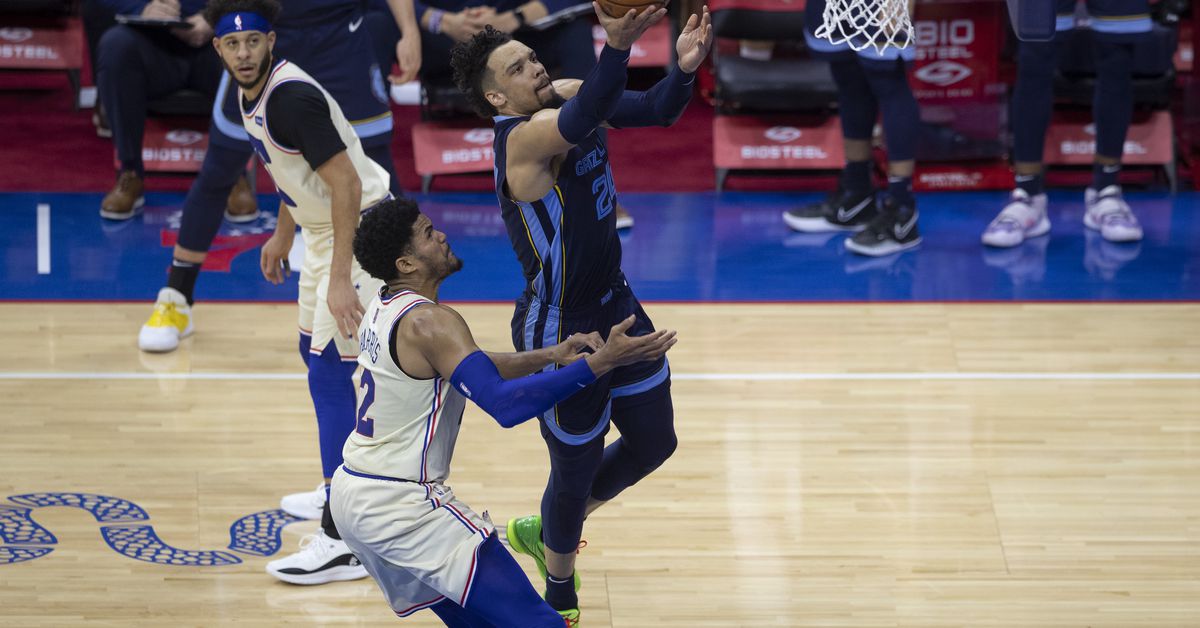 Tonight, the Sixers lost to the Memphis Grizzlies at home, 116-100.

It was a listless affair from the first Philadelphia ad. For much of the first half, the team’s defense kept the game relatively close. However, the defense fell apart in the third, giving up 45 points to the Grizzlies in that span as the offense continued to sputter.

Joel Embiid stayed out of the game in an effort to be cautious of the big man, who returned from a three-week absence (knee) on Saturday. Mike Scott started in his place.

Ben Simmons struggled once again, scoring just seven points in 26 minutes and failing to clinch significantly at either end of the court.

Tobias Harris had 21 points on 14 shots and eight rebounds in 20 minutes.

Failing to capitalize on the opportunity to regain sole possession of the No. 1 seed in the Eastern Conference, the Sixers remain in a virtual tie with Brooklyn at the top of the standings.

This was the team’s third game in four nights. The Sixers now have a day off Monday before a Boston meeting with the Celtics on Tuesday night.