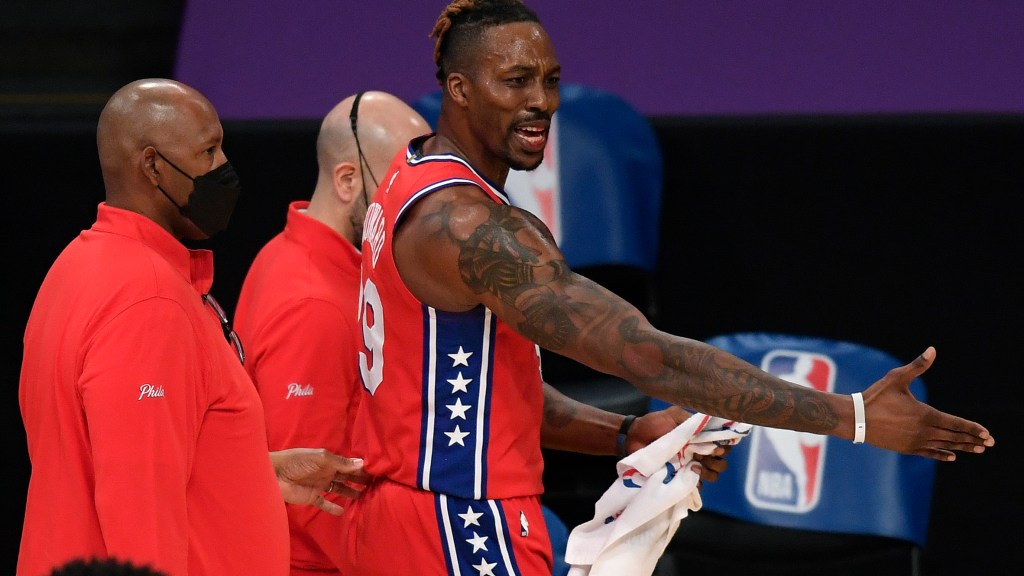 The Philadelphia 76ers were in a difficult position Thursday night when they only had one true center on their roster after the trade they made to acquire George Hill earlier that day.

The team sent Tony Bradley and Vincent Poirier in the deal that, combined with Joel Embiid’s injury, left the Sixers with only Dwight Howard for center. It was a tough situation to begin with, but then it got worse when the game started.

Howard got into a shoving match with Los Angeles Lakers big man Montrezl Harrell and the two went back and forth during the first quarter and Howard took a first technique in the fourth. During the halftime, Howard collided with Harrell, and was then ejected with a second coach, leaving the Sixers without any true crosses for the remainder of the game.

“I just thought it was a very selfish game,” coach Doc Rivers said. “You have a technology. You can’t get another one. We just have to have better discipline. “

Dwight Howard just got kicked out for this …

It left the Sixers having to roll with Mike Scott and rookie Paul Reed to fill center position for the rest of the night, which made things difficult for both of them.

“I know there is a lot of excitement, but we had a center on our team and he was sent off,” Rivers said. “I was not very happy with it. I know it is an emotional game, but it is a veteran. We have to have better discipline. “