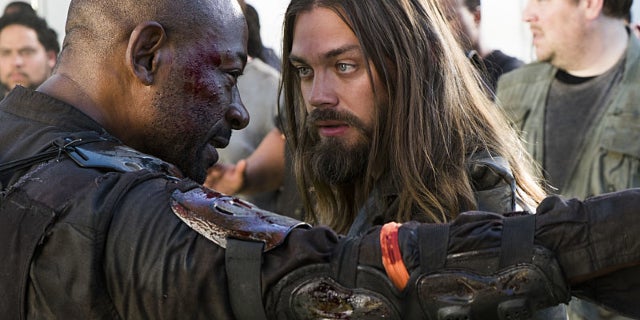 Gregory dropped a bomb on Maggie a couple of weeks ago, reporting to one of the four top leaders at The Walking Dead ] that Negan had a mole inside the colonies. He revealed that someone was feeding the Sanctuary information. The only problem is that nobody knows exactly who the mole is.

Unfortunately, judging from his recent actions, it could be Jesus.

We know that Jesus is a peaceful guy, and he wants to stop fighting and save as many lives as possible. In the last episodes, it has taken that feeling to a new level.

There is a whole group of hostages held in Hilltop, thanks to the advice of Jesus. No one else in the group wanted to keep them close. Both Tara and Morgan fought hard against the decision, but Jesus stood firm, refusing to allow anyone to die.

He did the same in the outpost during the attack. Tara was about to kill a Savior, but Jesus felt sorry, avoided the man and tried to convince his colleague that he should have the opportunity to love. Quickly after that, the Savior turned against Jesus and tried to kill him and Tara.

Jesus learned that no Savior can be trusted, but even so he chooses to let them live. No one else on Rick's side shares his ideals, and it's definitely cause for concern.

It could be argued that Jesus is doing the right thing. At the same time, one could say that his penchant for survival is unusual at this time. Is it possible that I keep the saviors away because he has been working with them all the time?

Maybe we have the answer tonight when a new The Walking Dead is broadcast by AMC.