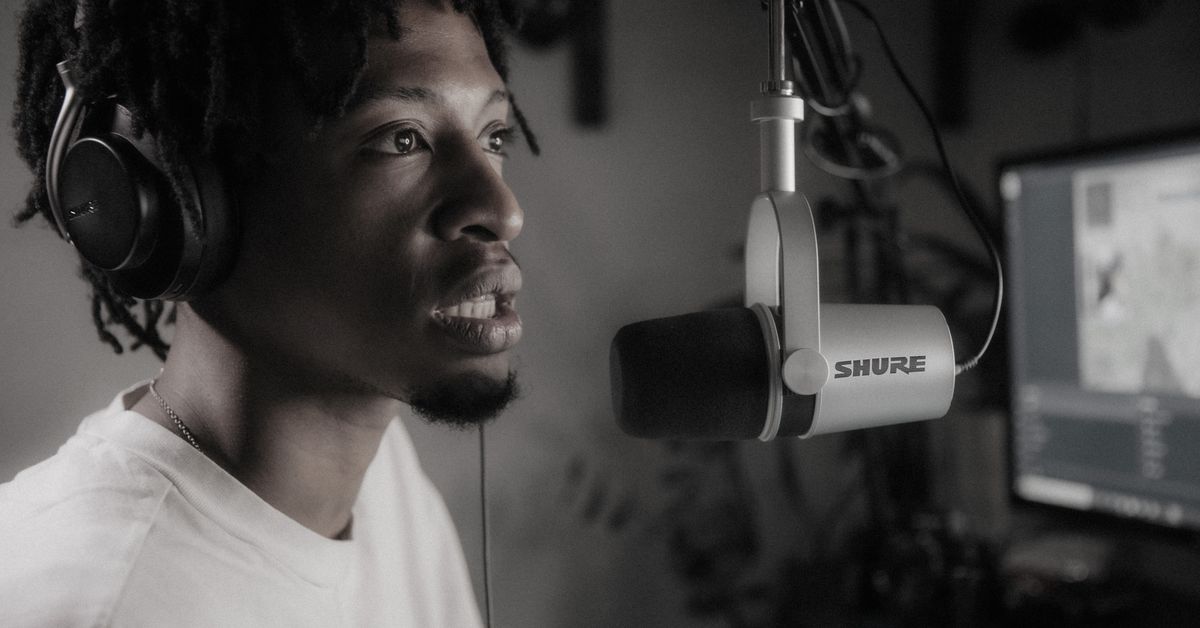 Microphone company Shure, which has products in almost every recording studio, has finally released its first hybrid USB / XLR dynamic microphone, the MV7.

The MV7 was designed as an affordable alternative to the SM7b, Shure’s standard radio broadcast dynamic microphone. If you were to run into almost any radio studio or a high-budget podcast studio, you would most likely find Shure’s SM7b – but the cost of preparing the SM7b Studio is too much for a podcaster to start. The SM7b is $ 400, but to boost the signal you also need some kind of recording interface (starting at about $ 100) and a pre-amplifier to record in your computer. (Shure recommends Cloudlifter, which starts at $ 150.)

The Shure’s MV7 is a low-budget option, providing an all-in-one microphone / audio interface with a plug-and-play experience at $ 249.

The MV7 also provides built-in EQ and compression settings and presets controlled by Shure’s MOTIV app when plugged into USB. Although you cannot control the internal settings when using the XLR output, you do not need a cloudlifter or phantom power to boost the signal when plugged into another audio interface.

Shure says the MV7 is not quite as good as the SM7b, but it does provide the frequency response and tonal quality of broadcast-style dynamic microphones. The SM7b sounded much better than the MV7 out of the box in its brief comparison. However, “Tone” is preset on the Prewit app (Dark, Natural, and Bright), which drastically changes the sound of the MV7. Shuer states that the “dark tone” setting is designed to bring BBC-style sound to the recording, while the “bright” setting sounds more like a DPR. This is a great setting for live-streaming rather than recording, as it is something you can do in post-production if you have the know-how.

One thing to note is that Shure is still sticking with Micro USB for the MV7 instead of moving to USB-C, stating that they already have Shure-made cables, which their other products like the MV88 + And MV51, and are also used in. They do not require the high speed that USB-C has to offer.

Since Shure has been a trusted brand in the microphone space, the MV7 seems a promising alternative to podcasting, streaming and voice-over work for anyone who wants to upgrade their microphone setup while still using the built-in USB Maintains flexibility. Interface. Bringing a broadcast-style dynamic microphone to this location is worth the effort, as it has been used in radio for decades.