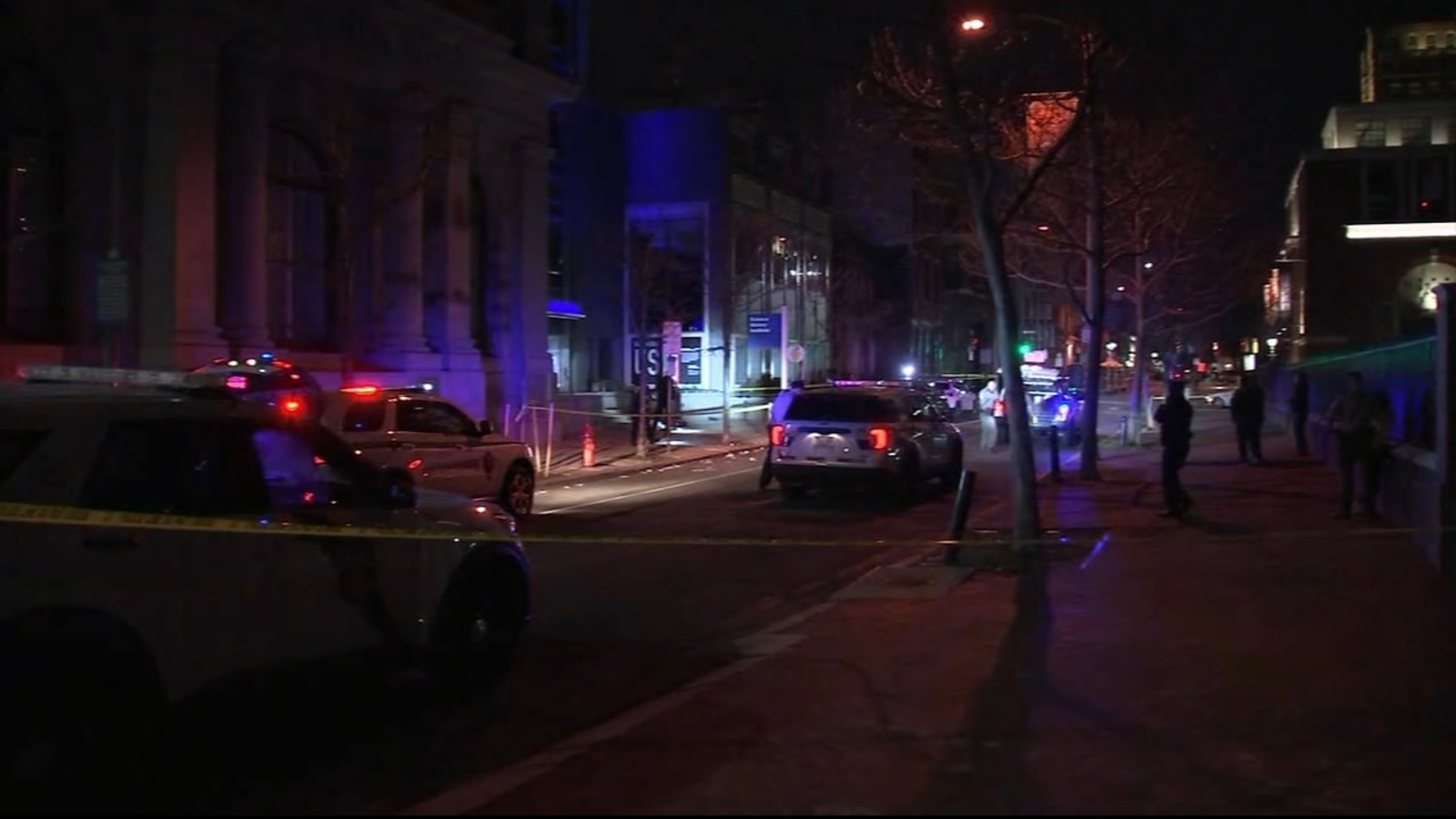 PHILADELPHIA (WPVI) – A man died while walking in the Old City section of Philadelphia on a violent city-wide night that saw three more shot dead and more wounded.

A 25-year-old man and his girlfriend were walking near 3rd and Chestnut streets around 9:30 p.m. Monday when shots were heard, police said.

According to authorities, four men jumped out of a truck and fired a volley of bullets near the Institute for the History of Science in the heart of the Old City. At least 27 shell casings were fired.

The man was hit in the chest and died at the scene.

“It is very rare that we have shootings in this particular area. This victim was shot many, many times. As far as I know, there was no exchange of words, no robbery, no fighting. So it looks like they jumped out of this vehicle pointing this 25-year-old victim, “said Chief Inspector Scott Small of the Philadelphia Police Department.

According to Small, the four suspects shot the victim.

Police believe the suspects escaped in a gold or silver minivan with Maryland tags.

The bloodshed in the city did not stop there.

Philadelphia police officers were scattered around the city from Monday night to Tuesday morning due to multiple shootings.

Earlier in the evening, police said a 41-year-old man and a 50-year-old man were shot around 5 p.m. in the 6100 block of Carpenter Street. Both men are in stable condition.

A man was injured in a shooting in the 1200 block of Parrish Street in North Philadelphia shortly after 6:30 p.m.

The officers who arrived found a 30-year-old man who was shot several times in the hands and legs.

He was taken to the hospital in critical condition.

Around 7:13 p.m., police said three people were shot in the 400 block of Annsbury Street in Hunting Park. A 32-year-old man was beaten multiple times during a cookout, police said. Later he died in hospital.

A 29-year-old woman and a 22-year-old man were also shot. Both victims were included in stable condition in an area hospital.

Around 9 p.m., police said a man was shot inside a business on the 2500 block of Ridge Avenue in Brewerytown. He is in stable condition at an area hospital.

Just after 11 p.m. Monday, a man was killed in a shooting in West Philadelphia.

Police said the shooting occurred in the 1500 block of North 62nd Street.

The victim, a man who appeared to be in his 20s, was shot multiple times while sitting in the driver’s seat of a running van. He was taken to the hospital where he was pronounced dead.

Three houses were hit by stray bullets. No one inside the houses was injured.

“We are very fortunate in that regard,” Small said.

In total, police said 38 shots were fired in this incident from at least two separate weapons.

The victim’s vehicle was hit more than 20 times by gunfire, police said.

Officers found numerous surveillance cameras on the block that they hope will lead to the suspect.

Around midnight Tuesday, police were called in to a shooting in North Philadelphia.

According to police, the suspect fired at least five shots at 9th and Luzerne streets.

The bullets entered the driver’s door of a car and struck a man, believed to be in his 30s, who was sitting in the passenger seat.

They shot him twice in the chest and took him to hospital where he died.

There was no one else in the vehicle.

Small said some of the bullets went completely through the vehicle, exiting the passenger side and hitting another parked car.

Small said no spent shell casings were found at the scene, meaning a revolver may have been used.

Many businesses in the area have surveillance cameras that could help with the investigation.

No arrests have been made in connection with these shootings. Anyone with information should call the police at 215-686-TIPS.