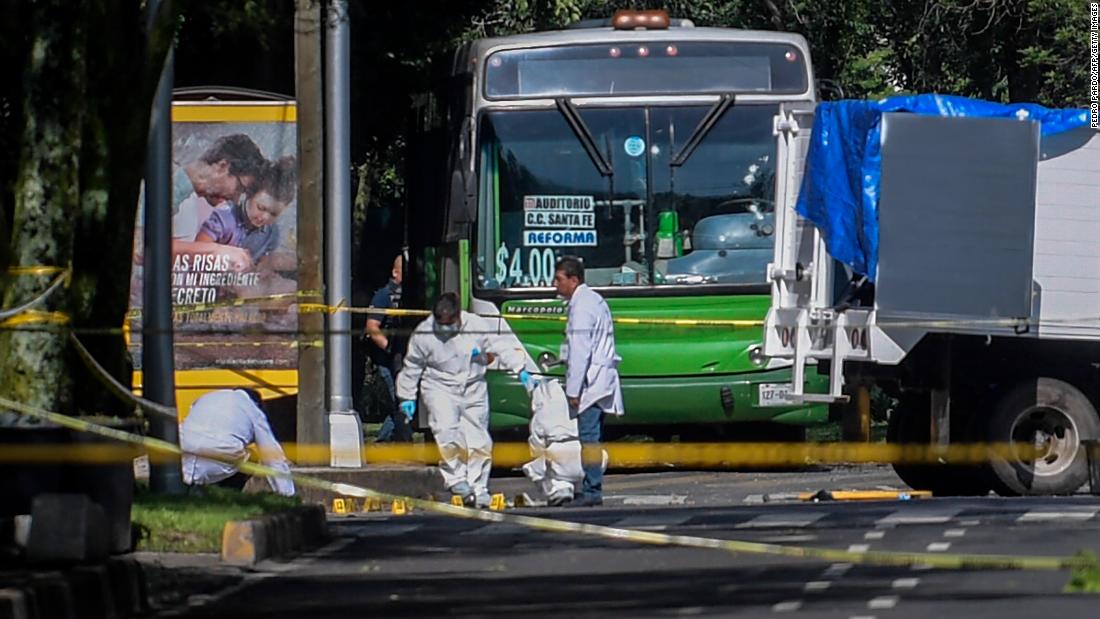 Sheinbaum said a woman and two policemen were killed in an attack on García Harfuch’s caravan.

García Harfuch is in good condition and is recovering in a hospital, according to Sheinbaum. After the attack, García Harfuch said on Twitter that he believed the attack was perpetrated by the Jalisco Nueva Generación (CJNG) drug cartel.

“This morning we were cowardly attacked by the CJNG. Two colleagues and friends of mine lost their lives. I have three gunshot wounds and several fragments. Our nation must continue to confront cowardly organized crime. We will continue to work,” he wrote. .

However, Mexican security secretary Alfonso Durazo said hours later that the cartel’s participation “is one of the hypotheses in the investigation.”

The SUV in which García Harfuch was traveling was hit by .50 caliber shots, Sheinbaum said during a press conference on Friday afternoon.

Police have detained 12 suspects, according to the Mexico City Attorney General’s office.

Security camera images obtained by CNNE show the moment when two vehicles, one of them a large truck, and at least 10 men intercepted the caravan of the security secretary and opened fire with high-caliber weapons.