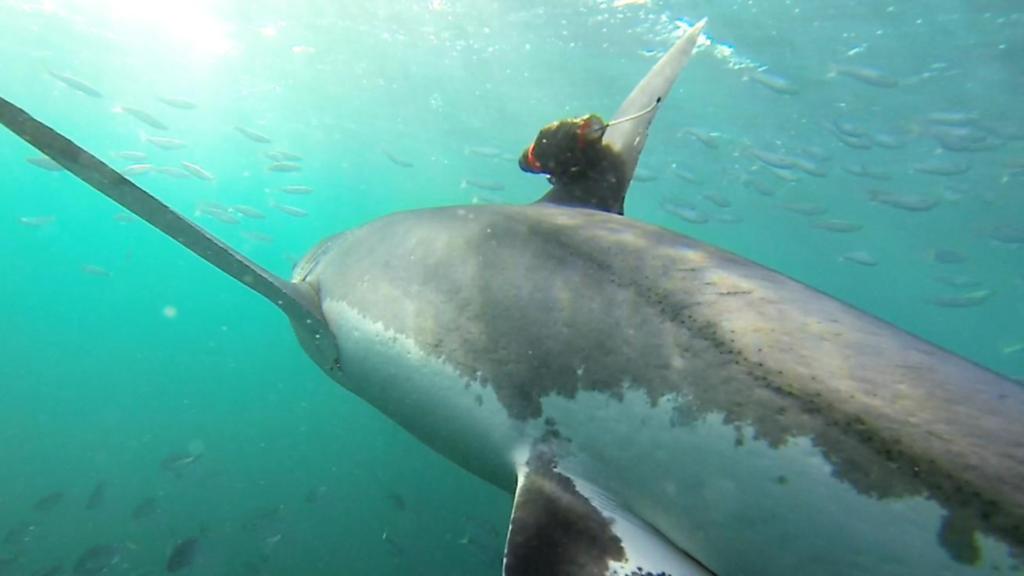 Sharks are more agile than scientists thought, as they have revealed innovative images of great white fins.

He and a team of scientists attached trackers with video cameras to eight shark fins and collected 28 hours of images of each animal.

"The cameras allow us to see what is happening below the surface. "The rest of the technology is like an adjustment bit: a motion sensor that can see every movement a shark makes," Jewell said.

"We can see how they interact with their environment in real time, and they are able to make quite spectacular 180 degree turns in the algae forest."

Jewell, a researcher at the Center for Sustainable Aquatic Ecosystems at Murdoch University, said that in the past scientists had to guess how sharks sailed in the foliage.

"We knew that seals used kelp forests when there were sharks and sharks hung around them, but we could not see what was happening," he said. "But now we can see that they go inside and are actively looking for stamps."