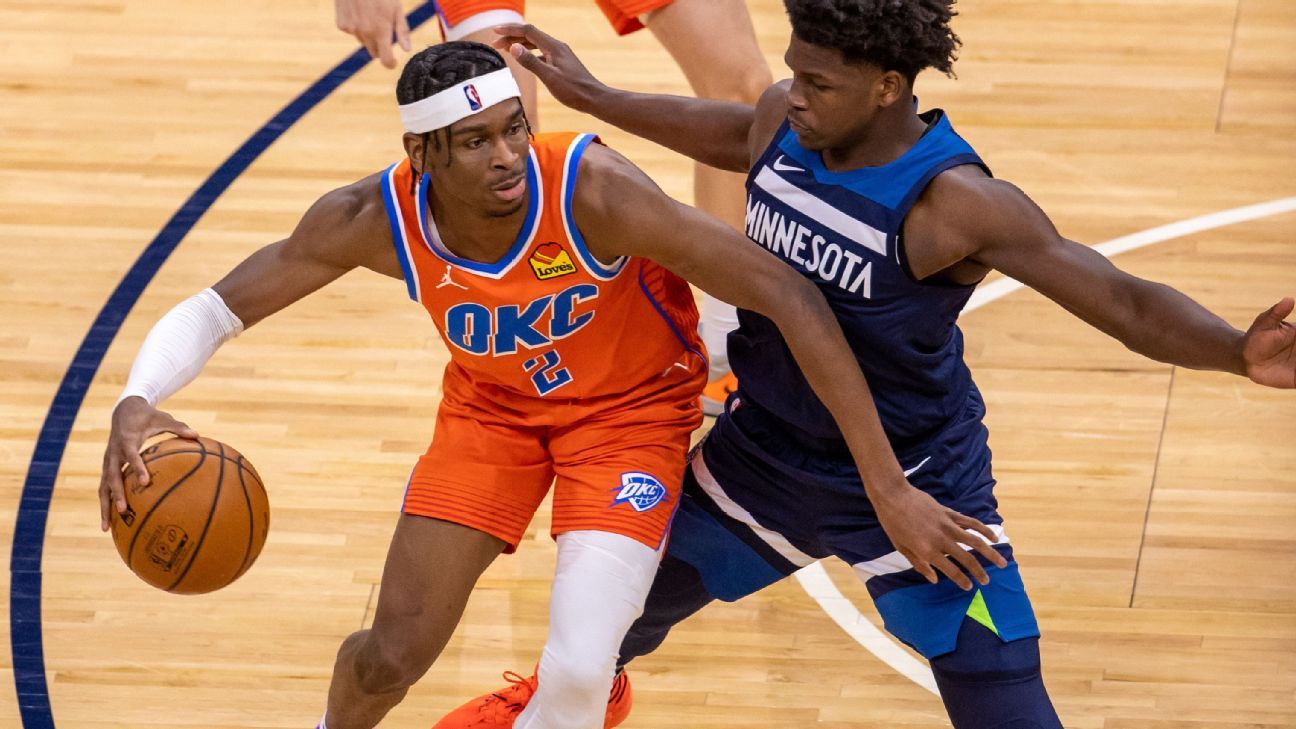 Oklahoma City Thunder guard Shai Gilgeous-Alexander is expected to lose a “significant amount of time” with plantar fasciitis in his right foot, according to coach Mark Daigneault.

Gilgeous-Alexander was added to the injury report Wednesday, and did not adjust for Oklahoma City’s 116-107 loss to the visiting Memphis Grizzlies.

“I think it came in this morning and that’s when we started unpacking it,” Daigneault said of the injury. “I don’t have a ton of details to be honest with you. It happened pretty quickly today.”

Daigneault said there is no set timetable for Gilgeous-Alexander’s return, only that “it is not day to day; it will be a more significant amount of time.”

The coach indicated that the injury did not occur on a particular play and that in all probability it is “a little more cumulative” due to the wear and tear of the condensed season.

Gilgeous-Alexander, which leads Oklahoma City with 23.7 points per game, is averaging 34 minutes, the best for the team.

“Like I said, he’s a higher minute player who’s done a lot of miles so far this season after a short offseason,” Daigneault said.

At 19-25, the Thunder are 12th in the Western Conference standings.