SF projects gave COVID figures for worst case scenario, but how correct are they? 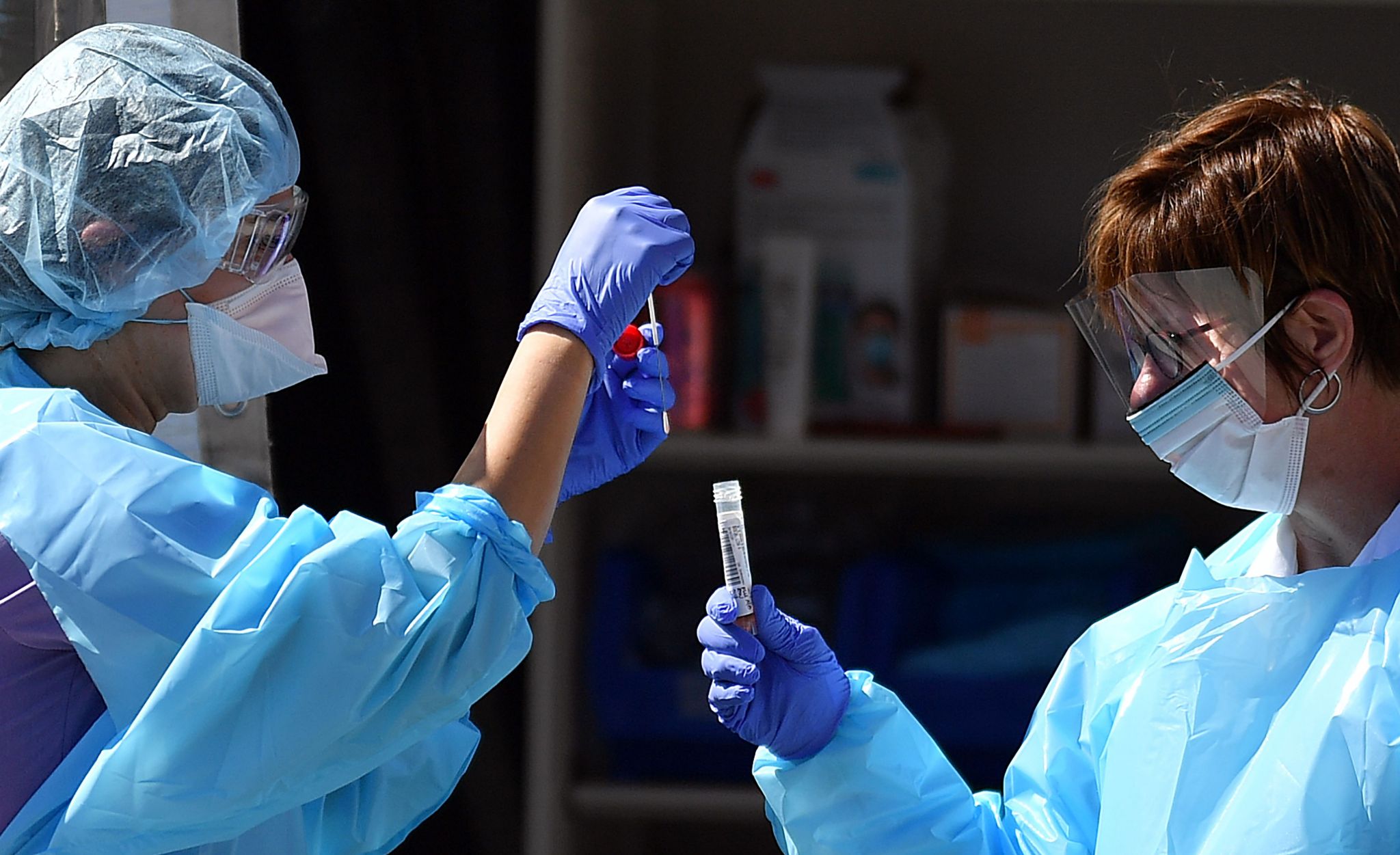 While the coronovirus grows again in San Francisco, city officials are pushing for the worst possible outcome: a massive transition from declines, possibly overloading the city’s health care system, and a sharp rise in the city’s dying toll .

In a virtual press conference on Thursday, San Francisco Department of Public Health Drs. Grant Colefax confirmed that the number of hospitalized COVID patients is higher than before, underscoring the urgent need for city residents to self-correct to reduce the spread of the virus. During the last peak in April, 94 people were hospitalized. Six weeks ago, the figure dropped to 26. But by the end of July, the number of hospitalizations increased to 107. One-quarter are in intensive care, Colefax said.

“In just 10 days, this month we moved from 5,000 to 6,000 cases of COVID-19,” he said. “Let me be clear: we are in a big boom of COVID-19. The virus is moving fast and more and more people are getting sick. If it continues at current rates we estimate on average that our There will be more than 750 San Franciscones nearby. The hospital by mid-October and over 600 deaths from COVID-19 in 2020. [The] In the worst case we have 2,400 hospital and 1,800 deaths. These scenarios become more likely as each day coincides with current trends. “

Such figures look horrifying, but at this point, they are still being stopped. The city has recorded 6,423 cases and 58 deaths till Thursday. Colefax said San Francisco’s hospitals are not overwhelmed as if they were in New York, but it is “very encouraging that we have reached this point.”

Dr. George Rutherford, professor of epidemiology at the University of California at San Francisco, mostly agrees with the city’s assessment and current estimates. While the current R0 score is only north of 1 – significantly lower than a week or so earlier – the data still weighs on predictability for the city’s near-future potential.

“They have been accurate in the past,” Rutherford says ahead of estimates by 4-6 weeks. “As you go forward it’s someone’s guess. We use a variety of inputs to predict where things might happen, [but] It’s not like we have a pool about it or are betting on it. They are aimed at planning. if [Colfax] Putting those numbers there, that’s what they are planning. “

As to what could happen later this year, Rutherford is less certain about the city’s projections. While the notion that more than 750 people can be hospitalized daily is laudable, he is not so sure about the estimated 600 deaths, noting that “it seems so far away.”

“But if it starts getting back into nursing homes or if we infect so many young people then we see them spreading to the ICU and mortruises become very problematic,” he said.

For those worst case numbers? It is still difficult to say. There is a possibility that this may happen, Rutherford says, but this result is far from certain at this point. “That’s the problem with modeling too far,” he says, “you get broad numbers, but you’ve got to plan on something.”

All this aside, the future scenario is that Rutherford is not really strictly concerned about coronovirus – it is also about the flu. “Is everyone slow to get flu shots, and are we going to start flooding emergency departments with people with influenza and people with COVID at the same time?”

It’s a scary thought, but the best way for San Francisco to stop hospitals is to follow recommendations from the Department of Health – to do things that are within their power.

“They can stay home when they are sick, they can avoid going indoors, they can take flu shots,” he says. “That’s what they can control.”

And they should follow the advice given again on Thursday: “Please wear a mask. It’s not as hard.”