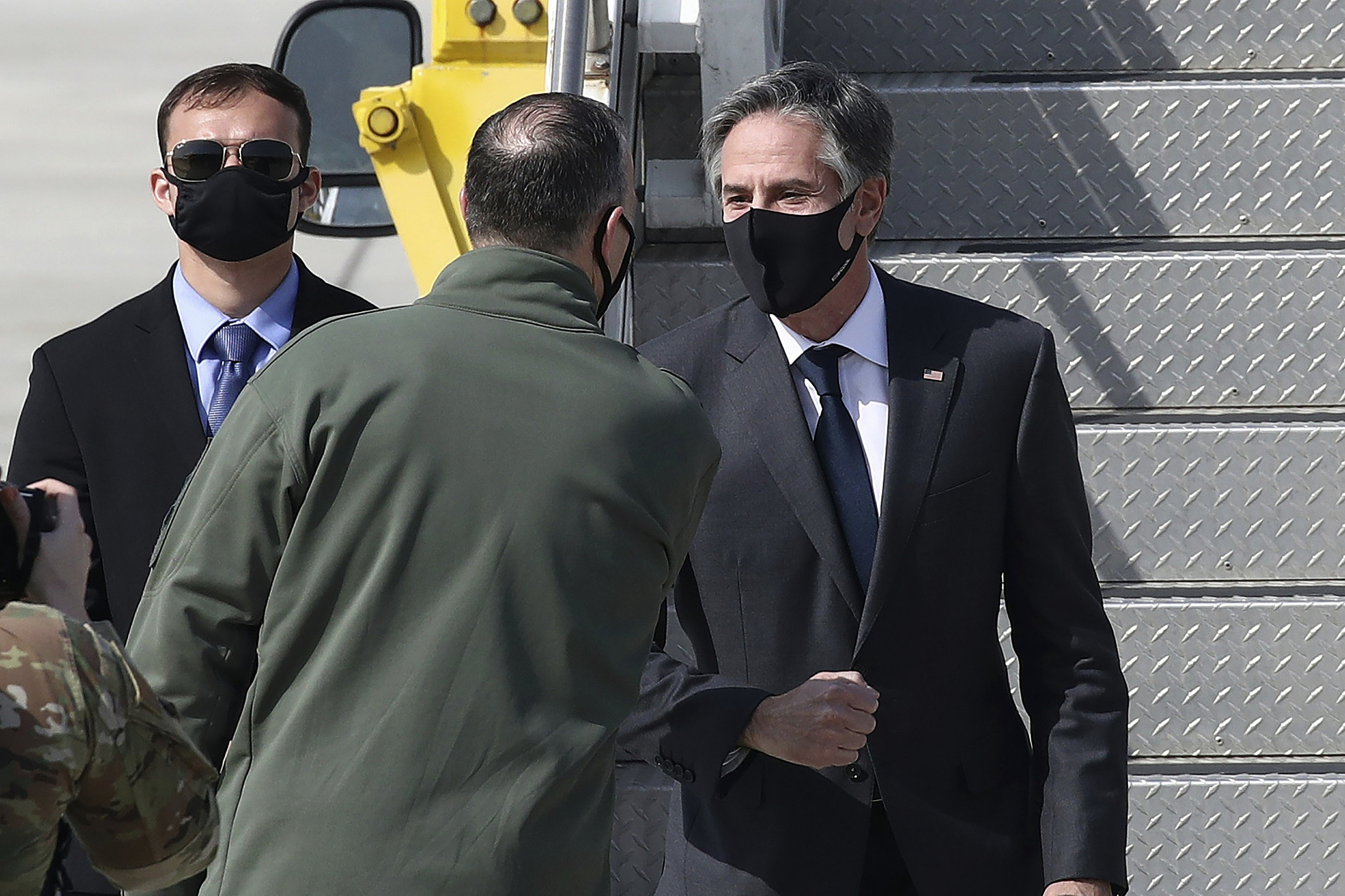 SEOUL, South Korea (AP) – Fresh off a stopover in Tokyo, President Joe Biden’s top diplomat and defense chief traveled to South Korea on Wednesday, a day after North Korea made sure to get his attention. and he warned the United States “to refrain from causing a stench” amid stalled nuclear negotiations.

How to get North Korea back into the talks will be a major focus when Secretary of State Antony Blinken and Defense Secretary Lloyd Austin meet with South Korean officials this week.

It’s been more than two years since the nuclear talks stalled, and some experts say the United States and its allies should settle for a deal that would freeze North Korea’s nuclear program in exchange for easing sanctions, and possibly laying down weapons. already manufactured nuclear weapons from Pyongyang instead. .

Austin and Blinken will meet with their South Korean counterparts for separate talks on Wednesday and a joint “two plus two” meeting on Thursday, the first such contact between the two countries in five years.

South Korea is the second leg of its regional tour aimed at boosting America’s Asian alliances to better meet the growing challenges of China and North Korea. While in Tokyo on Tuesday, they joined forces with Japanese officials to criticize China’s “coercion and aggression” and reaffirm their commitment to rid North Korea of ​​all its nuclear bombs.

US-led diplomacy on the latter issue has been in limbo since a February 2019 summit between President Donald Trump and North Korean leader Kim Jong Un collapsed over disputes over US-led sanctions. Since then, Kim has threatened to expand his nuclear arsenal in protest at what he called hostility from the United States.

On Tuesday, Kim’s sister and a senior official in his own right, Kim Yo Jong, criticized the United States for its ongoing regular military exercises with South Korea, which North Korea views as an invasion rehearsal.

“We take this opportunity to warn the new US administration,” Kim Yo Jong said in a statement. “If you want to sleep peacefully for (the) next four years, you’d better refrain from causing a stench in the first step.”

Some experts say that Kim Yo Jong’s statement is a pressure tactic and that Pyongyang may try to further increase animosities with weapons tests to increase its influence in future negotiations with Washington.

When asked about Kim Yo Jong’s statement during a press conference in Tokyo, Blinken said he was familiar with the comments and was more interested in hearing from allies and partners.

Blinken said Washington reached out to North Korea through various channels starting in mid-February, but has not received any response. He said the Biden administration hopes to complete its review of North Korea policy in the coming weeks and is looking for possible “additional pressure measures” and “diplomatic avenues.”

Shim Beomchul, an analyst at the Seoul-based Korea National Strategy Research Institute, said he hopes the Biden administration will seek a deal with North Korea that resembles a 2015 deal that froze Iran’s nuclear program in exchange for lift sanctions. While the United States will likely not renounce its long-term commitment to denuclearize North Korea, reducing the country’s nuclear capabilities to zero is not a realistic short-term diplomatic goal, he said.

Trump blew up the 2015 Obama administration agreement in favor of what he called maximum pressure on Iran, and the Biden administration is trying to resuscitate it.

In a 2018 New York Times op-ed, Blinken, then managing director of the Penn Biden Center for Diplomacy and Global Engagement, argued that the best deal the United States could reach with North Korea “is more than likely resembles what Barack Obama achieved with Iran. ” He said an interim agreement “would buy time to negotiate a more comprehensive agreement, including a carefully sequenced roadmap that will require sustained diplomacy. That’s the approach Obama took with Iran. “

Other experts say an Iran-style deal won’t work for North Korea. Iran has not built any bombs, but North Korea has already made dozens. They say North Korea, which has a history of derailing deals with its vehement rejection of verification processes, will find no reason to denuclearize when some of the most painful sanctions are lifted.

“Everyone can easily say that (settling for) a nuclear freeze would allow North Korea to preserve its existing nuclear weapons. But I ask you what other options you have ”to realize the denuclearization of North Korea, said Kim Yeol Soo, an analyst at the South Korean Institute of Military Affairs.

Another possible topic during the US-South Korean talks is whether South Korea should actively participate in US-led efforts to curb China’s growing strength in the region.

South Korea is a long-time ally of the United States and is home to some 28,500 American soldiers. But its economy relies heavily on trade with China, making it difficult to take any steps deemed provocative for its biggest trading partner. When South Korea allowed the United States to install a missile defense shield against North Korea on its soil in 2017, it suffered economic retaliation from China, which views the system’s radar as a security threat.

South Korean Defense Minister Suh Wook told lawmakers on Tuesday that the United States had not formally proposed that South Korea join an expanded format of the so-called “Quad” group that includes the United States, Japan, Australia. and India, and that the Americans are unlikely to make such a proposal during this week’s talks.

China has called the Quad an attempt to contain its ambitions.

Kim Yeol Soo said the allies will likely discuss Seoul joining an expanded Quad format, known as Quad Plus, though they will never announce it publicly to avoid angering China. Kim said it would be “prudent” for South Korea to join the Quad Plus to express its views clearly and avoid being sidelined on issues related to Seoul.