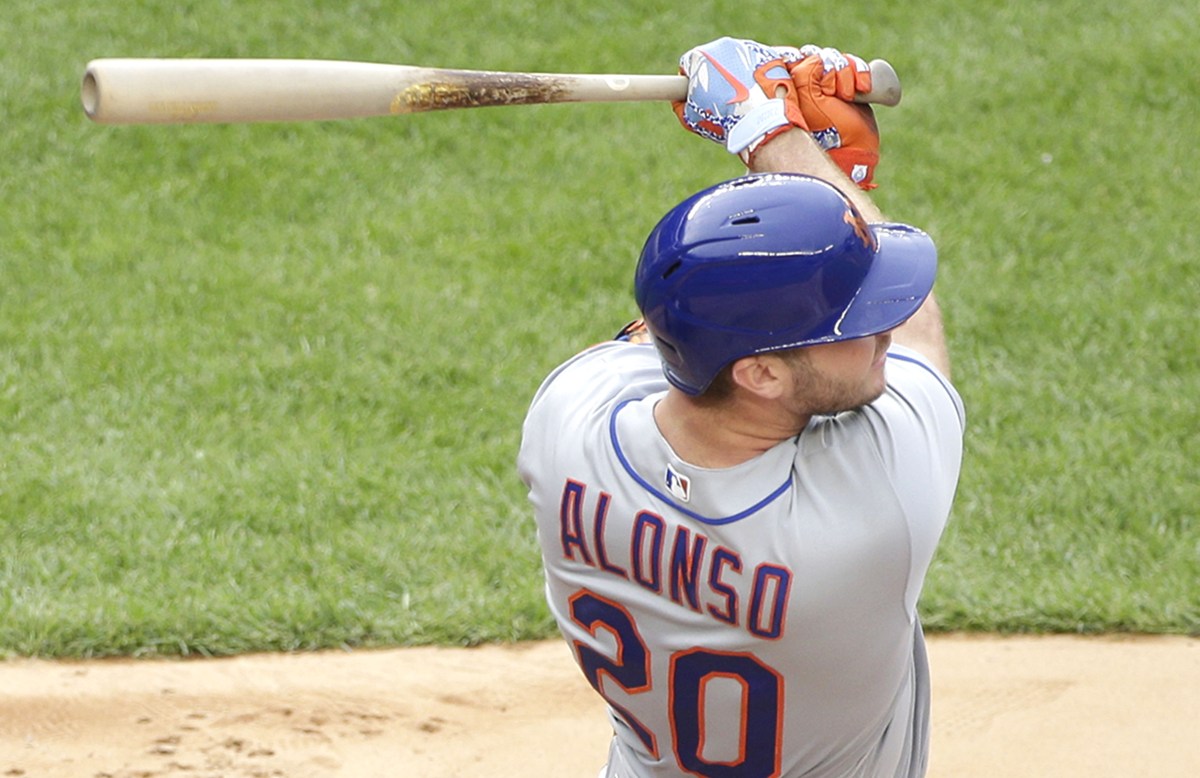 Philadelphia – After his latest disappearing act, Pete Alonso was sent back in the bench on Wednesday night.

The Mets slugger was 1-for-17 in the last four matches, following a breakout week in which he competed five times in seven matches. Alonso dropped five runners on Tuesday based on Phile’s loss.

“We’re trying to get that stability part,” manager Luis Rojas said. “We’ve seen Pete’s swing be where it needs to be, and then a few steps back. It’s one of those days’ plans and make some adjustments, and he’ll be ready off the bench.”

Alonso leads the Mets with 11 homers, but has produced in stripes. Rosas notes that a lot of Alonso’s struggles chase down the breaking balls.

“We are looking for an adjustment for them and creating consistency over the last 12 games,” Alonso said.

With Alonso on the bench, Rosas strengthened the defense by starting Todd Frazier at third base and transfer JD Davis to DH. Most of Alonso has recently come on as DH, with Dominic Smith largely stuck in first base.

Steven Matt was dropped from the list of available relievers as Rosas is considering an opening assignment for the left-hander this weekend. The Mets will have to appoint a fifth starter on Saturday against the Braves.

Even with Jeff McNeill’s recent Hot Streak, Roses has committed to Brandon Nimmo in the leadoff spot with Michael Conforto. This left McNeill in seventh place.

“McNeil has responded well to Mara there, but we’ve assumed [a switch], ”Said Rosa. “We like McNeil in traffic.”

Dallin Betances has continued his rehab at the Mets’ alternate training site with a small strain, but Rosas indicated there are no plans for the veteran reliever to return.

“The timeline is uncertain,” Rojas said. “Let’s see how we are getting closer when we get more clarity in the next few days.”